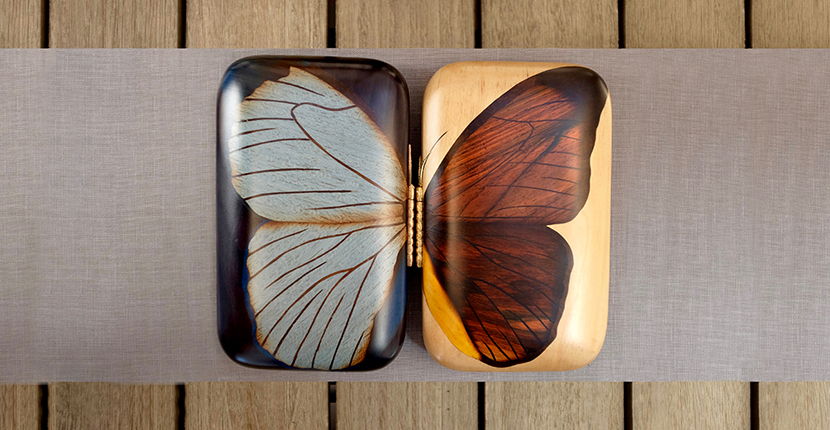 In celebration of the Olympic Games in Rio, The Adventurine is putting the spotlight on Brazilian jewelry designers.  The nation has a rich history of mind blowing work.  It’s a legacy that continues to this day.  One of the most sensational  contemporary Brazilian designers is Silvia Furmanovich.  She has made her presence known internationally by serving up styles that sound impossible on paper.  In 2015, Silvia won the esteemed Innovative award at the Couture jewelry show for earrings made of actual orchid leaves, diamonds and gold.  This year I had the privilege of presenting Silvia with her second consecutive Innovative award for her Marquetry Collection of gem studded wood jewels at the Couture show held at the Wynn Hotel in Las Vegas. 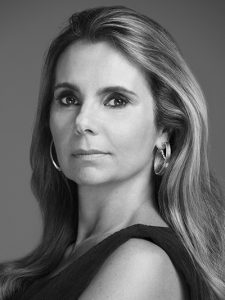 While the earrings and necklaces garnered most of the attention at the presentation, the designer also presented clutch evening bags made with the same centuries old technique.  Like the jewels, the accessories, are manufactured in the Acre area of Brazil.  The Westernmost state of the nation is where Silvia discovered craftsmen working in the style that has roots extending back to 16th century cabinet makers in Antwerp.  The painstaking process employed on Silvia’s designs involves using local reclaimed woods, washing and soaking the woods in water and minerals to enhance the natural earthy colors and piecing little parts together in new designs.

Some of the the Marquetry Collection bags are laid out to look like gems.  Colorful semiprecious stones and gold form the clasps.  Butterflies in flight decorate the side of other clutches.  The bugs have gold and diamond bodies forming the clasps.  Interiors on all of them are lined with suede. 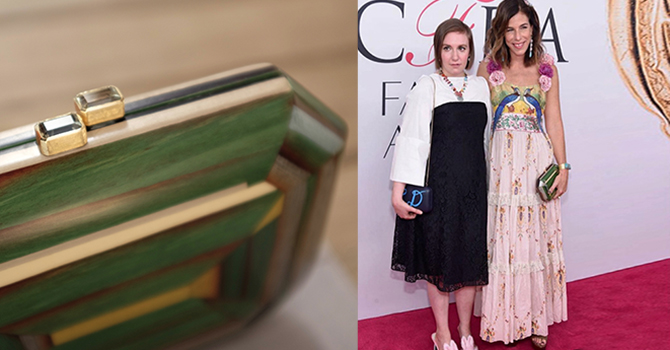 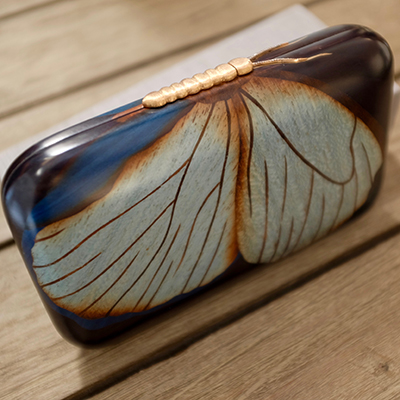 In addition to receiving the Innovative prize from the Couture awards committee, premier members of the press immediately noticed the Marquetry Collection as something special.  The ultimate compliment, however, may have been when a couple of talented jewelry designers at the Couture show found the clutches irresistible.  Irene Neuwirth borrowed a Marquetry clutch in the wood pattern of an emerald-cut gem with 7.92-carats of prasiolite set in gold on the clasp for her turn on the red carpet at CFDA Awards where she was nominated for the Best Accessory Designer of Year.  When Dezso designer Sara Beltran saw the clutches, she knew she had to acquire one.  Sara purchased the blue Marquetry bag with the pattern of butterfly wings on the sides and a rose gold and diamond clasp in the shape of the insect’s body.  “I believe in statement pieces and key pieces when I dress,” explained Sara.  “And this clutch is a piece of art and as well a piece of jewelry.” 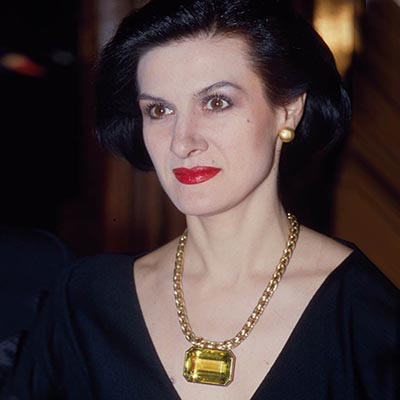 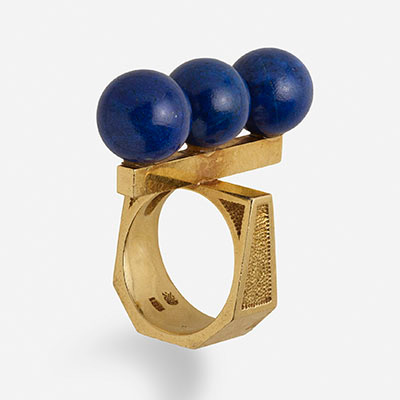 At Auction: A Cool 1969 Moon Ring by Cartier 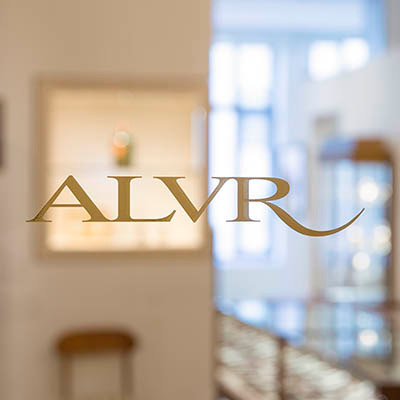 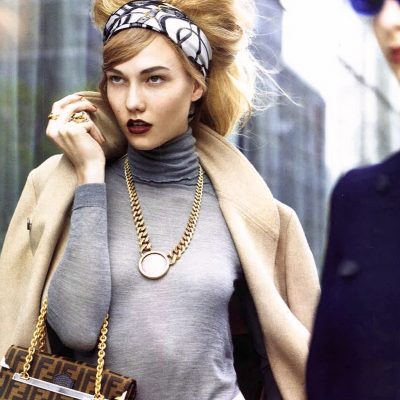 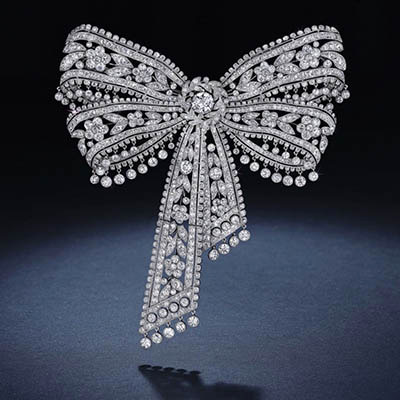