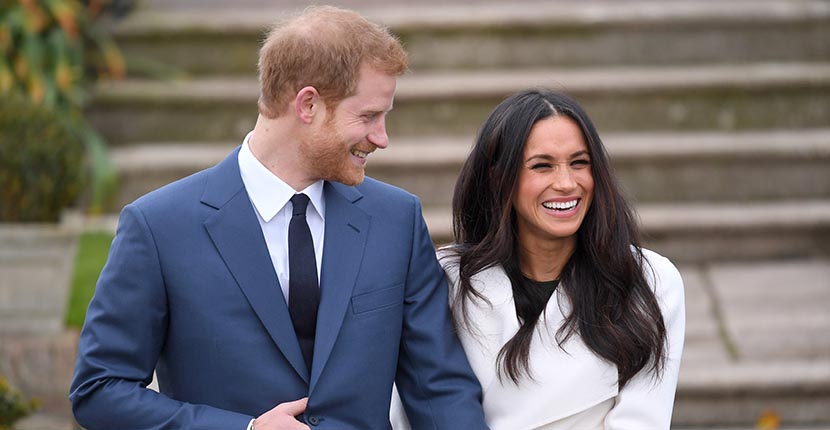 Prince Harry and Meghan Markle officially announce their engagement to the press at Kensington Palace on November 27, 2017 in London, England. Photo by Karwai Tang/WireImage

All the incredible details on the jewel Prince Harry designed

Talk about the best kick off to engagement season ever! Clarence House put out a statement this morning that read, “His Royal Highness the Prince of Wales is delighted to announce the engagement of Prince Harry to Ms. Meghan Markle. The wedding will take place in Spring 2018.” 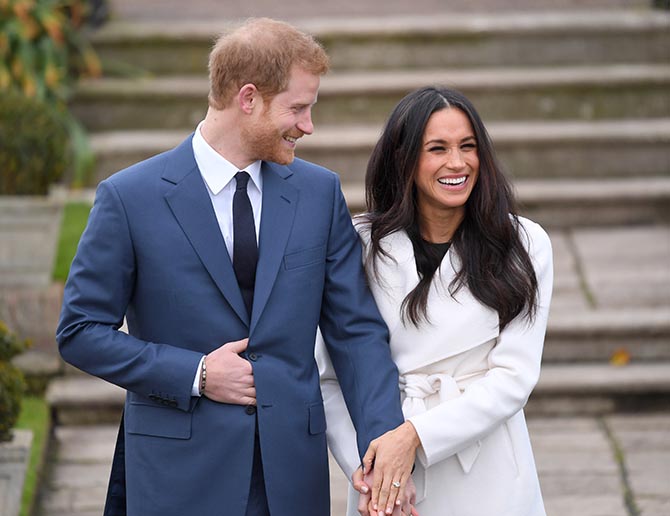 Prince Harry with Meghan Markle who is showing her engagement ring for the first time. Photo by Karwai Tang/WireImage

At the official photocall at Kensington Palace, Meghan gave the public the first look at the ring Harry designed with one of the Queen’s jewelers, Cleave and Company. It features three diamonds. The smaller side stones are round-brilliant cuts from Princess Diana’s collection of jewels. Using family gems for engagement rings is a bit of a royal tradition. Of course, Prince William gave Kate Middleton Princess Diana’s sapphire and diamond engagement ring. For Queen Elizabeth’s engagement ring,Prince Philip used diamonds from a tiara that belonged to his mother.

The larger center stone in Meghan’s engagement ring is new. It comes from the mines in Botswana and reflects Harry’s love of Africa, a place he has visited since childhood and where he vacationed recently with Meghan. As for the size and shape of the center diamond, The Daily Mail is reporting that it’s a 2.5-carat cushion. The metal may look white in the photos, but is in fact yellow gold. Harry explained in a BBC interview, the sunshine metal is “Meghan’s favorite.” 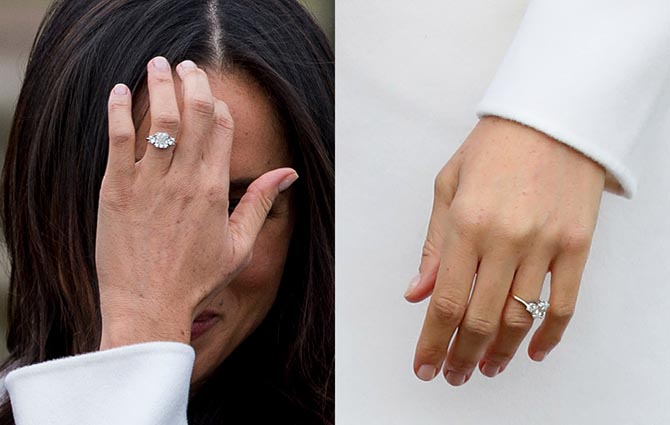 The happy couple has been dating for over a year and the rumors of the possible engagement heated up in the last month when it was announced the actress would be leaving her popular USA drama Suits at the end of the season. The excitement for what Meghan will wear for her royal wedding has now officially ignited the internet. I, for one, can’t wait to see how the stunning American actress wears the crown jewels once she becomes royalty. 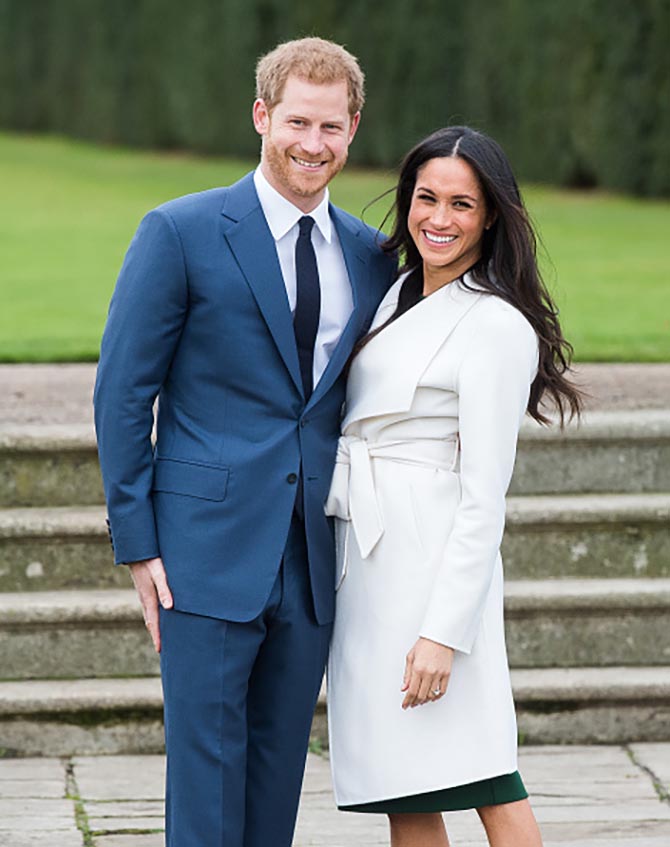 Prince Harry and Meghan Markle wearing her engagement ring during the official announcement of their engagement at The Sunken Gardens at Kensington Palace on November 27, 2017 in London, England. Photo by Samir Hussein/WireImage