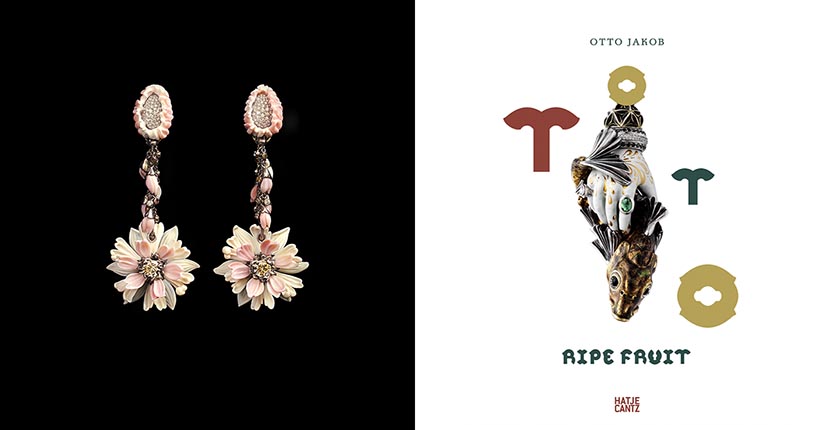 The jeweler’s monograph shows his intricate creations in vivid detail

When German goldsmith Otto Jakob conceives a design he does not think of, say, a mere jeweled leaf. He creates a jewel based on a rare Somalian leaf that he has collected and pondered. He does not construct standard jellyfish earrings. He devises jellyfish earrings that have been inspired by Ernst Haeckel’s lithographs of Medusae. His references are myriad and enticingly specific. His work is intricate beyond belief and has garnered a cult of connoisseurs who have obsessively collected it for decades.

Otto Jakob: Ripe Fruit, published by the Berlin based Hatje Cantz in collaboration with the graphic designers at Studio Frith and editor Angelika Taschen, elucidates the intricate brilliance in his craft. An introduction by the London based jewelry historian Vivienne Becker dives into his methods. 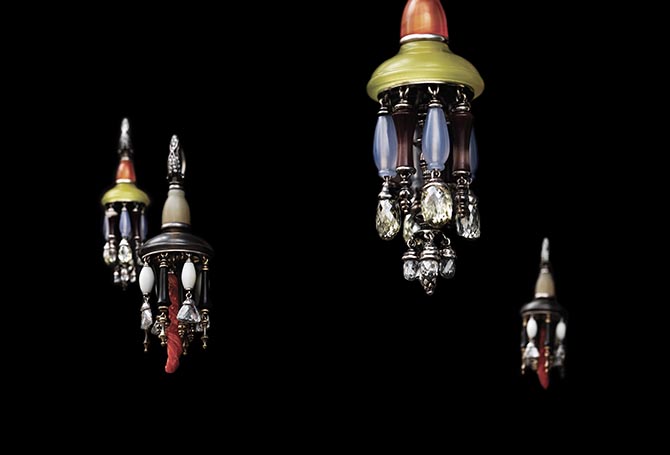 There is a level of fastidiousness that is absent in many jeweler’s work that is abundantly present in Jakob’s creations. As Vivienne Becker points out, Jakob has a manifesto that has guided him in the decades he has been working, and the themes and categories of thought that have occupied him are still ones he works through methodically.

Jakob’s background and training was in painting and many German fine artists were among his first clients when he transitioned to jewelry. His entire technical goldsmithing, gem-cutting, and jewelry-making skills are self-taught. He has sold his work in various German galleries throughout the 1980s and 90s and in New York City with representation from Janet Mavec until 2005. Jakob’s work has also been a staple at TEFAF Maastricht since 2008. 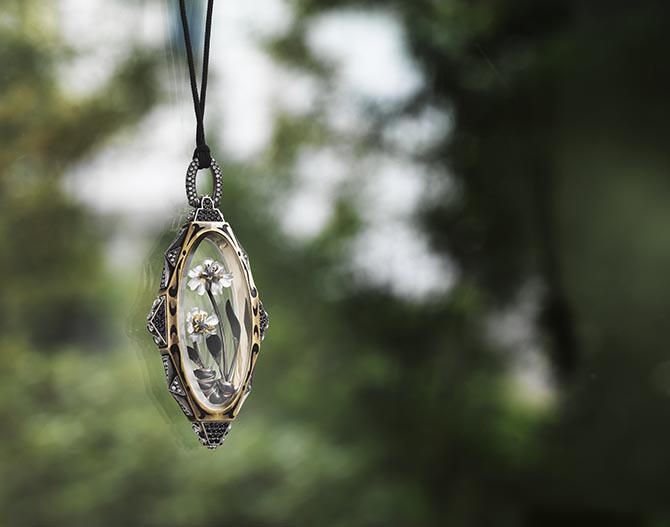 Within the pages of Ripe Fruit, one will find immaculately detailed photography of the goldsmith’s work, as well as sophisticated reference images for the chapter themes. Headers like Insect, Griffin, Hand, Head, Blossom, Column, Ray of Light, Knot, and Capital begin to show the depth and breadth of his mindspace. Symbolism and mysticism also come into play with some of the more amuletic pieces of jewelry. Rock crystal capsules filled with phenomenal natural mineral formations, or enameled hands (that are tattooed and bejeweled themselves,) clasping golden carp or lizards are like relics from a forgotten mythology. He effortlessly conjures in gold the most complex and minute imagery, all that can be worn without showy fanfare. His gemstone choice is adroit, and a definite attention to color and rarity is paid.

The book is currently only available through German Amazon where it has become something of a best-seller in the jewelry category. His work is sublime, and lovers of thoughtful beauty and skilled craftsmanship will find this tome ripe for the picking this holiday season.

Interview with the Author of ‘Stoned’

A Jewel By Jar You Can and Must Get