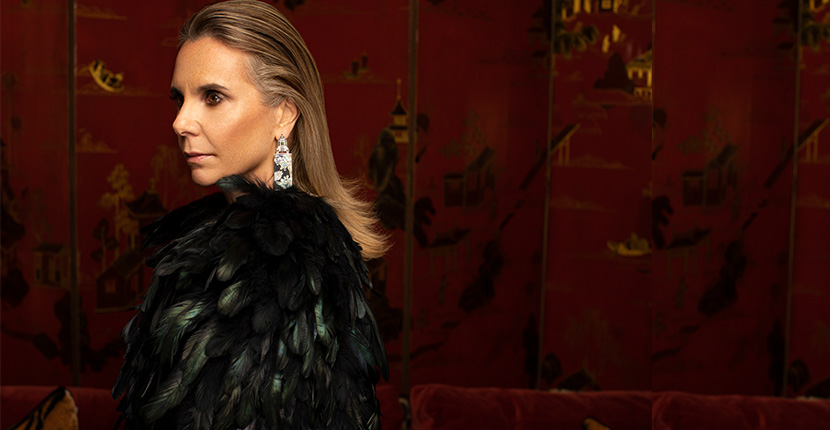 February 2, 2022—The words we have to describe various categories of jewelry are limited to say the least. High Jewelry, Important Jewelry, Magnificent Jewelry, it’s all a little vague and hard to relay. But one thing is certain, there is no way to categorize the artistry of Silvia Furmanovich.

I’ve covered the jewelry designer’s career for years, yet the magnitude of her originality hit me harder when I was looking at the epic 200-page almost 8-pound Assouline publication Silvia Furmanovich: Nature, Art and Adornment. British Vogue’s Jewelry and Watch Director, Rachel Garrahan wrote a beautiful introduction for the book. Beatrice Del Favero, a luxury brand consultant, penned the chapters covering Silvia’s life story and creations.

After a roundabout professional and personal path, Silvia eventually followed in the footsteps of her ancestors who were goldsmiths and started making jewelry around 20-years ago. It wasn’t long before, she served up styles that were utterly original.

In 2015, Silvia gained international acclaim for earrings made of actual orchid leaves, diamonds and gold. The following year she introduced marquetry work that has become her signature. The pieces are assembled by craftsmen located in western Brazil working in age-old techniques.

In 2017, Silvia incorporated miniatures painted by Indian craftsmen into her designs. The idea for the collection began when she visited the Divine Pleasures: Painting from India’s Rajput Courts exhibition at the Metropolitan Museum of Art in New York City.

She fell in love with the small works of art created for Rajasthan royalty from the 16th to the 19th century. A few months later, Silvia went on a 40-day long trip to India and found the craftsmen to make the small paintings.

In 2018, Silvia returned to marquetry. With the Botanical collection, she found inspiration in the Amazon rainforest near where her artisans are located and her designs became more sculptural.

Silvia visits the remote region for a week once every three months to oversee the creation of her jewels and as she says, “understand more deeply how each piece is put together.” Perhaps it is the shared understanding between the designer and her craftsmen or the otherworldly nature that surrounds them that resulted in the emotional, vibrant new jewelry.

While the marquetry has become ongoing with various themes over the years, Silvia has also stretched into other areas. Minimalist jewels feature Jarina seeds from the Amazon. Recently, she did one of her mind melds with Japanese craftsmen who make bamboo baskets. Together they figured out how to execute her vision in jewelry.

It’s an extraordinary story and still I think there might be a couple of more 8-pound books in Silvia’s future. The designer is nowhere near done writing her own definition of jewelry.