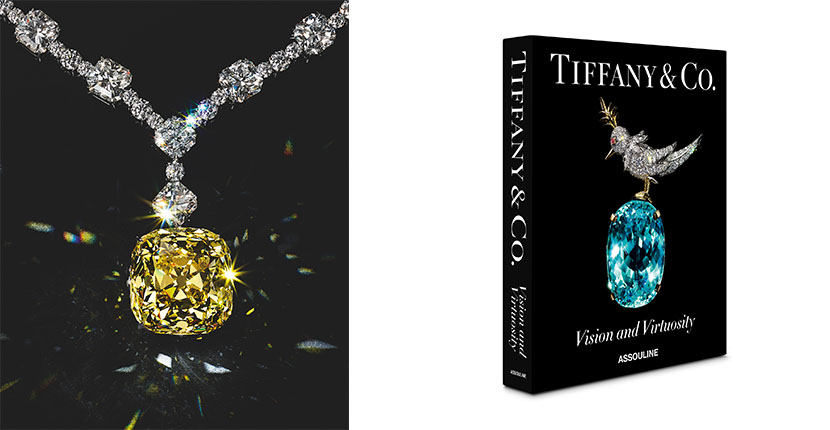 September 16, 2022—Audrey Hepburn turned Tiffany into a Hollywood star. As Holly Golightly in Breakfast at Tiffany’s, she famously walked around outside admiring the window displays after an all-nighter wearing a Givenchy gown, eating a Danish and sipping coffee from a to-go paper cup.

She liked to talk to the salesmen inside. Tiffany lifted her spirits when she had the “mean reds,” a case of depression worse than the blues. It was a place where there were big diamonds to dream about and a few things to buy for under $10 such as a sterling silver telephone dialer or the price of engraving a ring from a Cracker Jack box.

The character of Tiffany, as it was portrayed in the movie, had been essentially scripted by its founder, Charles Lewis Tiffany. Since the start-up of the firm in 1837, his ambition was to have range in the inventory.

Both high end and lowered priced items were dear to Mr. Tiffany. In 1858 he made 50-cent souvenir pendants from the surplus cable of the first transatlantic phone lines. Three years later, Tiffany created a set of seed pearl jewels for Mary Todd Lincoln to wear to the presidential inauguration of her husband Abraham Lincoln.

There is no legacy jeweler with a history like Tiffany. What makes the firm’s story so utterly unique is its all-American attitude and energetic approach to innovation and marketing ideas. There was no baggage of history and royalty attached to what Mr. Tiffany was doing.

Don’t get me wrong, Americans wanted grand jewels like the noble heads of Europe, and Mr. Tiffany bought those for them overseas, sweeping up two-thirds of the French Crown Jewels when they were sold in 1887. But Tiffany clientele also wanted fun, memorable gift items and artistry too. Tiffany provided in those areas as well.

Tiffany & Company: Vision and Virtuosity (Assouline) tackles some of the points of difference Tiffany has made over the years. In fact, Tiffany’s high to accessible approach to luxury goes right down to the fact that the book is available in an Icon edition for $75 and an Ultimate edition in a handcrafted silk clamshell case for $895.

It was created as a companion piece to the monumental exhibition curated by Tiffany’s Creative Director, Christopher Young, and staged at the Saatchi Gallery in London over the summer. The publication features an introduction by the late great André Leon Talley who shares the experience of the first time he received a Tiffany blue box among other things.

Prolific British jewelry writer Vivienne Becker handles the history of Tiffany throughout the book. Always a pleasure to read, Vivienne manages to touch on a lot of various Tiffany topics.

Marketing was a specialty of Charles Lewis Tiffany. Beginning in 1845, Tiffany reached clients from sea to shining sea with mail order catalogues. The idea eventually evolved into the Blue Book of special pieces. There was also the idea of identifying a brand color as Tiffany Blue which has proven to be impactful to put it mildly.

In 1886, Mr. Tiffany changed the course of the engagement ring design when he conceived the six prong Tiffany Setting which lifted the diamond up to the light and let it shine. It quickly became the icon in the field.

Mr. Tiffany hired a visionary young gemologist named, George Frederick Kunz who would go on to become known as the Father of American Gemology. Kunz established the company’s pioneering work with overlooked gems that continues to this day. Try and name a famous gemologist from another jewelry firm. You can’t because there isn’t one.

One of the greatest points of difference between Tiffany and other legacy houses is that it has hired superstar designers and publicized their collections as individual talents. Tiffany byline designers, Jean Schlumberger, Elsa Peretti and Paloma Picasso are all lightly reviewed in the publication.

By the 20th century Tiffany took the concept of window designs to new heights with the great Gene Moore who gave New Yorkers and visitors to the city a sense of what Tiffany was about in an instant with his high-spirited displays.

It’s worth noting Gene Moore also had an eye for talent. He employed Robert Rauschenberg and Andy Warhol during the early days of their careers, before they would go on to become giants of the art world.

All the forward thinking Tiffany has done over the years that is covered in the book proves the ideas that have caused a kerfuffle recently, like the NFTs, the collab with artist Daniel Arshham and even the Kendrick Lamar Crown of Thornes, make sense as an ongoing part of the narrative and iconoclastic approach.

Even if you are familiar with Tiffany’s history, Vision and Virtuosity is still a wonderful volume to add to your collection of jewelry books. One of the most stunning aspects of the publication is all the new photography of the vintage pieces from the archives not to mention several archival jewels that seem to be new additions to the collection. There are also order cards for several famous jewels in the collection revealing the details of the carat weights, costs and prices which is pretty enticing intel.

How The Tiffany Engagement Ring Became An Icon