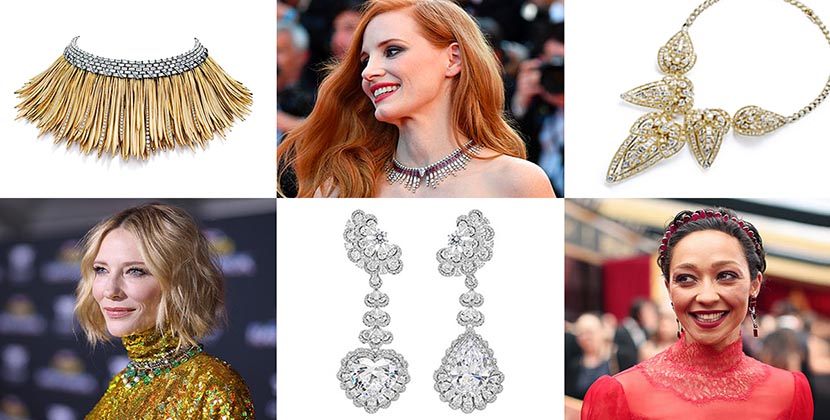 It was an amazing year of style

It’s no secret, our favorite time of the year is Award Season. We love it (obviously) because that’s when the best jewels make their way down the red carpet for all to see. In 2017, there were any number of jaw-dropping moments at the the Oscars, Golden Globes and all the other shows in between. The imaginative and statement making looks set the tone for the year that sparkled plenty from beginning to end.

See some of our favorite stories on red carpet jewels below. 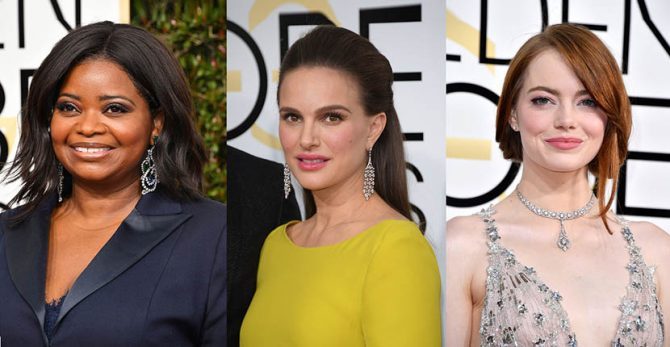 The Golden Globes are known as the award show where anything can happen. The same could be said of the jewelry that came down the red carpet on the stars at the 2017 Globes. There was everything from big diamond necklaces to a fresh spin on classic pearls and velvet ribbon chokers that cost just a few dollars… Read more 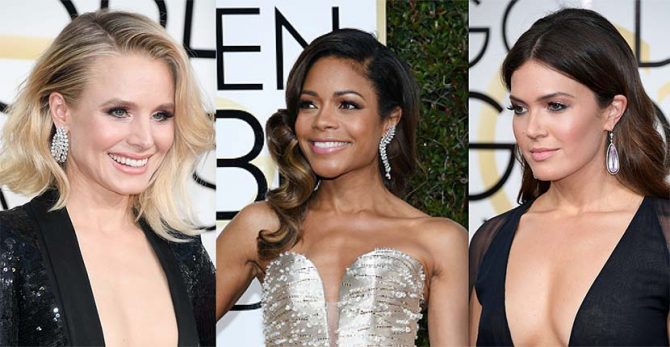 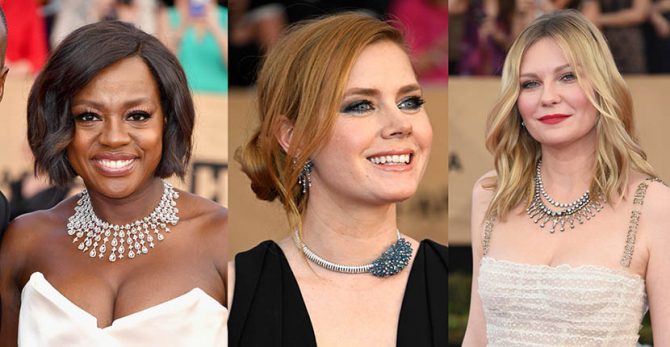 As predicted, the SAG Awards delivered some of the most creative jewelry worn on the red carpet for the entire Award Season. There was jewelry joy in all the bold necklaces that made an appearance for the occasion. Lots of divine earrings lit up the stars’ lobes. The biggest surprise was the matching set of jewels… Read more The Best Jewelry at the BAFTAs

Stars turned up the shine for the royal audience… Read more The Academy Awards are known as the Super Bowl of fine jewelry. This year the show completely lived up to that reputation and then some. There were stunning necklaces, dazzling earrings, amazing bracelets and a tiara. Not only did the stars shine in jewels they also showed their support of several causes including the ACLU, Planned Parenthood, GLAAD and the Elizabeth Taylor AIDS Foundation… Read more 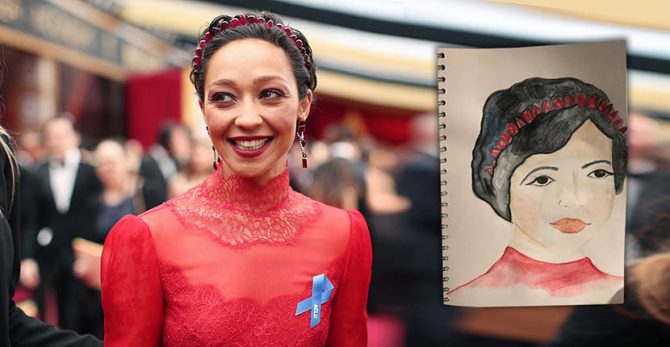 Ruth Negga in the Gemfields x Irene Neuwirth tiara and earrings at the 2017 Oscars; (Inset) Irene’s design of Ruth in the jewel. Photo by Christopher Polk/Getty Images; Drawing courtesy of Irene Neuwirth

It all started the day after the Oscar nominations were announced on January 25, 2017. Just twenty-four hours after Ruth Negga’s stylist, Karla Welch received the news that her client was nominated for an Academy Award, she called Irene Neuwirth… Read more 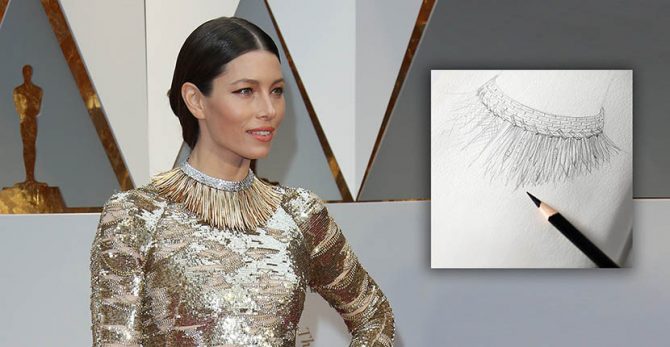 Jessica Biel wearing the gold, diamond and platinum Art of the Wild necklace at the 2017 Oscars and a sketch of the jewel from Tiffany Photo by Dan MacMedan/Getty Images and Tiffany & Co. 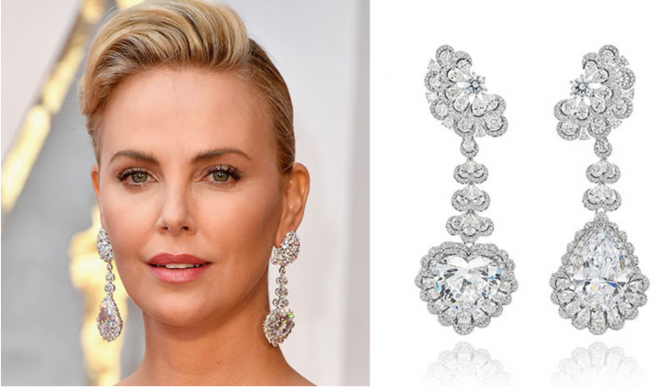 Charlize Theron is known for wearing jaw-dropping jewels on the red carpet, but she has never worn anything quite like the Chopard earrings she put on for the 2017 Oscars. The eye-popping earrings became the first question from every reporter and caused a sensation on social media. We needed to know more—much more about the jewels… Read more 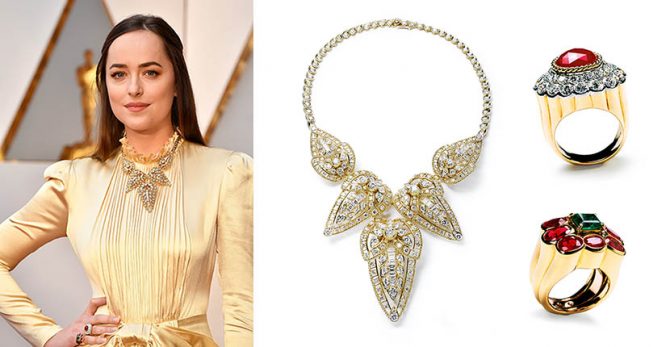 They came from the Cartier Collection of historic jewels… Read more The Best Jewels at the Vanity Fair Oscar Party

There were amazing earrings in every silhouette imaginable… Read more 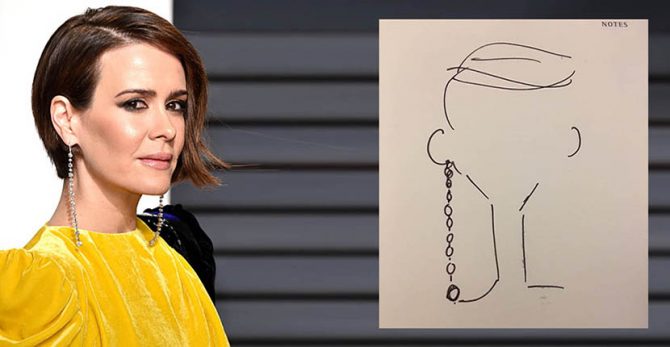 “Most of all, I don’t want the jewelry to be nothing,” explained super stylist Karla Welch when I asked her about her approach to jewelry on the red carpet. “It should be something.” The earrings Karla designed for her client Sarah Paulson to wear to the Vanity Fair Oscar party lived up to that promise… Read more 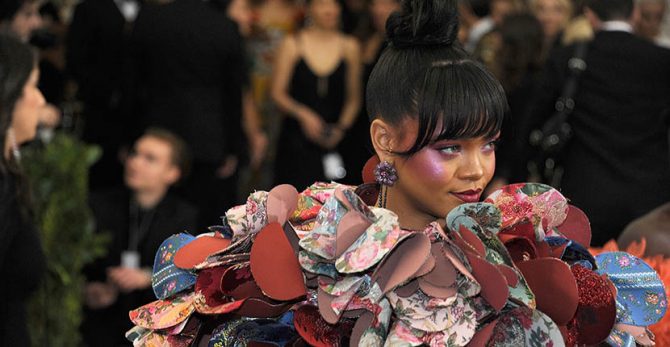 The Best Jewels at the MET Gala

Before the 2017 MET Gala, celebrating exhibition Rei Kawakubo/Comme des Garçons: Art of the In-Between, people joked there would be no jewelry because the spirit of the party was such an avant-garde designer there would be no room in the ensembles for gems. In reality the opposite was true. There were lots of eye catching styles on the blue carpet including trends we have been tracking at The Adventurine: shoulder dusters, chokers and suites… Read more The Best Jewels at the Cannes Film Festival

I have said it before, there is as much, possibly more, extraordinary jewelry at the Cannes Film Festival than the entire two-month long Awards Season. Following is all the best and brightest designs spotted at the 2017 festivities… Read more The Best Jewelry at the Tony Awards

The Tony Awards honoring Broadway’s talent may not have the megawatt sparkle of the Oscars or Cannes, but there are lots of beautiful jewels that are more, well, New York. They are chic but understated compared to the over-the-top bling seen during Awards Season in Los Angeles. And for that reason, they are worth a review…. Read more The Best Jewelry at the Venice Film Festival

The Venice Film Festival not only has a red carpet, it has a boat ride to the red carpet. This water landing makes for some of the most glamorous entrances to a movie premiere anywhere on the planet… Read more The Best Jewelry at the Emmy Awards

There were great expectations for glamour at the 2017 Emmy Awards. And the red carpet delivered. Any number of stunning earring styles appeared on the stars. As we predicted, diamond chokers had a moment or two and lots of gorgeous diamond and platinum jewels were worn at television’s big night… Read more 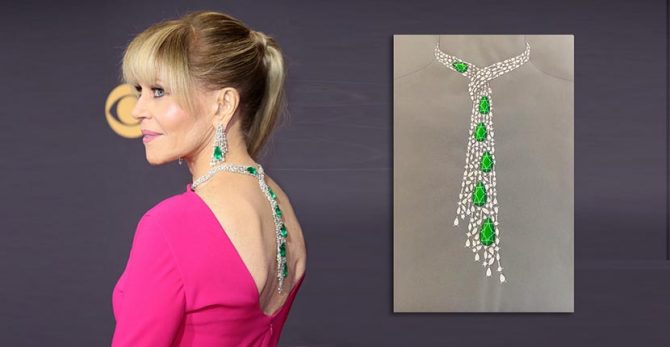 Jane Fonda wearing the Gismondi 1754 emerald, diamond and platinum necklace and earrings at the 2017 Emmys and drawing of the necklace Photo Dan MacMedan/Getty Images and Gismondi 1754

Jane Fonda didn’t make every Best Dressed List for the Emmy Awards because she is a Hollywood legend. She didn’t land on those lists because she looks sensational for 79. She got the kudos because she straight up deserved them… Read more Cate Blanchett wearing three Fred Leighton necklaces and a Gucci dress at premiere of “Thor: Ragnarok” at the El Capitan Theatre on October 10, 2017. Photo by Rich Polk/Getty Images for Disney

Cate Blanchett sparkled as brightly as the KiraKira+ app that’s taking over Instagram, when she hit the red carpet for the premiere of Thor: Ragnarok in Los Angeles. We were thrilled to see the jewels as we wait for the 2018 Awards Season to begin… Read more