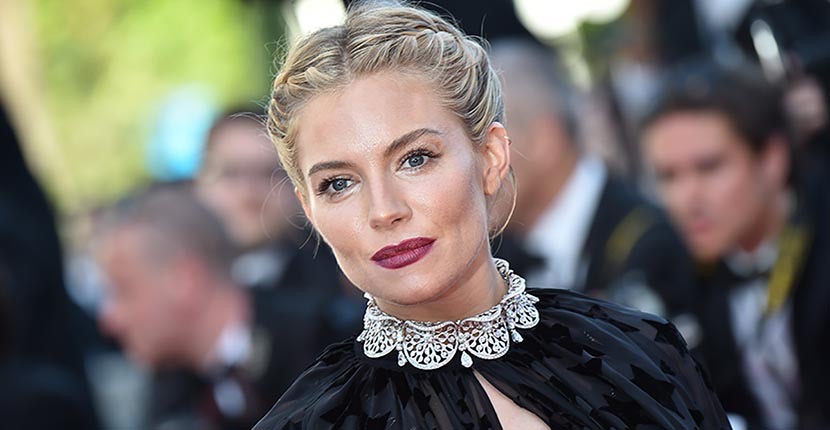 Obviously, the Cannes Film Festival has been cancelled along with every other cultural event in the world due to COVID-19 and it’s a heartbreaker. The red carpet is one of my favorites because it shows films that might make it through Awards Season. Parasite won the top prize there last year. Plus, the fortnight is highly creative in the jewelry department. It doesn’t have the pressure of the one-night-only Super Bowl element that is the Oscars. What it does have is proximity to all the jewelers and fashion houses in Europe who descend on the scene.

If a stylish star is on the jury, things can get really interesting. They have the opportunity to show a variety of looks over the two weeks of the festival. In the last two years, we have enjoyed the jury duty styles of Elle Fanning and Cate Blanchett. But Sienna Miller’s looks in 2015 stand out as particularly memorable. Sienna’s dresses and jewels felt relevant to a style moment in time. Everything was au courant. There was an effortless modern ease and elegance to everything she wore. 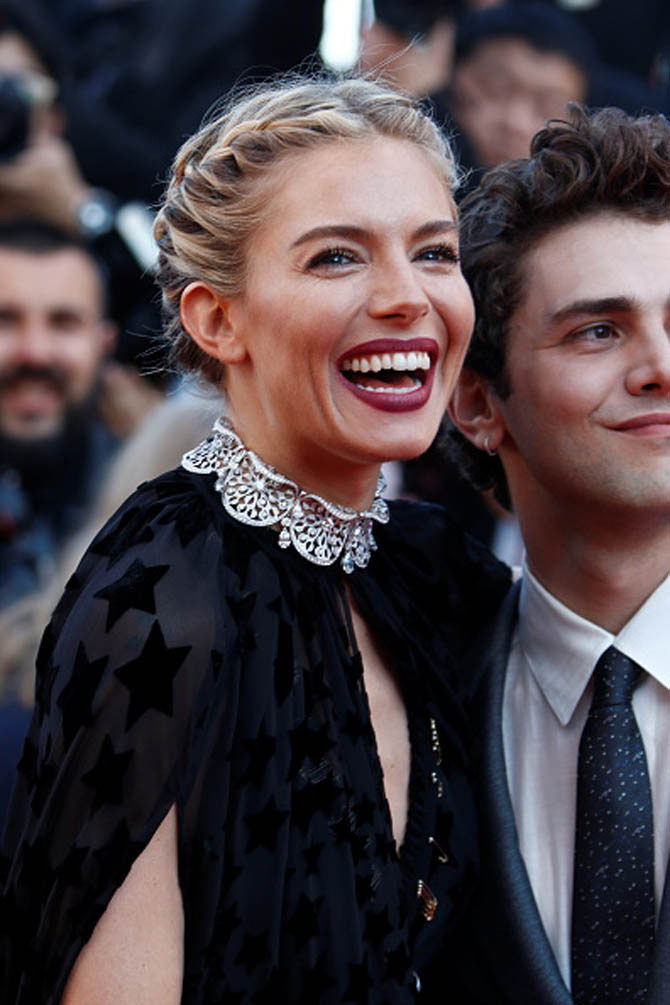 Sienna Miller wearing a Bulgari diamond necklace at the premiere of ‘Carol’ in Cannes. Photo Getty

Sienna’s most amazing jewelry moment was at the premiere for the film Carol. Her stylist Kate Young chose an exceptional Giardini Italiani High Jewelry necklace. The Elizabethan-style diamond jewel has an extraordinary sculptural quality folding over on the top. It looked incredibly cool worn with a Sonia Rykiel cape and gown. 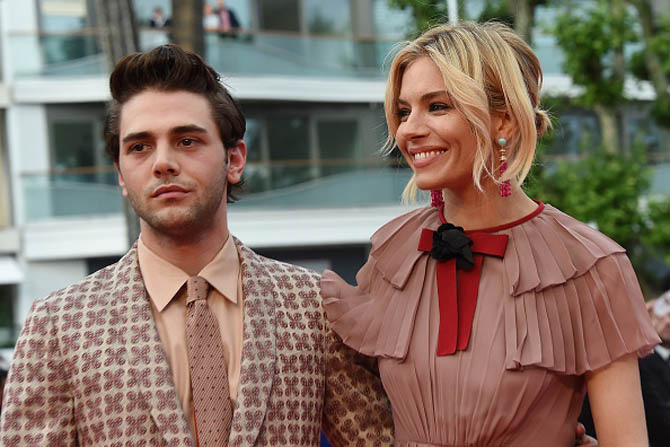 Sienna was one of the first people to wear the Gucci collection by Alessandro Michele on a red carpet. The mauve pink and red tiered gown was exquisitely coordinated with a pair of ruby bead and turquoise tassel earrings by Bulgari at the premiere of Macbeth. “The quirkiness of it felt really exciting,” Kate Young told the Hollywood Reporter in 2016. “We are growing used to Gucci now, but at the time it seemed sort of insane, which I loved.” 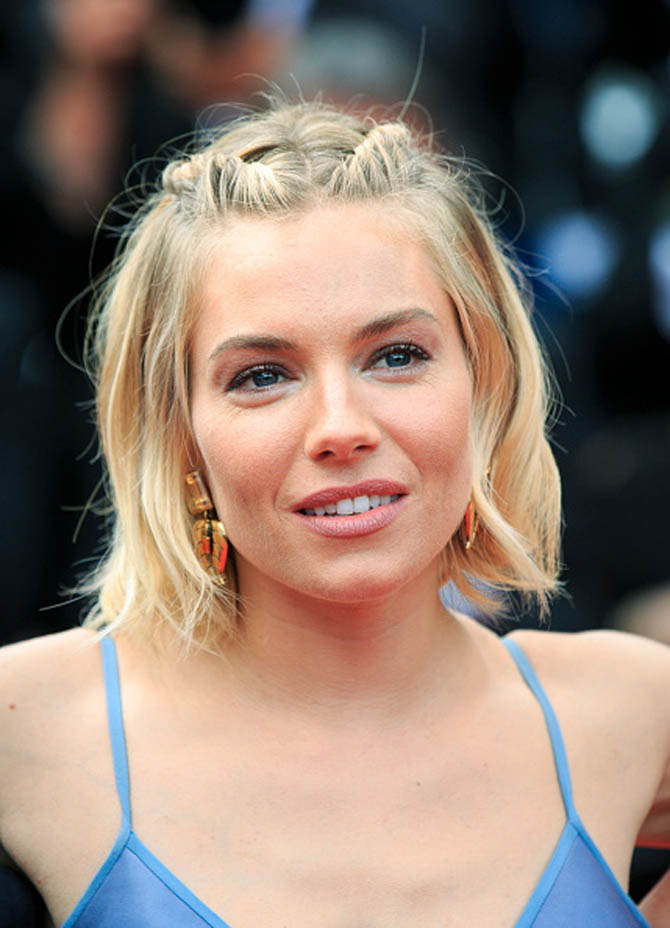 The second time Sienna wore Gucci on the red carpet it was for the Closing Ceremony. She paired it with earrings created by costume designer Sandy Powell for Atelier Swarovski. The leaf motif jewels were inspired by pieces Powell put on the wicked stepmother played by Cate Blanchett in Disney’s Cinderella. I know fine jewelry purists might disapprove of costume pieces at Cannes, but I find it, well, interesting. When a star is going to event after event, I think it is fun to see the unexpected and be surprised. Naturally, I would be disappointed if she only wore costume, but in this context it infused an air of reality into her looks. What do I mean? There is not one celebrity jewelry collector I have interviewed over the years who did not have fine and costume pieces in their collection. 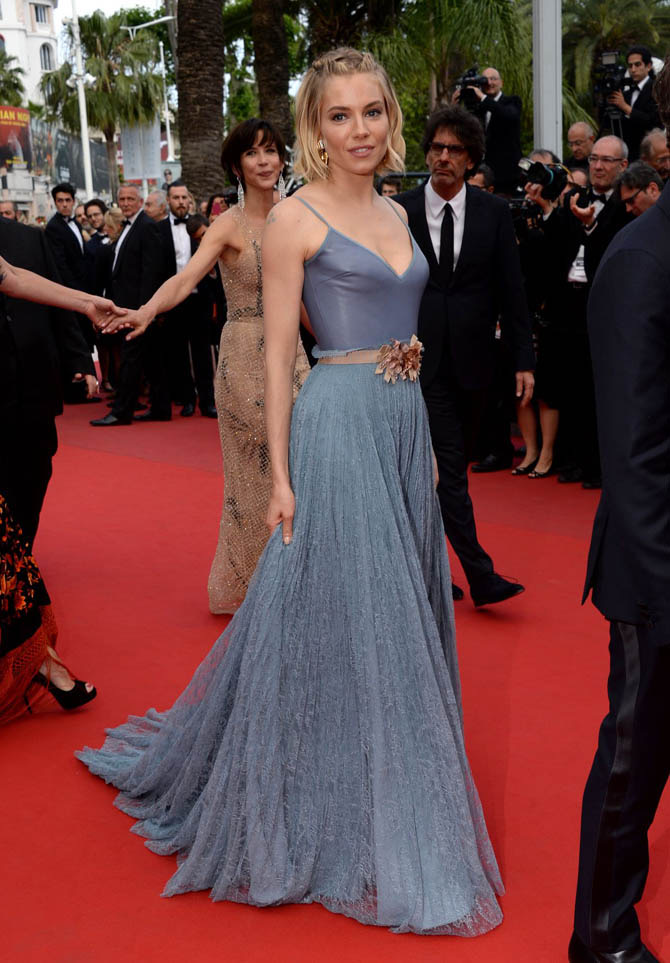