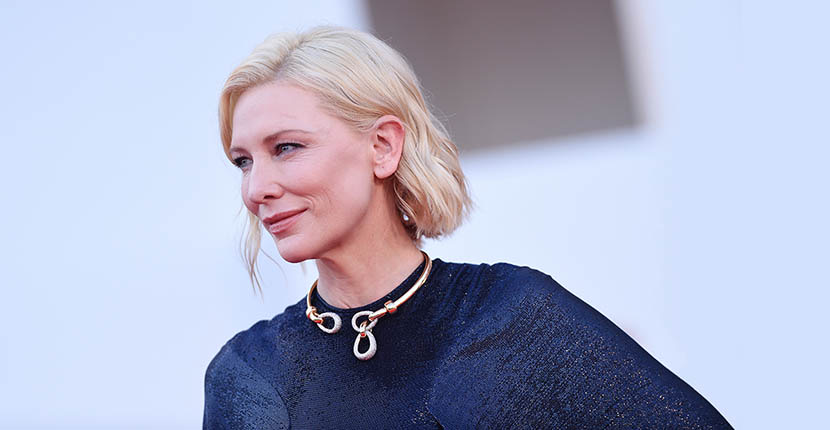 When Cate Blanchett sat down to meet the press and discuss her role as Jury President at the 77th Venice Film Festival on September 2, 2020, she described the event as something of a “miracalo.”

She is right of course. It was just a few months ago when the region of northern Italy where the VFF takes place was in the midst one of the worst coronavirus outbreaks in Europe. So, it felt incredibly hopeful for the cultural event to be staged.

Obviously, there were all kinds of precautions in place. Everyone wore masks though they did take them off for photos. And you know what, the act has a silver lining. It makes it easier to see rings. 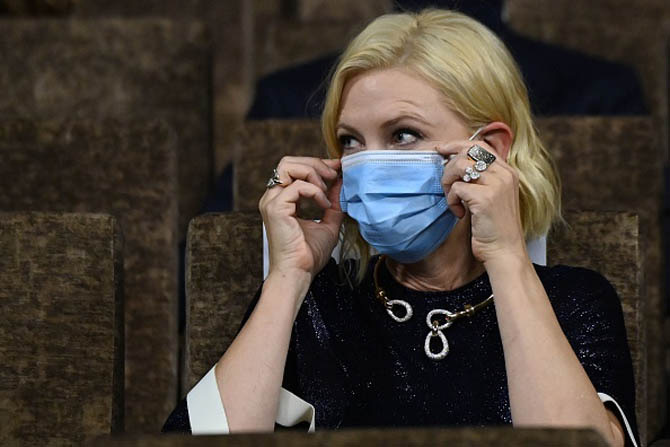 Cate Blanchett adjusting her mask before the screening of ‘Lacci’ during the Venice Film Festival. The actress is wearing Pomellato’s Iconica necklace and Sabbia rings. Photo Getty

Always strategic and thoughtful in the way she dresses, Cate made a commitment to sustainability and charity before the proceedings got underway. She is only wearing clothes on the red carpet from her closet. I’m not sure if this applies to garments she is wearing for press conferences.

After she gives the formal looks a turn at the evening movie premieres, they are being donated to the RAD at Venice Auction taking place from September 23 to October 2 on the Chic Relief website. The proceeds benefit Facing History and UN Women, the UN entity for gender equality and women’s empowerment.

For the first couple of days, Cate paired her clothes with jewels from Pomellato. It was another very apropos decision. The iconic Italian label is based in Milan. It’s part of the fabric of the region and has a history of supporting women’s empowerment. Since the company’s 50th anniversary in 2017 the effort to champion women’s causes has become an even more high-profile part of the business plan spearheaded by CEO Sabina Belli.

Following are the details on Cate Blanchett’s first few outfits from the Venice Film Festival. 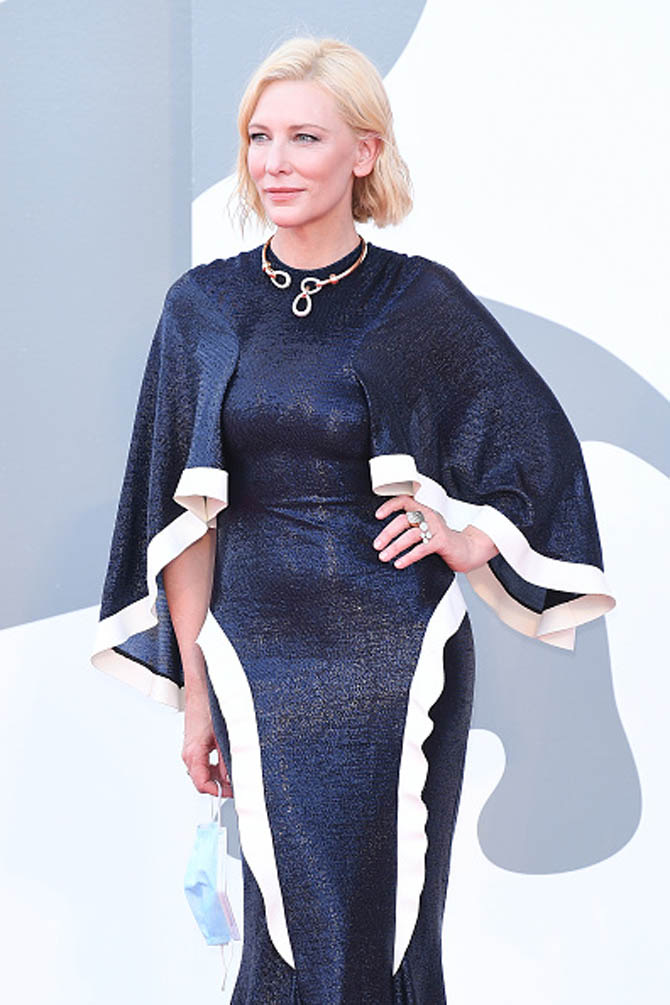 Cate Blanchett paired Pomellato’s Iconica necklace and Sabbia rings with a dress from Esteban Cortazar for the Opening Ceremony. The star first wore this gown for the 2015 London premiere of Carol.

While many celebrities have made fashion statements with their masks, it is worth noting Blanchett chose a simple medical mask for her turn on the red carpet. Since she is so methodical, I can’t help but think there was a reason behind the decision. I know from experience the medical style is far more comfortable than designer looks. Reports say they are the most effective at blocking the virus. The medical style is also affordable and accessible to a larger number of people. It’s possible Cate was setting an easy to follow example with the choice. 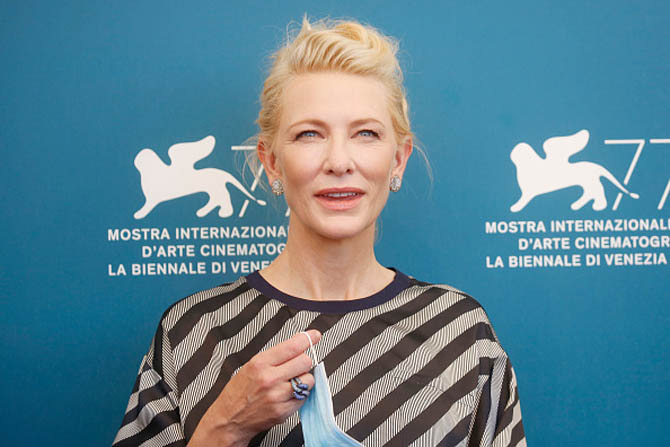 For the jury photocall, Cate wore an Armani jumpsuit with Pomellato Sabbia earrings and a Tango ring. 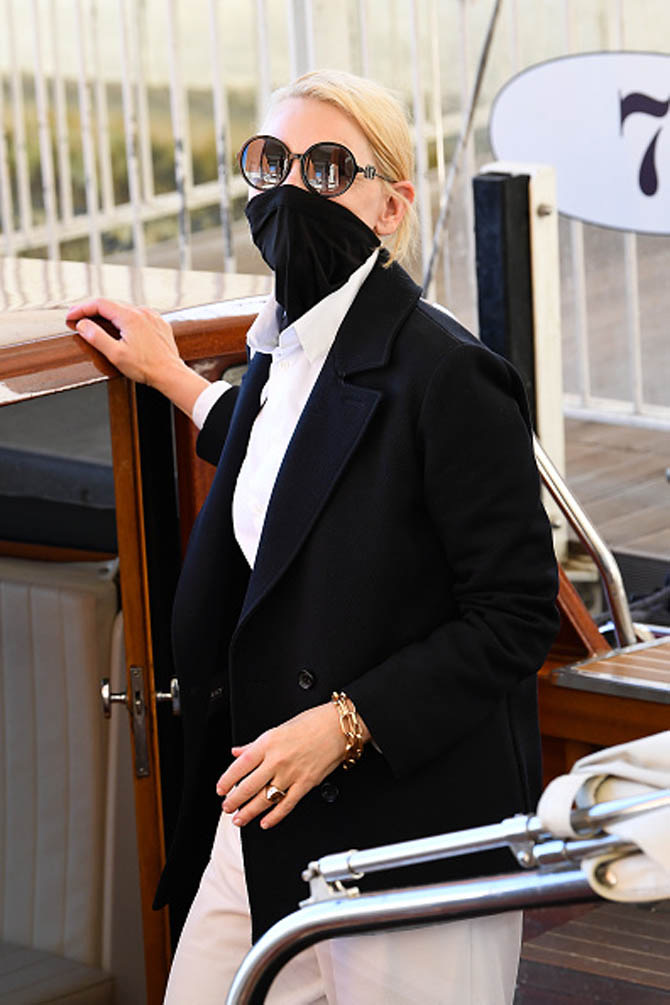 When Cate arrived at the Venice Film Festival on a boat she paired Pomellato’s Iconica rose gold bracelets with a blue blazer, white shirt and pants.

Cate Blanchett Shows How To Update An Old Dress