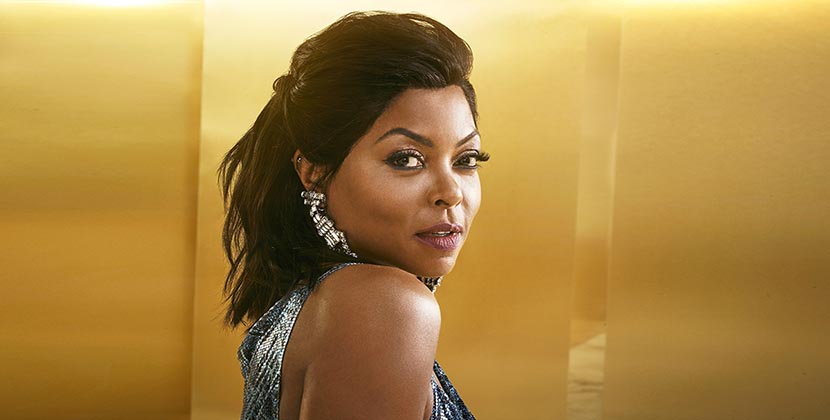 Taraji P. Henson on Season Four of 'Empire' Photo by FOX via Getty

Empire is back on Fox for a fourth season starting tonight! The dramatic storylines, original music and power-playing actors are just a few of the reasons the show is so eagerly anticipated. If that’s not enough to lure you, the killer fashions and jewelry will keep you highly entertained. The fashion queen of Empire, of course, is Taraji P. Henson’s Cookie. 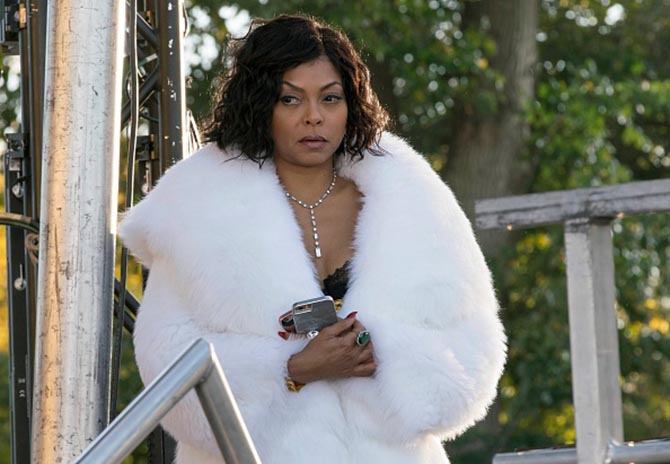 If you are not familiar, let me give you a quick run-down on her character. A force to be reckoned with, Cookie Lyon grew up in the streets of Philadelphia, but now fights her way through the fast paced and glamorous life of the Lyon family record label in New York City. Always dressed in sexy, over-the-top, designer ensembles and epic jewelry, there is nothing Cookie can’t rock. Her cheeky classics include animal prints, body con dresses, floor length furs and huge gold hoop earrings. She absolutely owns all of it in a way that has real life fashion folks fawning. Vogue’s EIC Anna Wintour is a fan.  Need I say more?

The man behind the powerful, chic woman is three time Emmy Nominated costume designer and stylist, Paolo Nieddu who resources jewelry from a long list of designers including Jennifer Fisher, Jacob & Co, Iradj Moini, Kenneth Jay Lane, Stephen Dweck and many more. Read my interview with Paolo below to learn more about the process of costuming one of TVs fashionable shows. 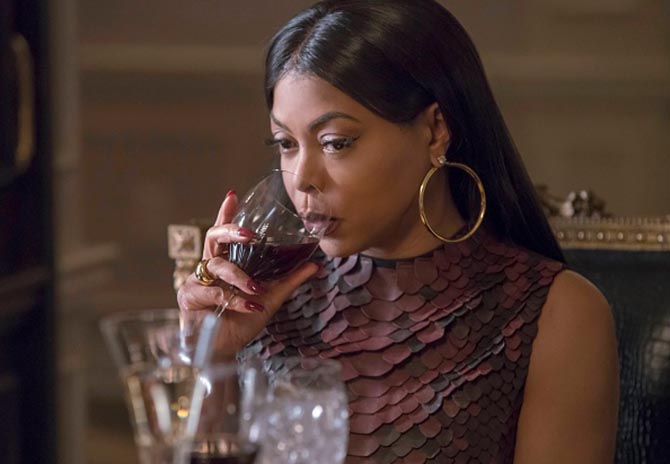 Taraji P. Henson in one of her signature jewelry styles big hoops in Season 3 of ‘Empire’ Photo FOX via Getty

You are known for your unique, bold looks.  Is that something you look to accessories and jewelry to achieve?

I’m such an accessories person! I love brooches, big earrings and rings and a “more is more approach.” One of my favorite moments was covering the Manolo Denim boots in brooches for Taraji. People are always shy with big jewels and I hope I’ve changed some minds. 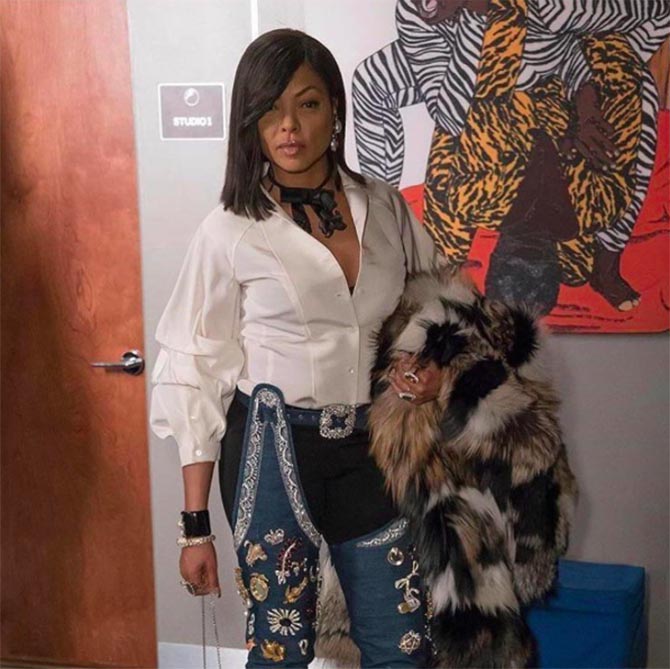 What is your process in dressing Cookie? Does Taraji ever contribute to her character’s look?

I am so lucky to get to work with Taraji. She is very respectful of my process, she allows me to play dress up on her and lets me be an artist. She will only have specific requests out of comfort for what the character is doing in that particular scene like if it’s outdoor or requires a lot of movement we may go with pants over a skirt etc. 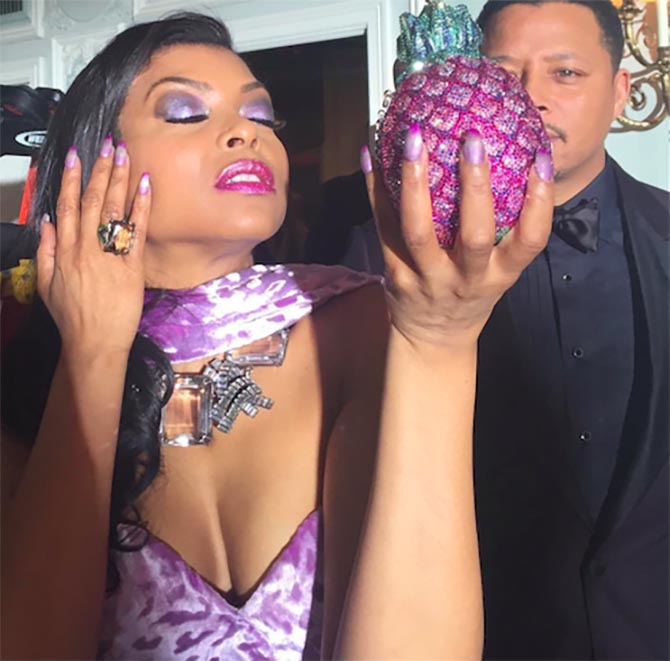 How has the reaction to the show and Cookie’s style been for you?

It’s been really amazing to hear people respond or recall certain looks. I love that she has become a style icon. 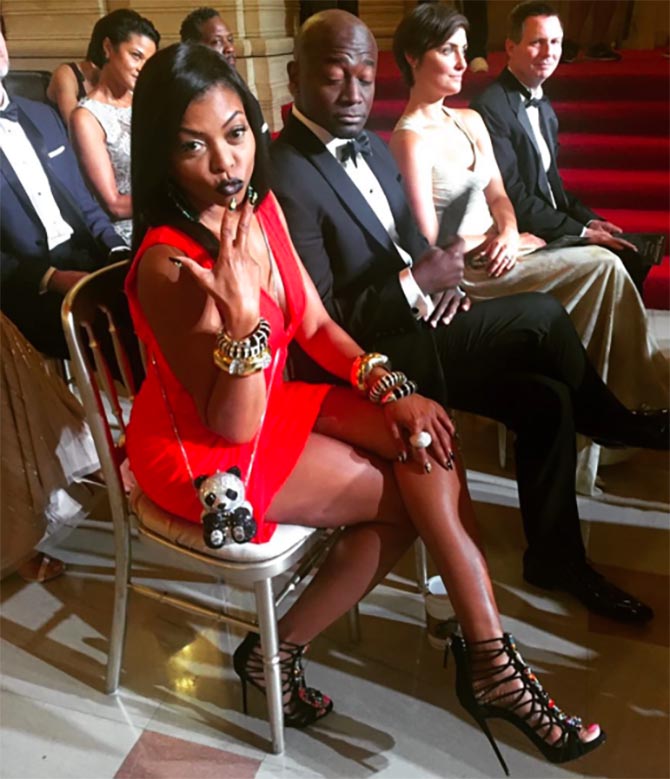 How have your previous experiences in styling prepared you for Empire?

Working with the late Annabel Tollman at Interview on celebrity and editorial shoots, prepped me immensely for my experience working with Patricia Field on fashion-oriented projects like Sex and the City and Ugly Betty. What is your inspiration for the creating the characters looks?

It’s such a mix of the actual actors’ ability to wear things that compliment them while defining whom the character is. For example, Yazz [who plays the youngest son, Hakeem Lyon] is able to carry very over the top men’s fashion, so I run with that for his character. I spent months before the pilot was filmed doing style research for each one from looking at baroque paintings to pictures of real people. 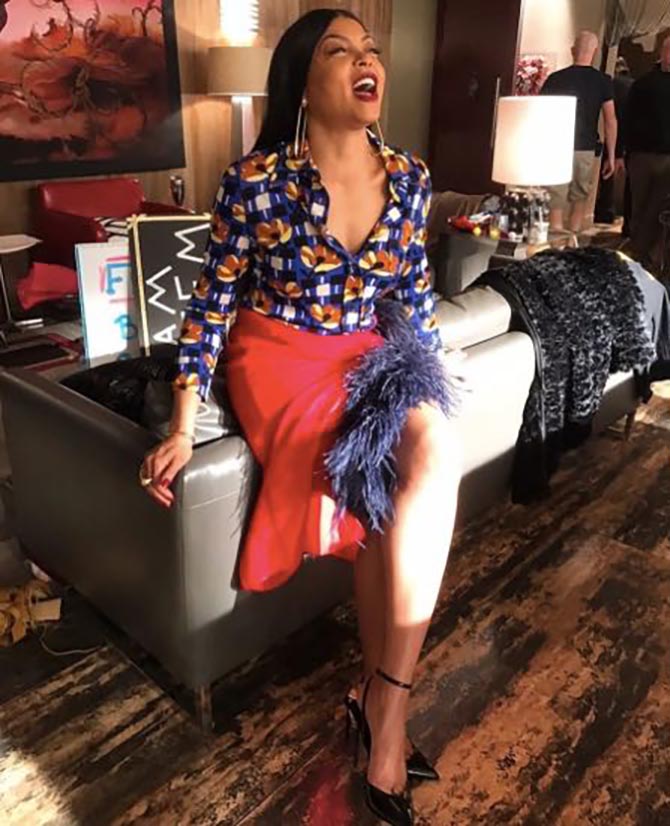 In between takes, Taraji wearing a full Prada look and Jennifer Fisher earrings in the season 3 finale of ‘Empire.’ Photo @pniddy/Instagram

Where can we expect Cookie’s style to go this season?

Cookie will continue to be fabulously decadent as she makes her own rules.