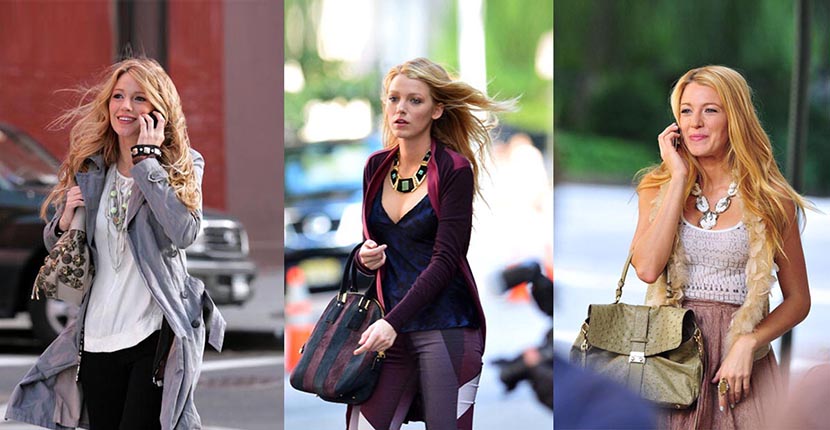 The teen drama Gossip Girl celebrates its 10th anniversary this week and the iconic line that still can be heard out loud is: “You know you love me, xoxo Gossip Girl.” The show was a beloved guilty pleasure for the over-the-top plot lines, gorgeous cast, divine fashion and amazing jewels. It aired in the era just before social media, iPhones and street-style fashion; making it feel like another world ago despite the fact that there is, remarkably, an almost timeless quality to the looks worn in the show. 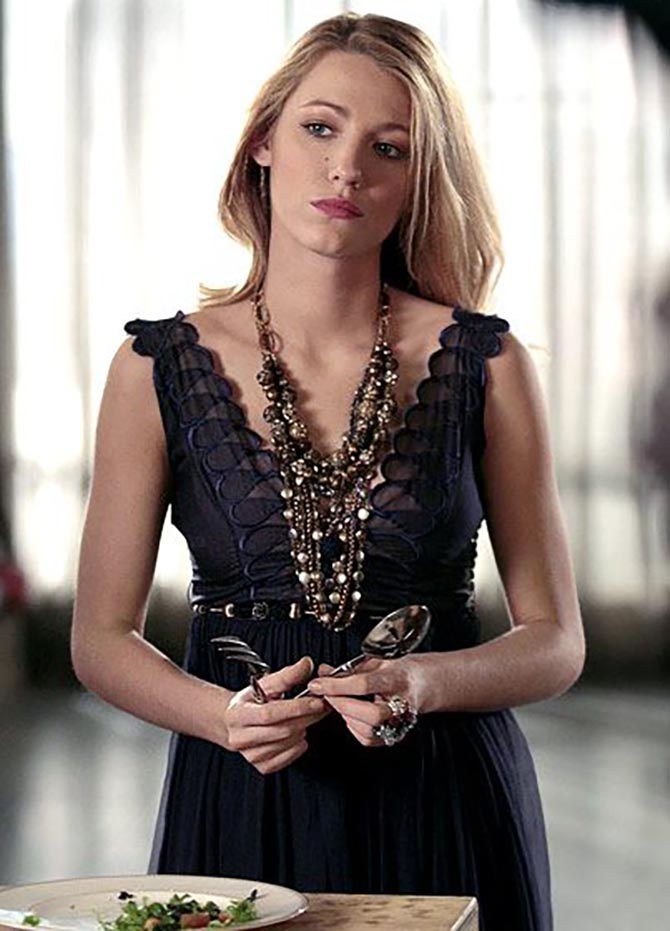 Costume designer Eric Daman, who is currently causing a sensation with his outfitting of the characters in the Showtime hit Billions, dressed the glamorous Upper East Side teens. Daman learned a thing or two about accessorizing working with legendary stylist Patricia Field on Sex and the City. “Patricia was about pushing the boundaries and expanding the character through clothing,” Daman said in a 2012 interview with The New York Post. “She and Sarah Jessica Parker were two great mentors. It was like Costume 101 with the best teachers in the world.” 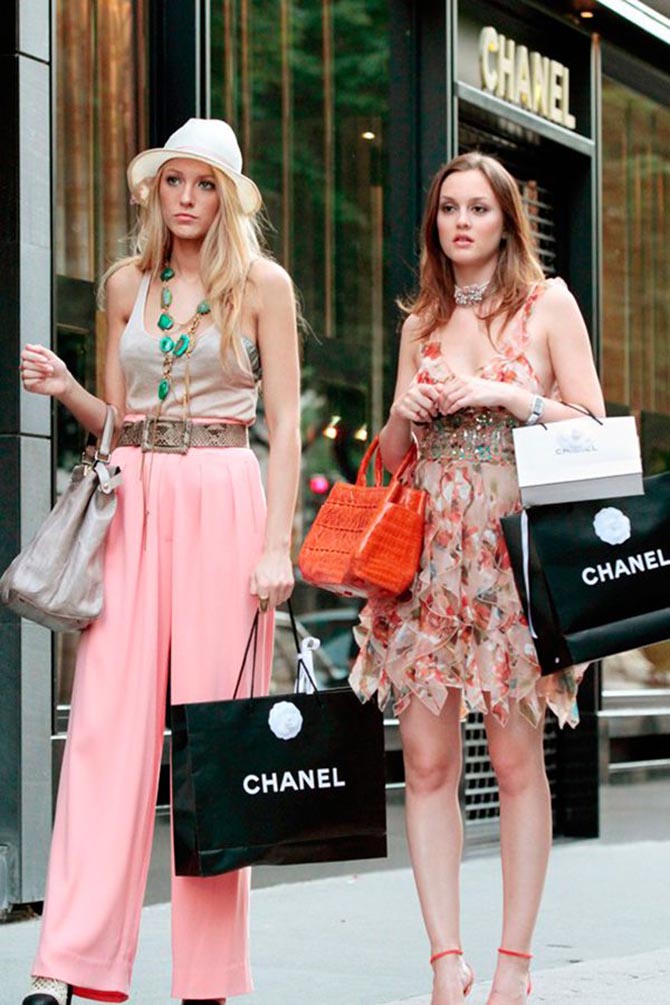 Blake Lively and Leighton Meester bejeweled and dressed to the nines for a Chanel shopping spree in ‘Gossip Girl.’

Famous for not using a stylist today, Lively first practiced her styling by contributing to her characters wardrobe.  She didn’t just talk to Daman about ideas, she went out in the marketplace and pulled looks including lots of jewelry from Stephen Dweck (who, full disclosure, is indeed my father). 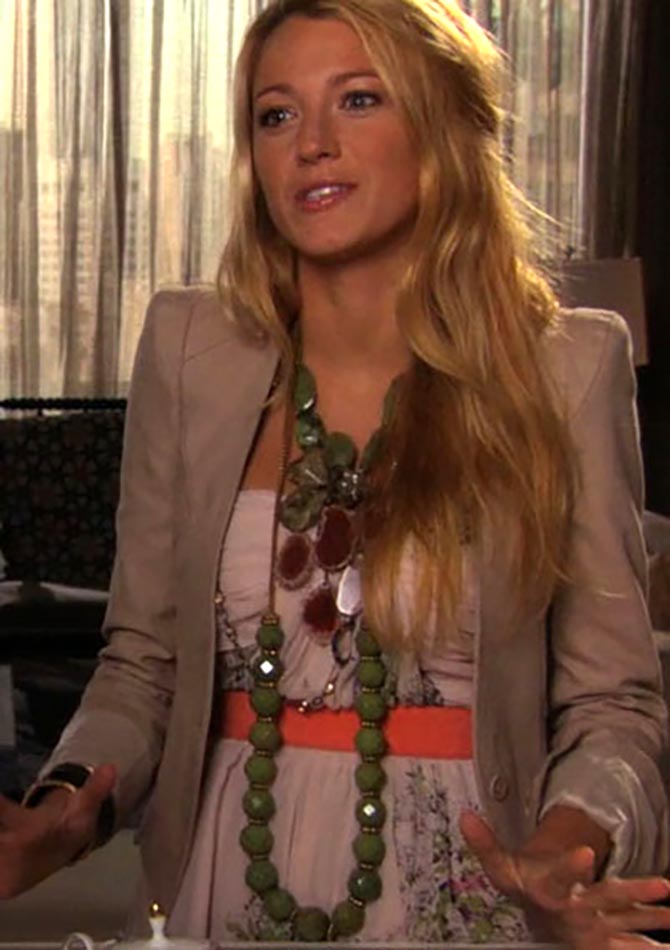 “In creating jewelry for a character, it helps when the actor is so fashion forward even beyond the script,” explains, Stephen. “Blake came into the showroom herself. She was always enthusiastic and would really study the jewels and learned about the minerals through her appreciation of nature. She always chose the boldest pieces to wear on the show.” Stephen continued, “Blake was so gracious, she invited me to visit the set, which was inspiring. It was a treat to see the actors in costume. Looking back, it’s amazing how the show set the standard of dressing so high.”

Editorial note: If you are the designer who created any of the jewels in these images please send us an email at hello@theadventurine.com.  We would like to give you credit. 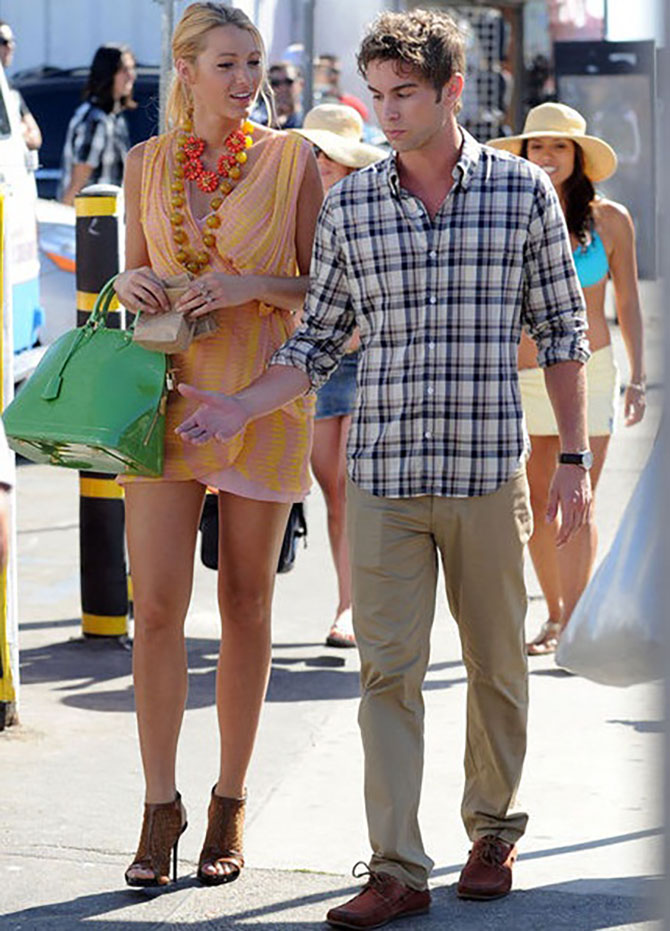 Chance Crawford with Blake Lively who is wearing an orange flower necklace with an agate bead necklace by Stephen Dweck in an episode of Gossip Girl. 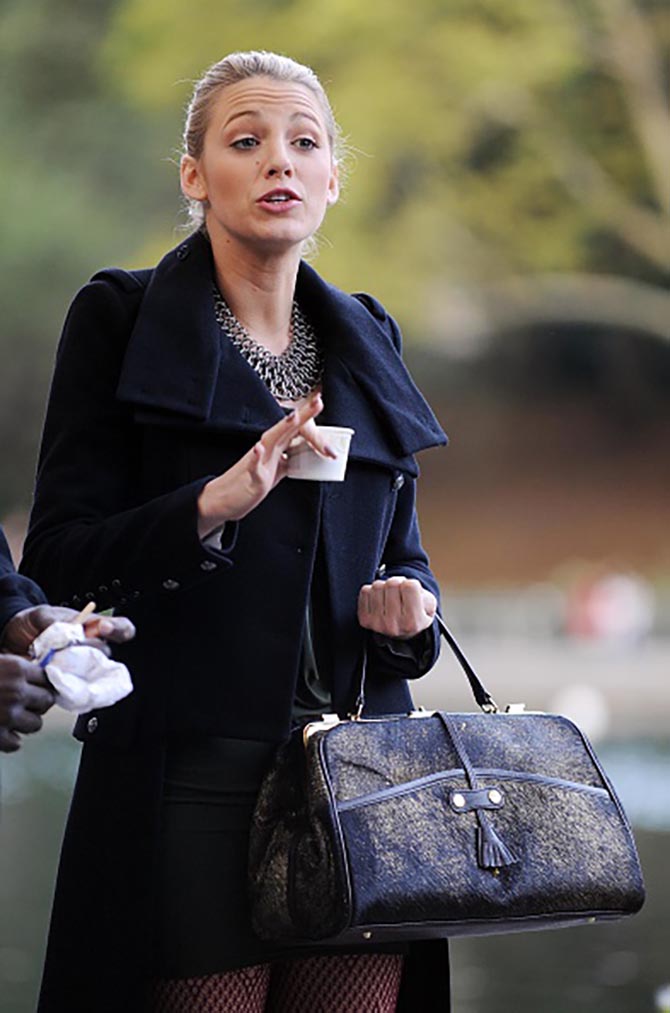 Blake Lively wearing a one of a kind sterling silver handwoven chain link Stephen Dweck bib necklace in an episode of Gossip Girl.

How Kate Middleton Pays Tribute to Diana With Jewelry