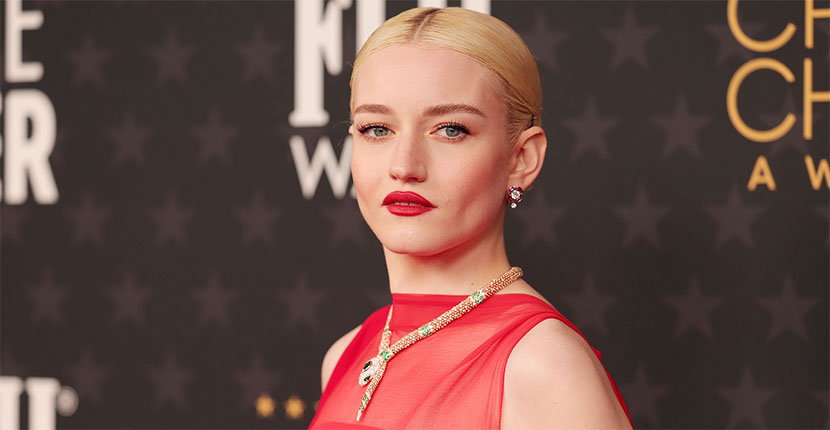 January 16, 2021—After the understated jewelry at the Golden Globes last week, the red carpet for the Critics’ Choice Awards, which is generally considered a second-tier event, felt really glamorous. They were far more of an indicator of where jewelry styles are at. Now it seems to be very much on with the show, or Awards Season, as it were.

One of the best things about the jewelry at the Critics’ Choice Awards is how it fell into fresh trend categories. I loved the Striking Statement Necklaces. And Creative Cuffs looked very empowering for the women who wore them.

Find out more about the jewels below.

She tossed on a High Jewelry rendition in pink gold, diamond and emerald with ruby and diamond earrings.

Angela Bassett won the Best Supporting Actress prize for her role as Ramonda in Black Panther: Wakanda Forever and looked like a queen in a gold and diamond Messika choker.

By the way, this win for the Hollywood star gives her front runner status in the Oscar race.

Natasha Lyonne wore David Webb and looked pretty fabulous at the Golden Globes. The problem was you couldn’t really see the jewelry under her hair.

At Critics’ Choice the actress coordinated her bold coral, onyx and diamond necklace with her eye makeup. It was an impossible to miss statement.

Michelle Williams who is often low-key with her jewelry choices on the red carpet went the opposite route in a stunning Tiffany Schlumberger Petal Fringe Necklace composed of gold, platinum and diamonds.

She paired the jewel with Tiffany Inside Out diamond and platinum hoops.

Kerry Condon, the Irish actress from The Banshees of Inisherin, stood out on a red carpet among much bigger names in three Briony Raymond necklaces.

The jewels are composed of vintage repurposed paste stones set in sterling silver.

Usually when an actress is campaigning through Awards Season you can tell by her elevated attire. Cate Blanchett is not doing that for her leading role in Tàr. There is just an overall confidence and ease to the way she is handling everything in this run which feels just right considering the high quality of the performance.

The jewel is composed of Akoya pearls with 5 pear shape diamonds, 48 round diamonds, 285 step cut diamonds and pavé-set diamonds.

Host of the Critics’ Choice Awards, Chelsea Handler coordinated her coral-colored gown with a gold and coral Cathy Waterman bracelet. The pairing was jewelry perfection.