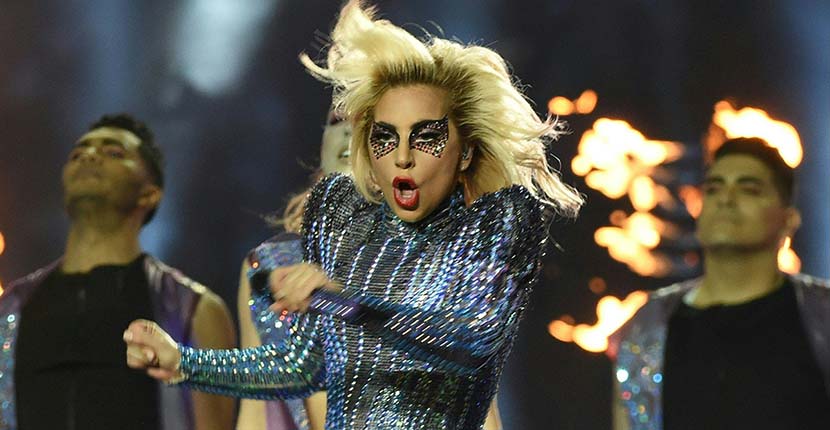 Before Lady Gaga hit the Super Bowl LI stage in Houston for her medley of hit songs and message of inclusion, her 60-second Tiffany ad premiered.  At the party I attended a hush went over the crowd to hear the pop star’s thoughts on the iconic American jeweler.  While the people I was seated with loved it, the reviews of the spot from the entertainment industry types assembled were mixed.  Yet, it captured everyone’s attention which was sort of the point.

The 30-year-old continued to hold everyone enrapt throughout her 13-minute performance that began with a riveting riff on “God Bless America” and Woody Guthrie’s “This Land Is Your Land,” included a rousing version of “Million Reasons” and ended with a stirring rendition of “Bad Romance.”  While Gaga sparkled in a gorgeous eye-mask of glittery makeup and several sequined numbers specially made for the occasion by Versace, she did not wear any Tiffany jewelry. 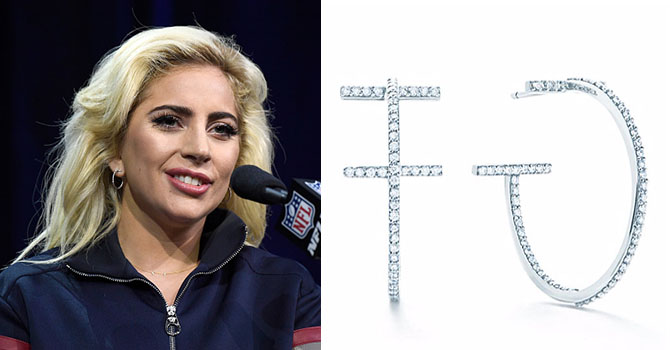 I guess with all the sparkle going on in her costumes, I can understand the omission of jewelry.  Plus, Gaga did wear Tiffany at the Super Bowl press conference.  A few days before the big show, she put on a pair of 18K white gold and diamond Wire Hoop Earrings from the Tiffany T collection with her red, white and blue athleisure inspired Versace ensemble.  Her performance was such a positive message, it’s impossible not to just enjoy the feel good moment she provided.  Watch it here.

All About Tiffany’s Super Bowl Ad With Lady Gaga

Me and ‘Crazy About Tiffany’