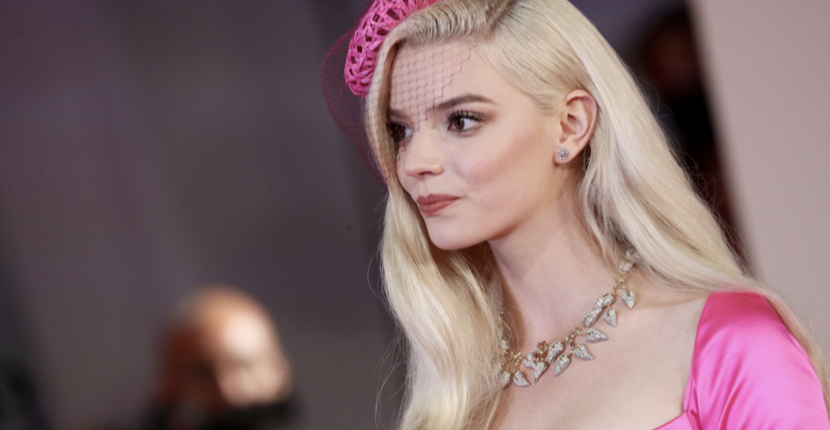 Anya Taylor-Joy wore a Jean Schlumberger for Tiffany necklace and Dior at the red carpet of the movie "Last Night In Soho." Photo Getty

September 13, 2021—Just when you think you know which way the trend winds are blowing, they shift. At the Cannes Film Festival, it was one edgy display of high jewelry styling after another. In Venice things were different. Women went for necklaces which are generally a more conventional choice. The styles, however, ran the gamut from daring to modern and classic.

Last week, Zendaya’s dazzling Bulgari Serpent kicked things off and stole all the style headlines. Modern Pomellato diamond and gold chain link necklaces turned up at almost every event. There were a few cool Cartier cats and colorful designs by independents as well as a vintage style from Tiffany’s Jean Schlumberger and high voltage glamour from Chaumet.

See the best necklaces from the second week of the Venice Film Festival below.

Anya Taylor-Joy wore a Jean Schlumberger for Tiffany necklace at the red carpet of the movie Last Night In Soho. Schlumberger designs created today are drawn from an archive of the designer’s work. The Frenchman was a byline designer from 1956 until he retired in the late 1970s.

Jury member Cynthia Erivo wore a Roberto coin necklace among other jewels at the screening of Last Night In Soho.

Sarah Gadon wore a Pomellato necklace at the screen of Mona Lisa And The Blood Moon.

Alba-Amira Ramadani wore a Cartier panther necklace at the red carpet of the movie Freaks Out.

The Best Jewels in Venice So Far

The Best Jewelry at the 2021 Emmys