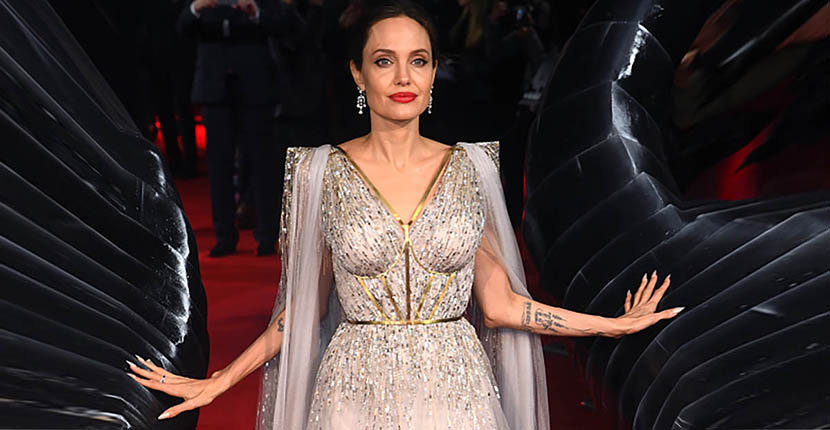 See How Angelina Jolie’s Gold Corset Was Made

When Angelina Jolie stepped on the red carpet for the first premiere of Maleficent: Mistress of Evil in Los Angeles, the vast majority of the fashion press thought the scorpion on her hip was a piece of costume jewelry. Well, we found out it was in fact a 50-carat diamond jewel she worked on with designer Robert Procop. At the premiere for the film in London the star once again wore another unusual statement piece that was crafted by a master jeweler.

Sabine Roemer, a London-based German goldsmith who has been working at the bench since age 15, was asked by the couturier Tamara Ralph of Ralph & Russo to collaborate on the special ensemble for Jolie. “Tamara created a few dresses for Angelina to wear in Maleficent and wanted her red-carpet dress to be really special,” explains Sabine. “She called me two weeks before the premiere and asked if I would like to create the metal corset.” 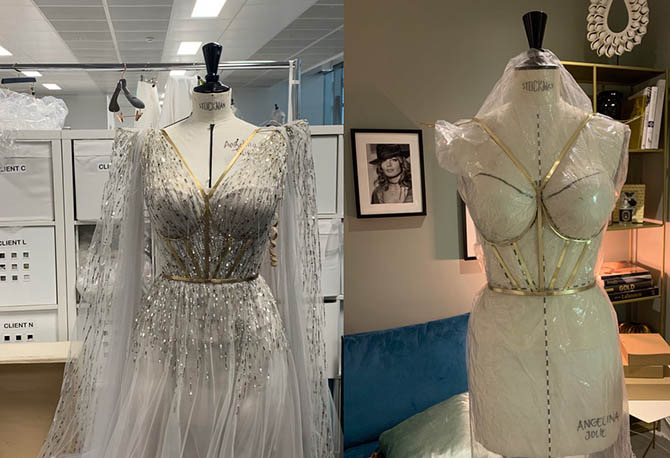 The gold corset made by Sabine Roemer for Angelina Jolie on and off the dress by Ralph & Russo. Photo courtesy

“The first fitting was 48 hours after the call, so I worked day and night to get this done,” explains Sabine. The process started with making measurements of a mannequin that had Angelina’s exact proportions. Then Sabine crafted the corset in base metal. Finally, she finished the piece in 24-karat fine gold and color adjusted it to look like an antique. In all the process took over 50-hours. See highlights below.

The making of Angelina Jolie’s gold corset by Sabine Roemer.

Hoops Are Still Hot In Hollywood