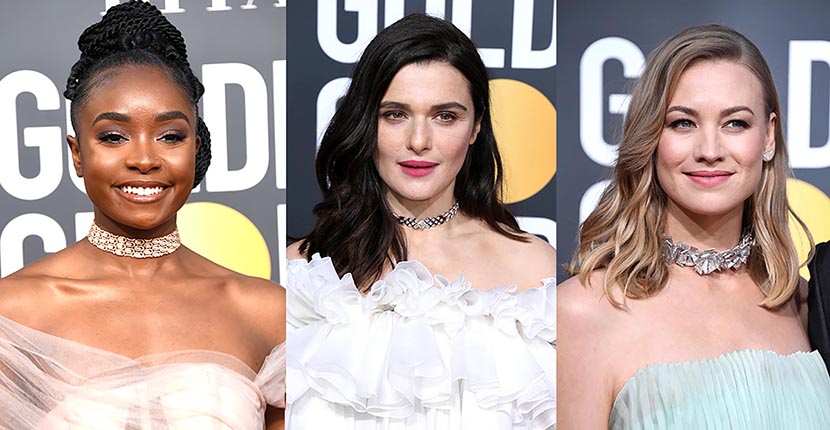 Things you may have overlooked at the awards show

The spirit of the Golden Globes is that anything can happen. Well, last night there were lots of surprises, even in jewelry news. One trend that honestly shocked me is that, seemingly out of nowhere, chokers made a comeback. Rachel Weisz wore an amazing slender coral, onyx and diamond choker from Cartier. If Beale Street Could Talk star Kiki Layne looked sensational in a Bulgari Serpenti pink gold and diamond choker. And Yvonne Strahovski, from the Handmaid’s Tale, made a bold jewelry statement in a Lorraine Schwartz Lightening Bolt diamond choker.

Read on to find out more jewelry news you may have overlooked during the Golden Globes. 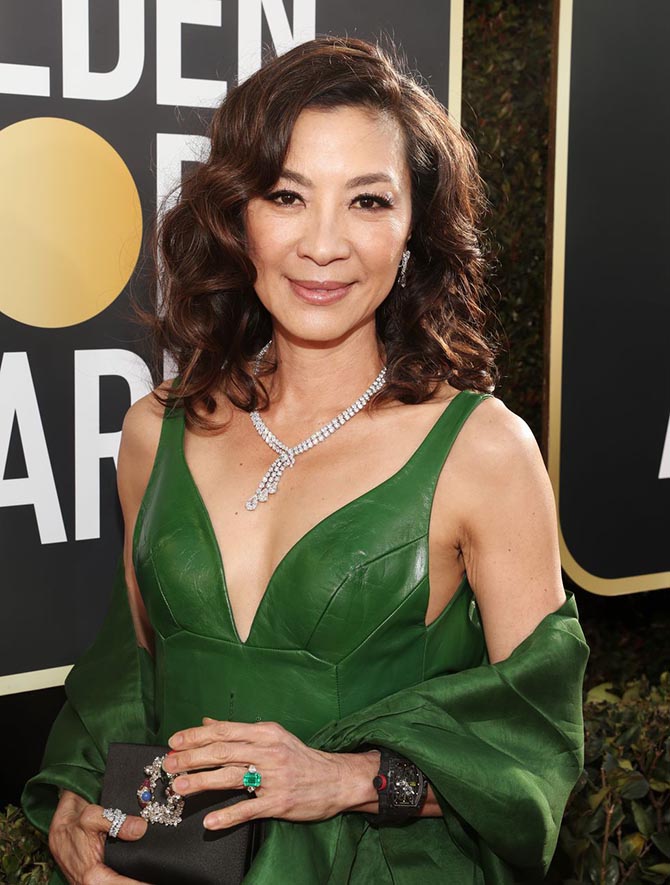 On Screen and Off

Michelle Yeoh gave Crazy Rich Asian fans, including yours truly, a thrill when she wore her own emerald ring that features so prominently in the plot of the film. She seemed to chose her green gown to go with the jewel and make it stand out. The star also wore a De Beers diamond necklace, earrings and thumb ring not to mention her beloved Richard Mille watch. 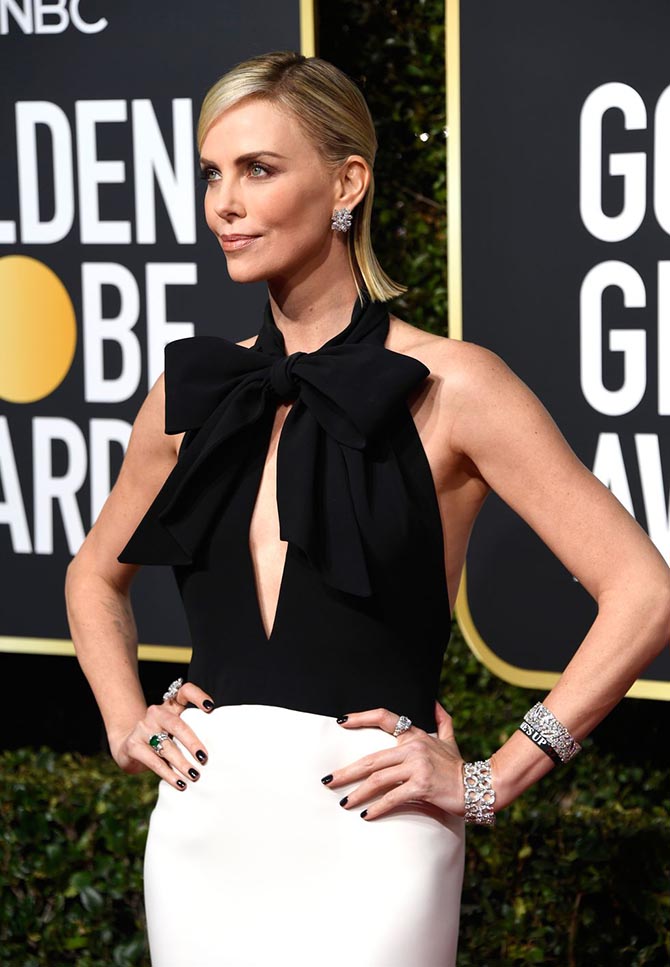 The Time’s Up organization launched last year at the Golden Globes. This go round many stars including Charlize Theron showed they are still supporters of the cause by tying on a Time’s Up X2 ribbon bracelet among their diamonds. The ribbon represented the group’s efforts to double the number or women in leadership positions and other roles. For the record Charlize was in Bulgari jewels. 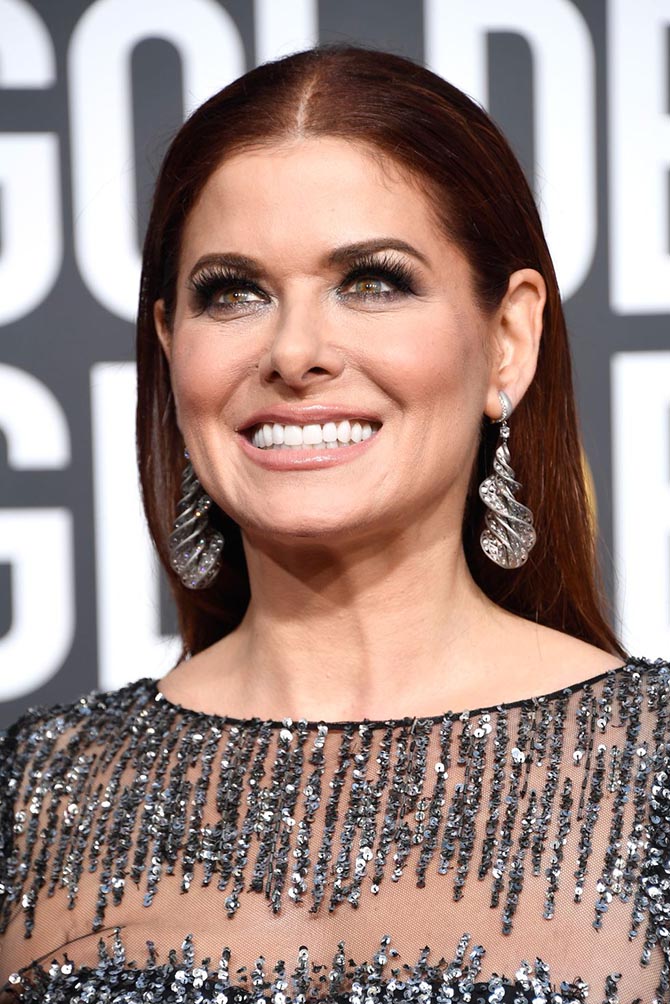 Debra Messing showed her jewelry savvy and why she won the GEM Award for Jewelry Style last year by choosing a pair of stunners from SABBA. The designer’s deluxe jewels have only appeared on the red carpet a couple of times but I sense that might just change this year. He was on my short list of Jewelry Designers Who Will Be Huge in 2019. 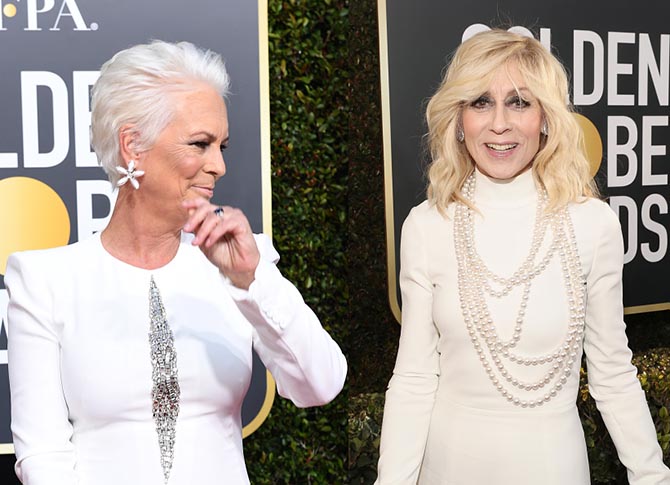 Jamie Lee Curtis and Judith Light both showed how women in their sixties could look wildly stylish in white and pearls. Jamie Lee Curtis, who is 69, sported an Alexander McQueen dress and earrings from her longtime friend and neighbor Cathy Waterman. Judith Light who is 60 paired a Christian Siriano gown with ropes and ropes of pearls from Sydney Garber. 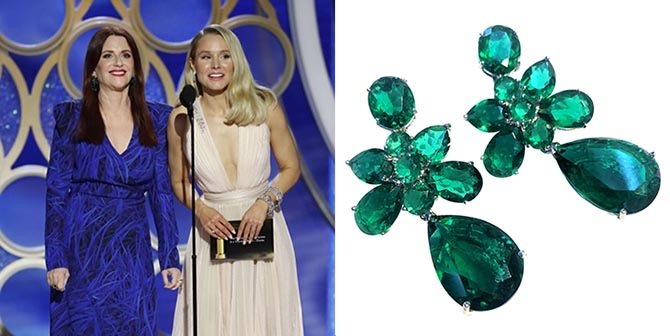 Not Everyone Walks The Red Carpet

Some stars don’t walk the red carpet and Will & Grace’s Megan Mullally was among them. I have no idea why she bowed out, but I do know when she took the stage to present an award with Kristen Bell, she looked sensational in emerald earrings by Gismondi 1754. The Portofino earrings were set with 60-carats of Columbian emeralds and designed by Massimo Gismondi, the head of the Italian family. 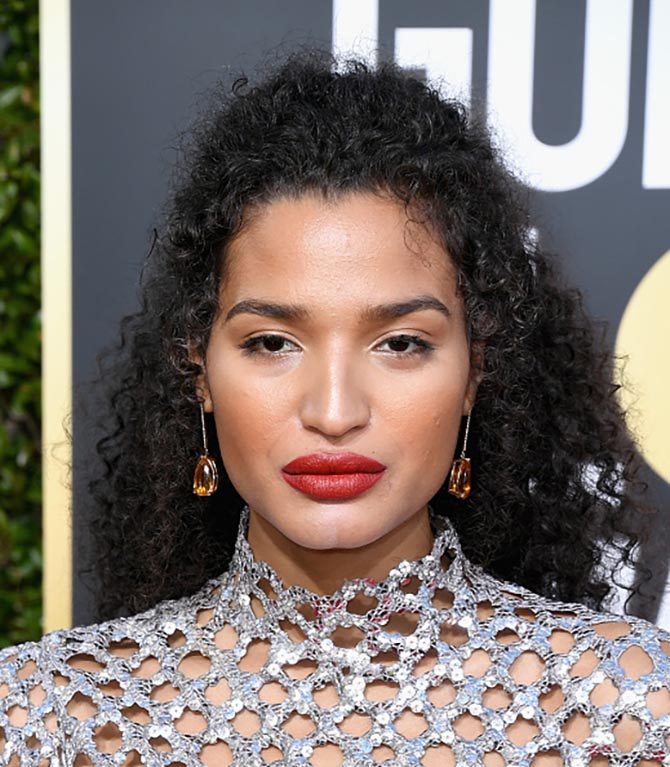 Sometimes jewelry critics bemoan that their are not enough independent designers on the red carpet. Well, that was not the case at the 2019 Globes. Indya Moore was one of many women who wore independent designers. Her mandarin citrine and diamond drop earrings came from Mateo. 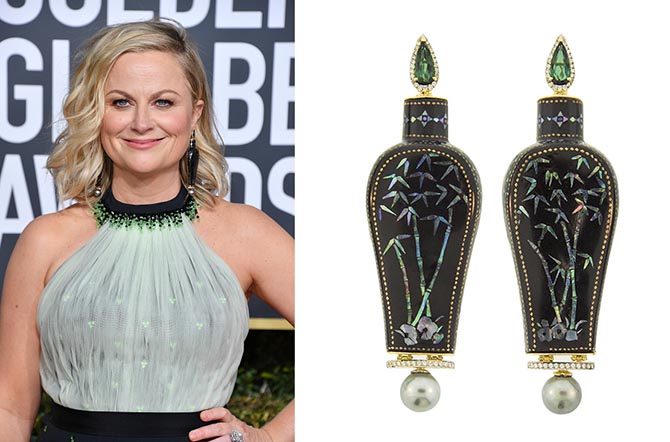 Amy Poehler was another star who chose an independent jewelry designer. Her bold earrings were by Silvia Furmanovich. The Amphora snuff bottle black lacquer and gold earrings have mother-of-pearl inlay and green tourmaline and grey pearl accents. 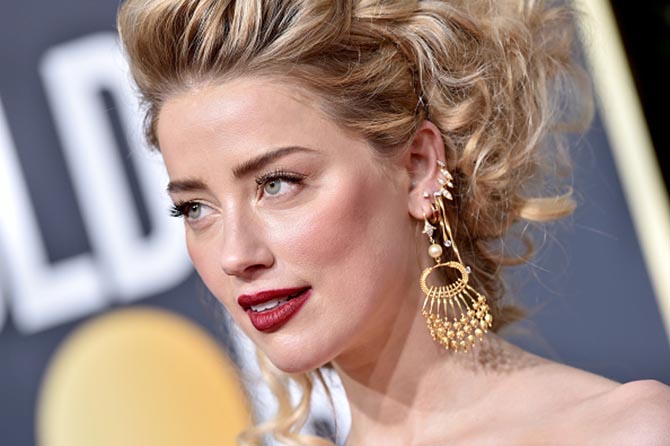 Amber Heard also sported a number of independent designers in her multiple piercings.  The big earring in the image above comes from our dear friend Hanut Singh’s gold collection.  Other designs on this lobe are by Marco Bicego and Marli. 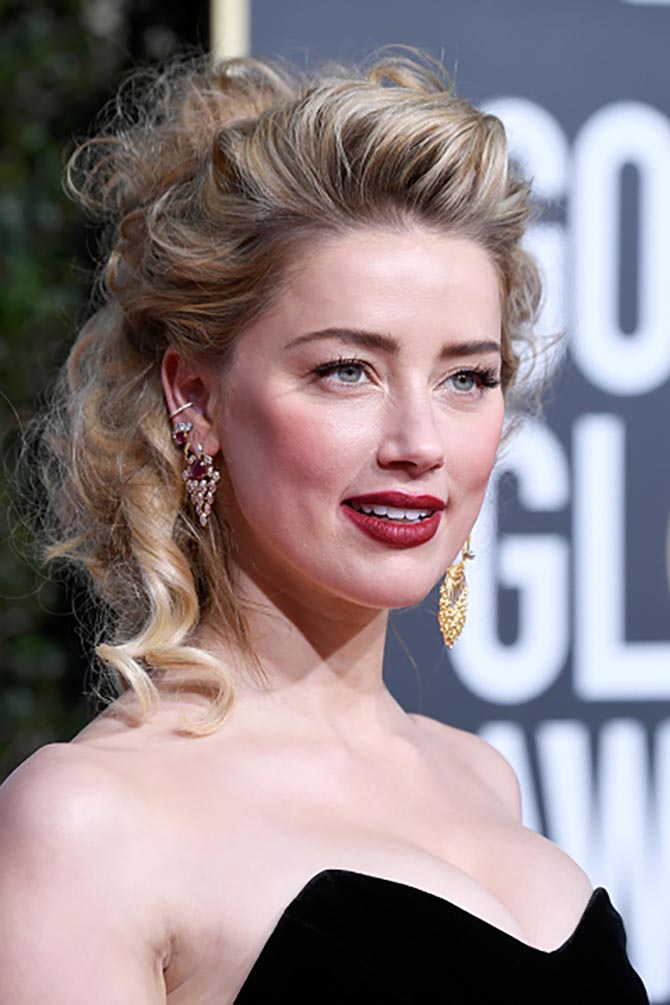 On her right lobe Amber wore a group of other designers. The ruby jewel is by Amwaj.

The Best Jewelry at the 2019 Golden Globes