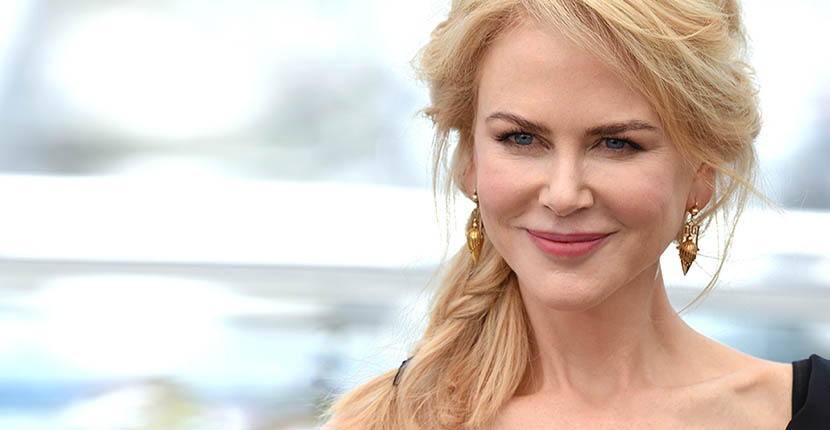 It wasn’t only big baubles at the 2017 Film Festival

The Cannes Film Festival is famous for over-the-top glamour and ginormous jewels.  Indeed, I have been charting the best jewelry for the last two weeks—and that is a lot of red carpets.  There is a place, however, during the event to find inspirational daytime jewelry styles.  The photo calls that preceded press conferences this year included jewelry for looks that ranged from cocktail dresses to jumpsuits and jeans. The return of vintage earrings was a trend The Adventurine called months ago.  Nicole Kidman, who made multiple stunning appearances over the course of several days promoting her many forthcoming films, sported a stunning pair of antique archeological revival gold earrings with a black Versace dress at the Top of The Lake: China Girl photo call.  While the source of Nicole’s earrings isn’t known, and there is a chance the pieces are recreations of the early nineteenth century style, the patina of the rich gold suggests they are authentic vintage. Sofia Coppola may be famous for her minimalist style, but there are always select jewels in the mix from her personal collection.  The Beguiled director, who was the second woman ever to win the directing prize at Cannes, sported wide legs jeans and a short-sleeved button down shirt with jewels that were a throwback to the 90s at the film’s photo call.  She had on a diamond solitaire necklace, a crème color cuff bracelet and a Cartier Panthère watch.  The timepiece, that was just reintroduced by Cartier and worn by Madonna and Gwyneth Paltrow in the 90s, is also the subject of Sofia’s next production, a short ad about the watch. Diane Kruger, who won the best actress prize for her role in the German film In the Fade, sported a chunky curb link choker to the film’s photo call with her BOSS black dress.  The bold jewel was a departure from the mainly delicate daytime styles spotted at the event. French actress Stacy Martin added her name to the long list of Repossi jewelry celebrity fans at the photo call for her film Redoubtable.  She paired a diamond ear cuff and ring from the cult label with a siren red No. 21 dress. Jessica Chastain, a member of the jury, appeared in several amazing pieces from Piaget throughout the Festival.  She also sported one of Piaget’s more casual jewels to perfection at the jury photo call.  The first day of the event, she coordinated a carnelian Possession pendant with her Roksanda ‘Florent’ crepe jumpsuit.  All in all, the actress truly walked off with the Best Jewelry Award at Cannes. The Best Jewelry on the 2017 Cannes Red Carpet