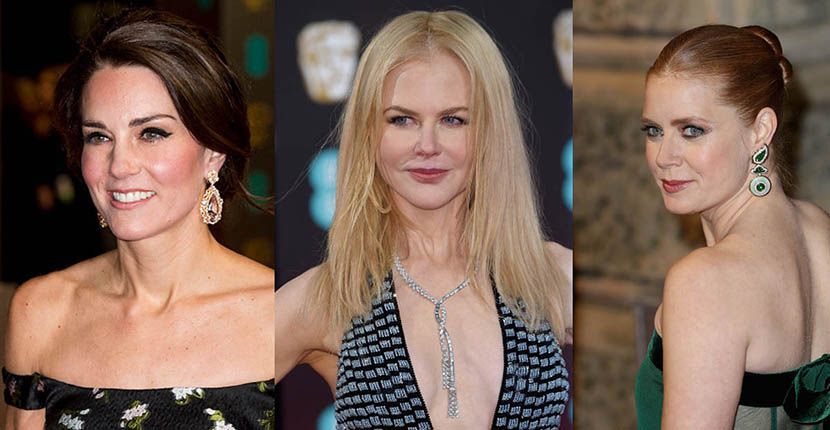 The Best Jewelry at the 2017 BAFTAs

Stars turned up the shine for the royal audience

The EE British Academy Film Awards may not be as high profile an occasion as the Oscars or any award show in Hollywood for that matter, but the stars did turn up the jewelry heat. Perhaps it was in order to shine for the royalty in attendance. Whatever the case may be there was lots of statement jewelry—large earrings in particular—to love . 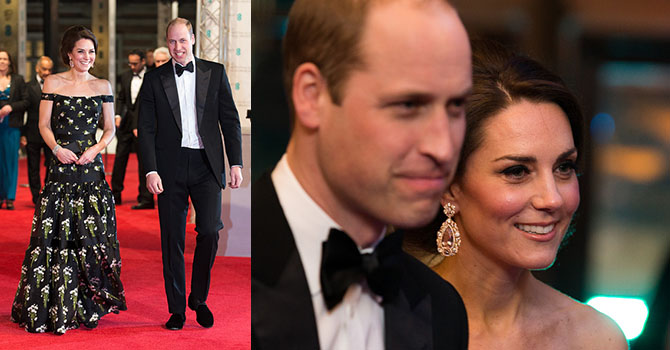 Kate Middleton only wears big jewels for special occasions otherwise she is rather low-key. When she goes big, she usually dips into the crown collection for a loaner, but these earrings are not ringing any bells with me. She wore them previously in 2011.  Perhaps they are from her family collection. This will be updated when details come to light. 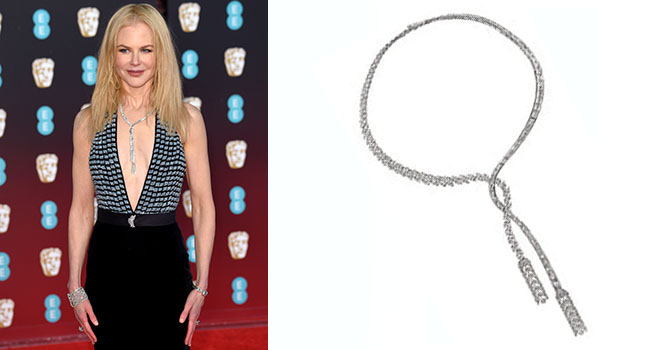 Nicole Kidman in Armani Privé dress with Harry Winston jewels including the Caftan necklace at right. Photo by Anthony Harvey/Getty Images and courtesy 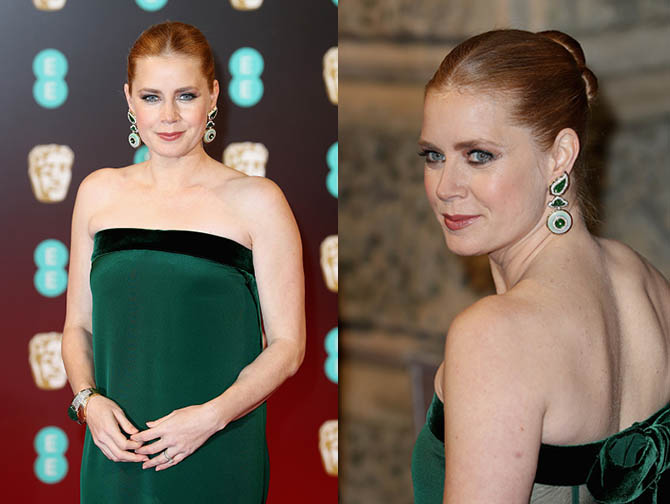 Amy Adams matched her David Webb jewelry to her green dress from designer and Nocturnal Animals director Tom Ford. The bold earrings and bracelet are set with carved jade and brilliant-cut diamonds. 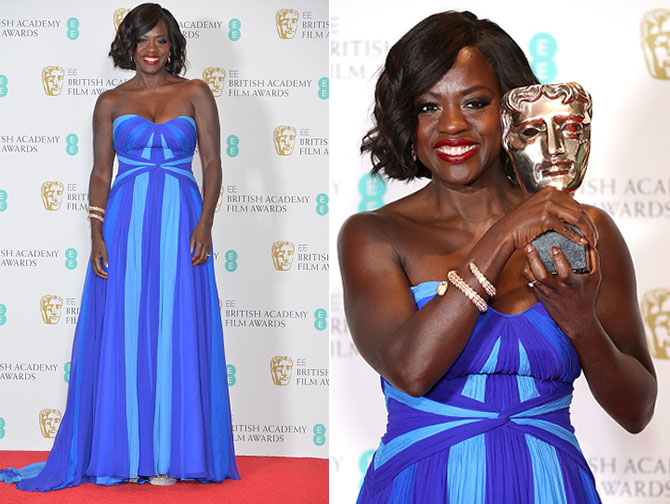 Viola Davis looked sensational when she won her BAFTA for Fences in a striped Pamela Roland strapless gown and a diamond Serpenti bracelet from Bulgari.

Emily Blunt, who was nominated for her haunting role in The Girl on the Train, lit up her multi-color Alexander McQueen gown with 50-carat sapphire pendant earrings and a dragonfly ring by Lorraine Schwartz. 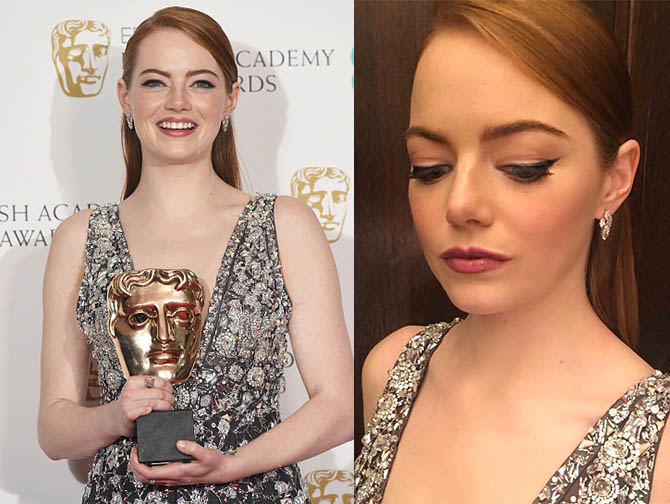 Emma Stone who won the Best Actress BAFTA for her role in La La Land added a touch of Tiffany to her Chanel ensemble. The diamond and platinum pieces included marquise shape diamond earrings, an Etoile five-row band ring and a mixed cut diamond ring.