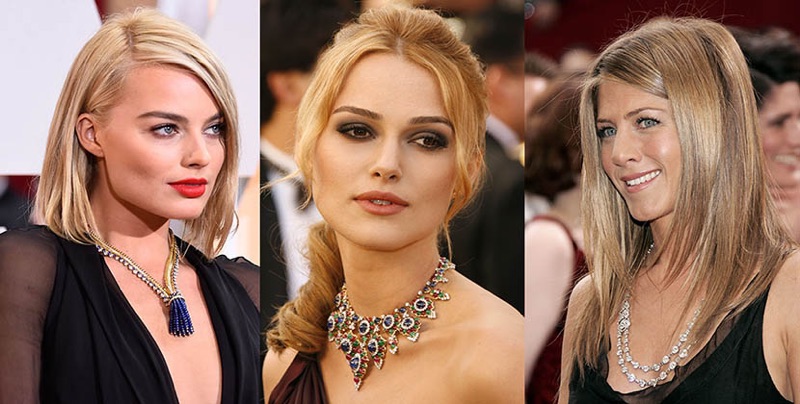 The Best Oscar Necklaces Ever!

All about the masterpieces that caused a sensation

If the Oscars are the Super Bowl of jewelry—and they are—the MVPs of the event are players that stroll the carpet in great necklaces.  On my very short list of best necklaces ever at the Oscars are two vintage Bulgari designs worn in 2006, a year when the stars were jewelry aligned.  The other piece is a contemporary rendition of the Van Cleef & Arpels Zipper necklace.  It was put on Margot Robbie by stylist extraordinaire Cristina Ehrlich in 2015. 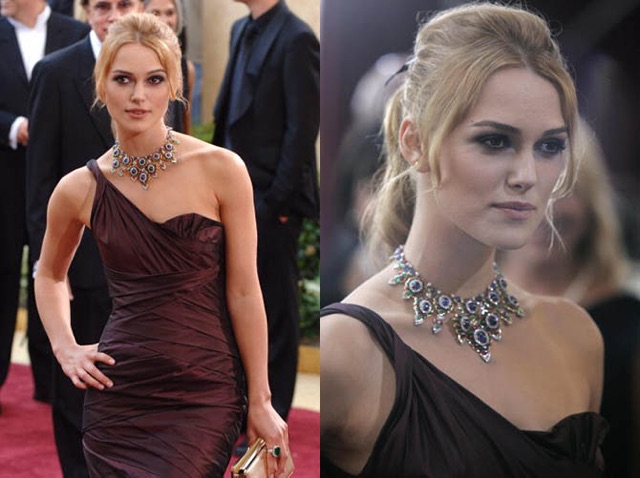 Keira Knightley, nominee Best Actress in a Leading Role for “Pride & Prejudice” at the The 78th Annual Academy Awards, wearing a Bulgari necklace form the 1960s Photo by Jeff Kravitz/FilmMagic

Keira Knightly at the 2006 Oscars in Bulgari: The English actress broke every style rule in the book and made her most exceptional red carpet appearance at the Oscars in 2006. She put on a bib necklace by Bulgari-a masterpiece made in the 1960s from the Italian jeweler’s archive collection-and paired it with a one-shoulder gown in a color that did not even really match the gems in the jewel. “When she put the necklace everyone was speechless,” said her stylist Rachel Zoe.   Meanwhile, we have been talking about it ever since. 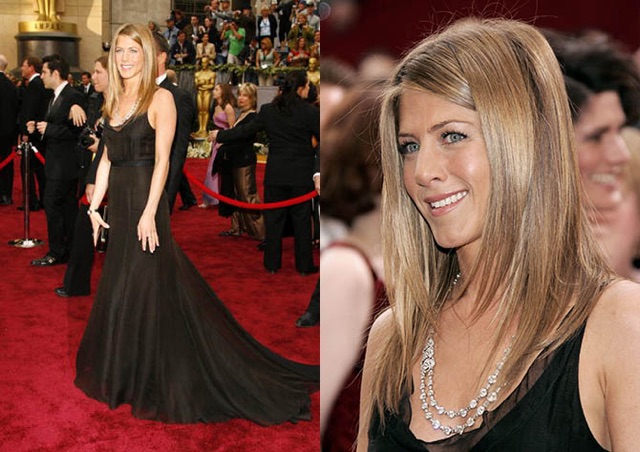 Jennifer Aniston at the The 78th Annual Academy Awards in an art deco Bulgari necklace. Photo by Chris Polk/FilmMagic

Jennifer Aniston at the 2006 Oscars in Bulgari: Aniston’s style always looks effortless on the red carpet. At the 2006 Oscars she maintained her easy-breezy look in breathtaking fashion tossing on a Bulgari diamond art deco necklace from the jeweler’s archive collection. The sensational piece sparkled with over 137-carats of diamonds. 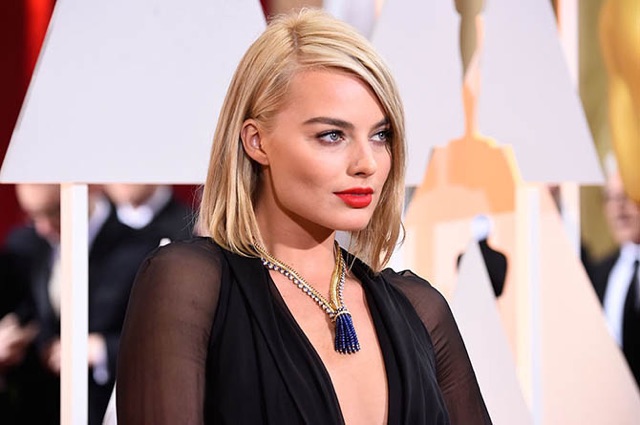 Margot Robbie at the 2015 Oscars in Van Cleef & Arpels:  The Duchess of Windsor may have inspired the Van Cleef & Arpels Zip Necklace Robbie donned for her smoldering walk down the red carpet, but the Australian actress made the masterful design famous for a whole new generation. The way the gold jewel featuring 300 sapphires and 150 diamonds was styled with a red lip, blonde lob and plunging black Saint Laurent Paris gown modernized the look of the piece and revealed its sex appeal.

Beyonce’s $12-million diamonds at the Grammys