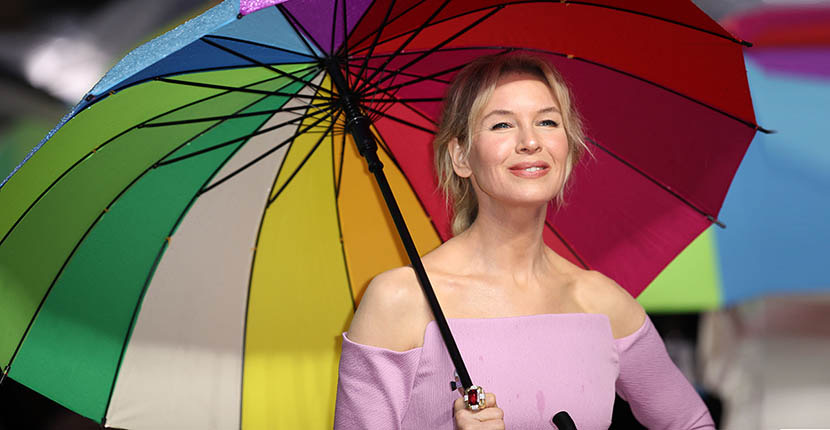 The odds-on favorite to take home the Best Actress prize at the Oscars on Sunday night is Renée Zellweger for her role in Judy, the riveting bio pic about the last year of Judy Garland’s life and her historic run at the Palladium in London.

Zellweger has won every big Best Actress prize that’s given for the film, beginning with the Golden Globes and going on to include the Critics’ Choice Award, the Screen Actors Guild Award and the BAFTA. At almost all of the red carpets, as well as the parties and events surrounding the awards, the star has worn jewelry by David Webb.

In fact, Zellweger’s choice of David Webb predates Awards Season. She has been sporting the great American jeweler’s statement pieces consistently since the moment she began making appearances at premieres and press events for Judy last year. 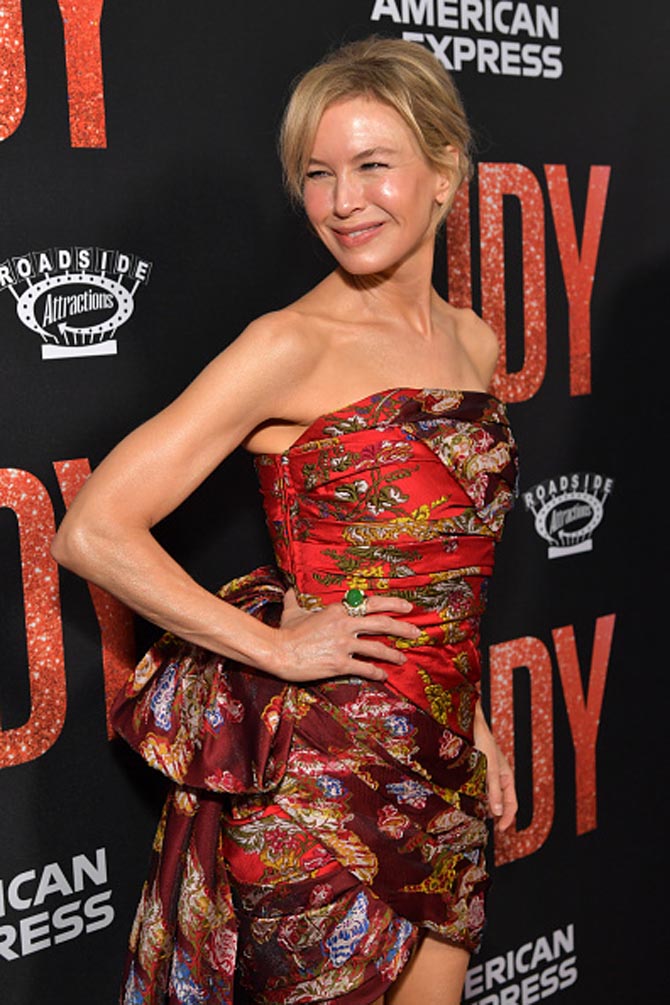 It’s pretty rare for a star to demonstrate this kind of loyalty to just one jewelry designer. If you are wondering, the actress does not work in any official capacity with David Webb. By all accounts, she just likes the jewelry. Scratch that. From the looks of things, she loves the jewelry. And it’s easy to see why. The bold designs work perfectly with the way she makes her jewelry statements.

Zellweger doesn’t have pierced ears and I am guessing doesn’t enjoy wearing clip-on earrings since she never does. She never wears necklaces either. I am hypothesizing that she prefers to keep the line of her body skimming ensembles clean. 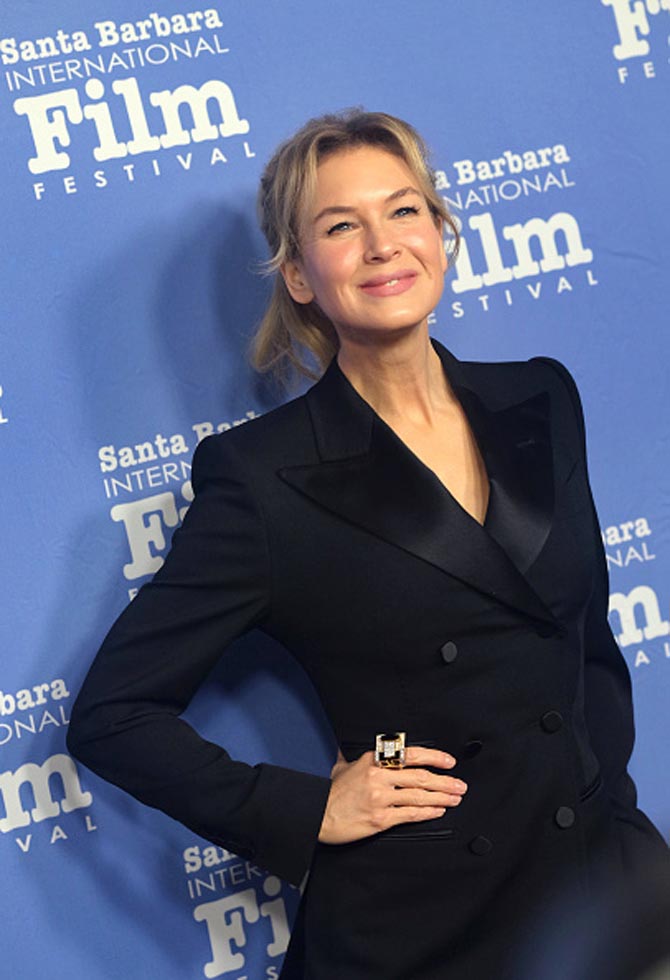 What Zellweger likes to do is make a big jewelry statement on her index finger. There are few, if any, bolder collections of rings than David Webb. This has not gone unnoticed by the photographers who, on several occasions, have taken detail shots of the jewels. Trust me, they don’t do this often. I wish they did. But the fact is the photogs only zoom in when there is a new engagement ring or something eye-catching like a David Webb jewel. 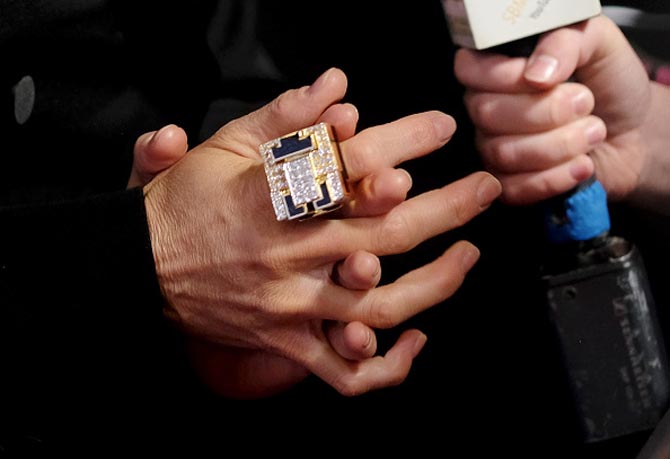 The other way Zellweger likes to wear Webb is on her wrist. She usually just chooses one big bracelet. On special occasions, such as the BAFTAs, she wore several bracelets and a ring.

See more moments from the last several months of Zellweger wearing Webb below. Nobody knows if the star will wear Webb on Oscar night. If she choses another designer, I suspect she will return to Webb in the future. It is a real style winner for her. 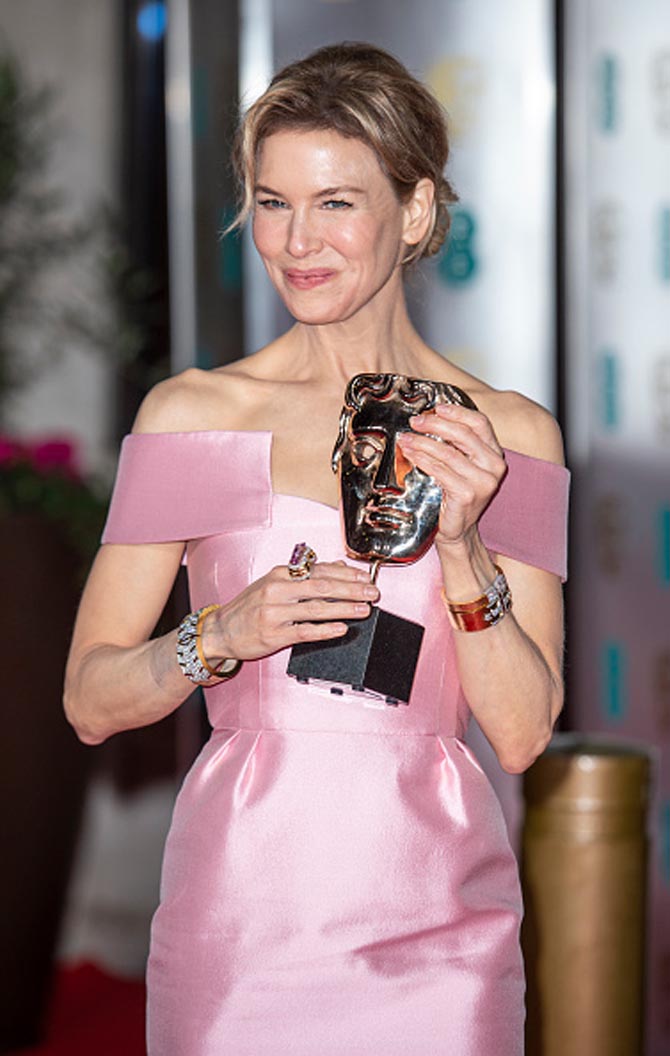 Detail of Kunzite ring worn by Zellweger at the BAFTAs. 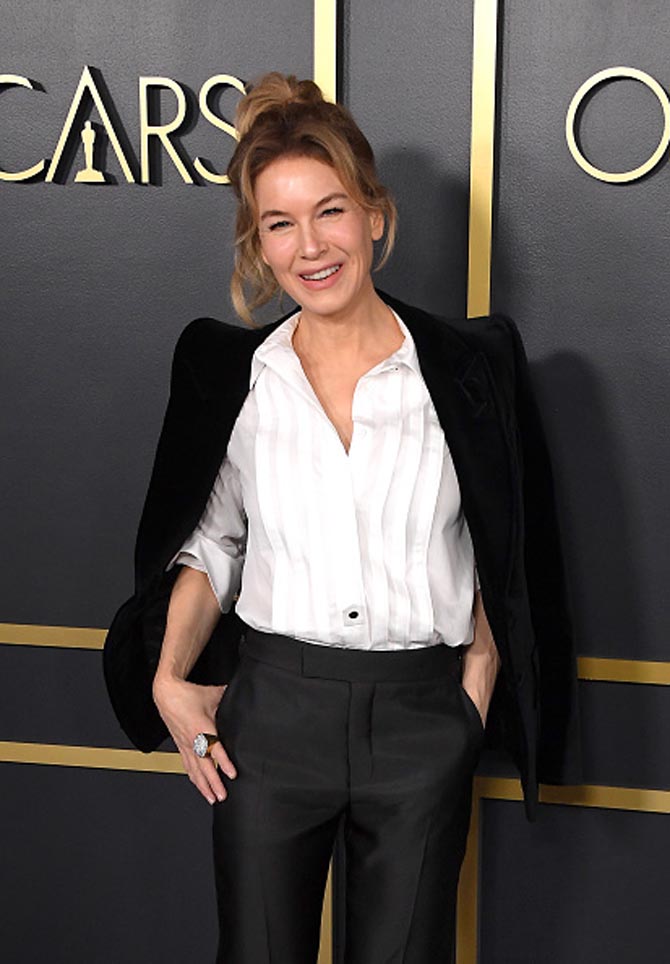 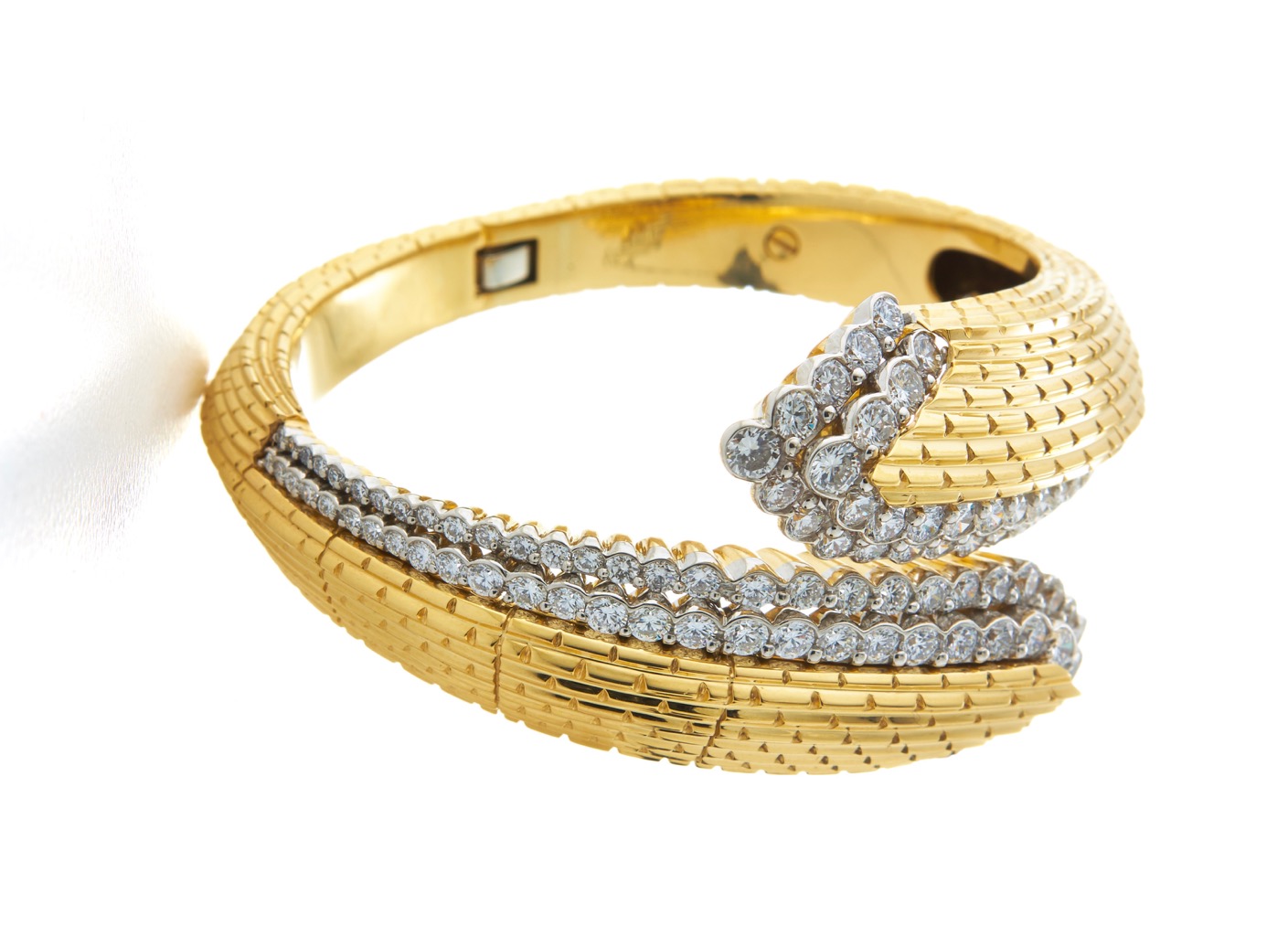 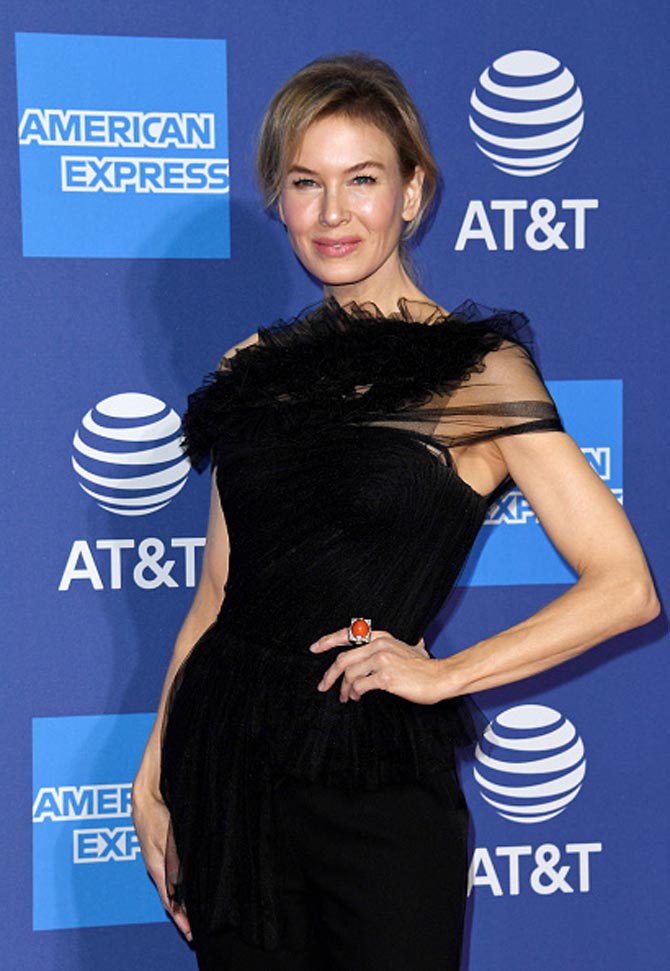 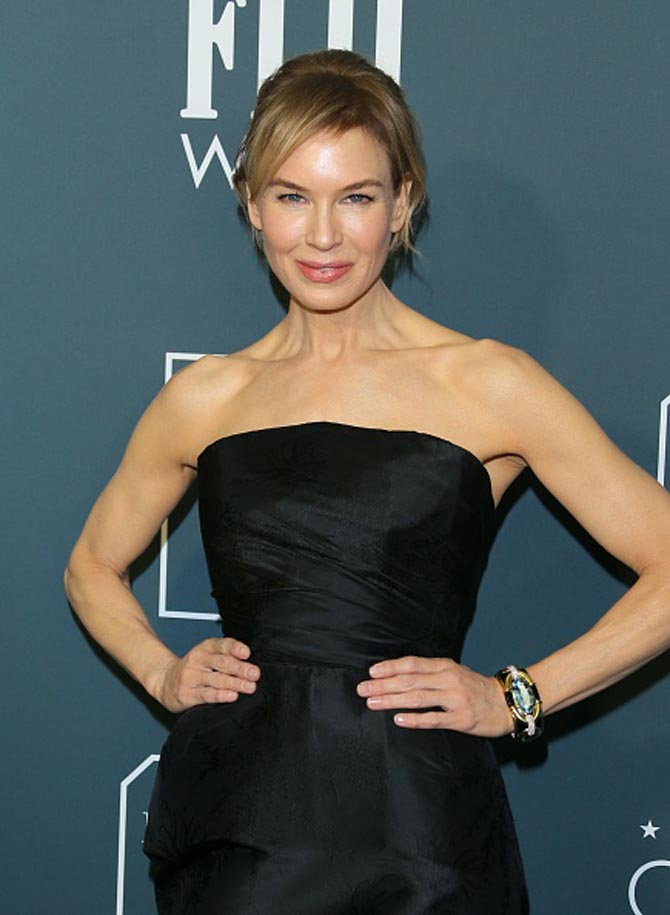 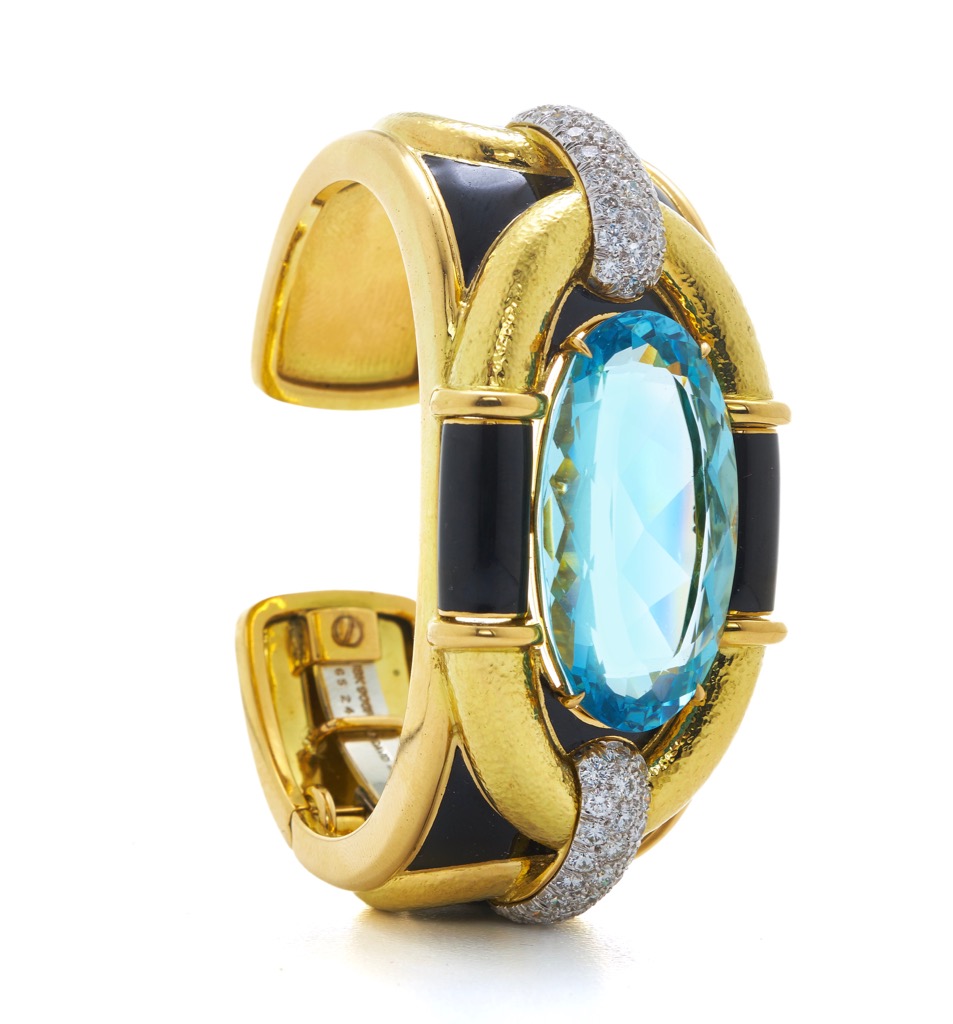 Detail of the David Webb cuff Zellweger wore to the Critics’ Choice Awards. 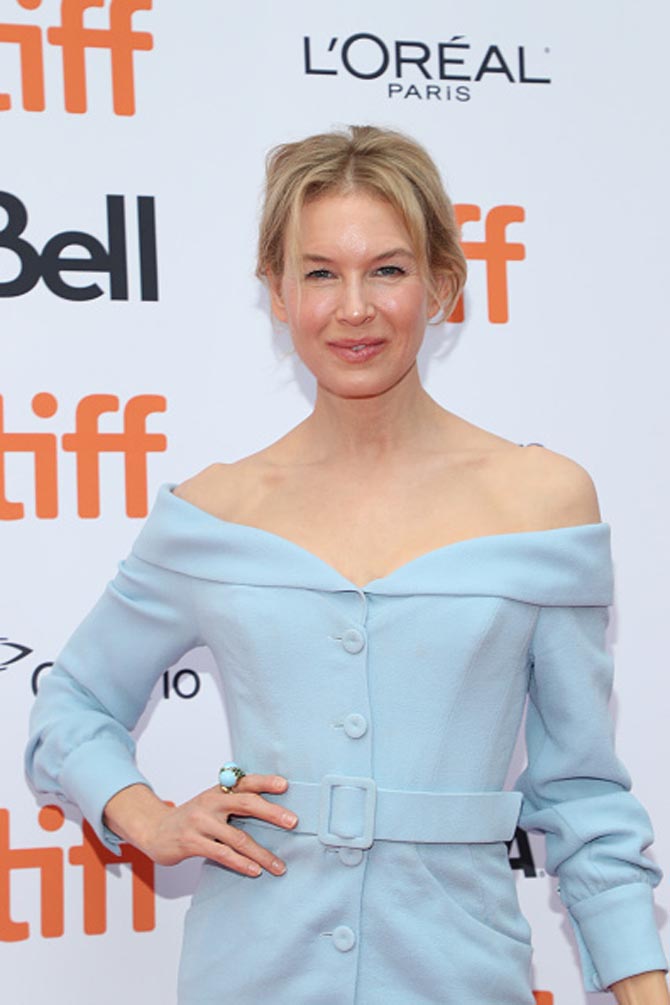 Zellweger wore a David Webb Crossover Ring with light blue and green enamel and 18K gold to the Judy premiere at the 2019 Toronto International Film Festival on September 10,2019. Renee Zellweger wore a David Webb Dinner Ring with cabochon jade, brilliant-cut diamonds, black enamel,18K gold, and platinum for her appearance on The Late Show with Stephen Colbert on September 25, 2019. The David Webb ring Zellweger wore on The Late Show with Stephen Colbert.

Jewelry Surprises at the 2020 Golden Globes

J. Lo Wears Earrings From A. Rod on the Red Carpet