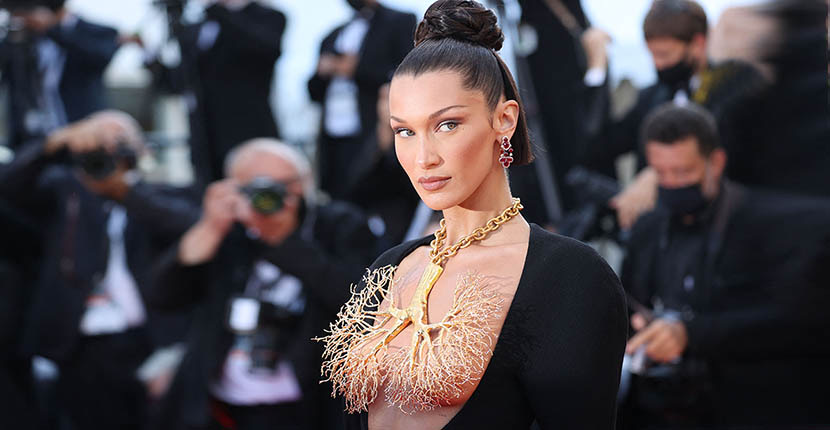 The Stylish Jewels Worn During Week 2 of Cannes

It was all about individuality

July 16, 2021—What the Cannes Film Festival may have lacked in star power on the red carpet, it more than made up for with eye-catching individuality. Many of the actors and models (there are always models on the carpet in Cannes) walked out on a limb and really went for some unique looks. Others clearly were just being themselves and that is, actually, not always the case on the carpet where people so often play it safe.

This concept of individuality was (now famously) captured by the cast of Wes Anderson’s The French Dispatch at the photo call for the film. The image above was hilariously given the meme treatment all over Twitter. The range of personalities from Gen Z cool (Chalamet) to polished avant garde (Swinton) and classic with a twist (Anderson) can all be found in the jewelry statements. I swear it is true. And it was true last week at Cannes as well. Well, actually not 100% true. No one was quite as casual as Bill Murray on the red carpet—the French would literally not allow it. But the range of jewelry styles was impressive.

See our favorite jewels and find out more about them below.

Bella Hadid wore a Schiaparelli dress and costume necklace in the shape of bronchial trees as well as Chopard jewels to a screen of Three Floors.

At The Story Of My Wife screening, Poppy Delevingne wore earrings by Chopard.

At the The French Dispatch screening, Maggie Gyllenhaal wore earrings by Chopard.

At the Memoria screening and almost all her events, Tilda Swinton wore delicate diamond jewels by Chanel.

The Best Jewels Worn At Cannes So Far