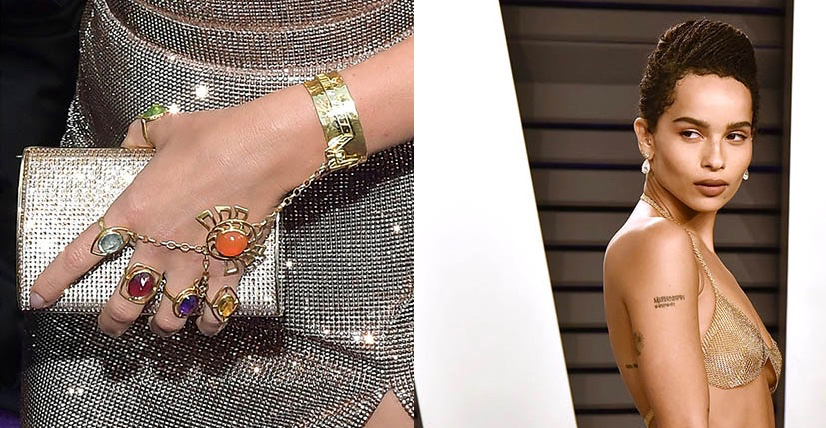 The Year in Adventurous Celebrity Jewels

2019 was anything but routine

Stars stood out on the red carpet (and the tennis court) this year by making some adventurous jewelry choices. There were bejeweled creatures, a custom-made hand piece, a Nike Broosch and one golden bra. It was a fabulous ride and a departure from the beautiful, but comparatively safe looks we have seen in the recent past. See links to all the stories as we covered them below. 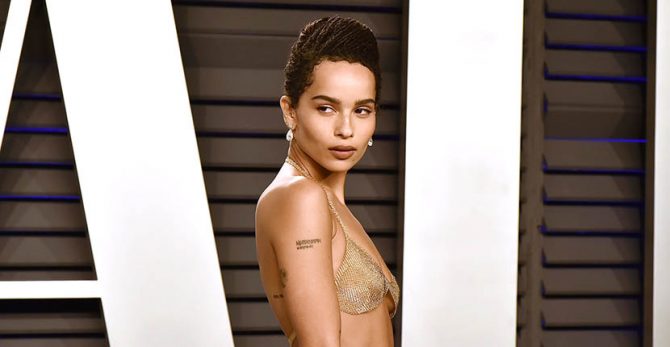 At the Vanity Fair Oscar party, the Big Little Lies star stunned in an 18K gold Mesh Halter Bra designed by the great Elsa Peretti for Tiffany. She paired the pieces with assorted Tiffany diamond jewels and a low-slung black skirt from Saint Laurent. Read more… 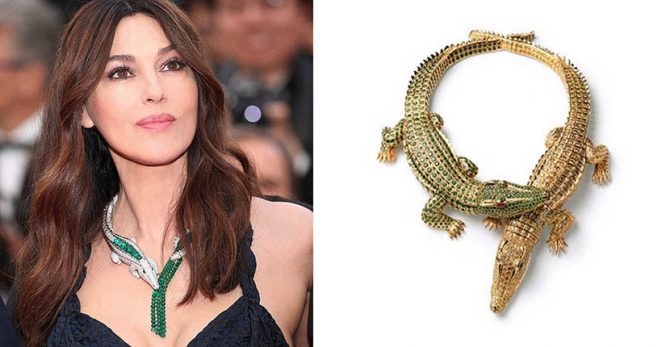 Monica Bellucci made a style call back in Cannes. The Cartier crocodile necklace she wore to the May 18, 2019 screening of Les Plus Belles Annees D’Une Vie (The Best Years of a Life) was inspired by María Félix’s crocodile necklace that she had donned in 2006 for the Film Festival. The vintage piece is one of Cartier’s most iconoclastic designs. Read more… 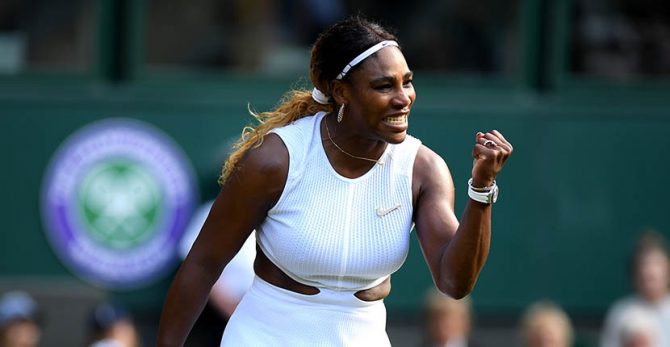 Serena Williams is known for the fashion statements she makes on the court. Among all the star’s recent eye-catching looks, however, none have been quite as well accessorized as her outfit for this year’s Wimbledon. Serena stepped on the court on July 2, 2019, to play her first round against the Italian qualifier Giulia Gatto-Monticone in a white knitted dress with cutouts at the waist and the Nike Swoosh embellished with 34 Swarovski crystals and several diamond jewels. Read more… 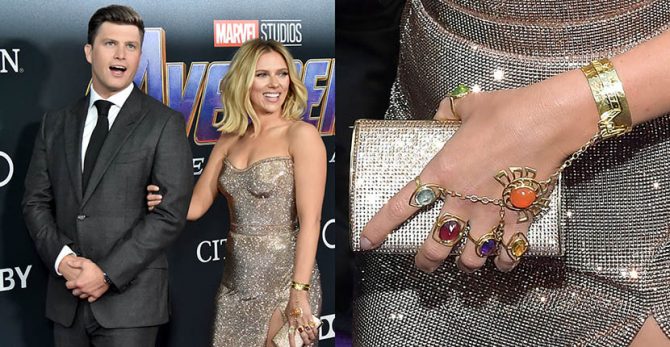 Colin Jost wanted to give Scarlett Johansson something really special to celebrate Avengers: Endgame. The SNL star envisioned a jewel inspired by the Thanos Gauntlet set with the Infinity Stones from the Marvel films and he knew just where to get it. He went to Scarlett’s good friend, jewelry designer Sonia Boyajian, and commissioned the piece three months in advance of the world premiere. Read more… 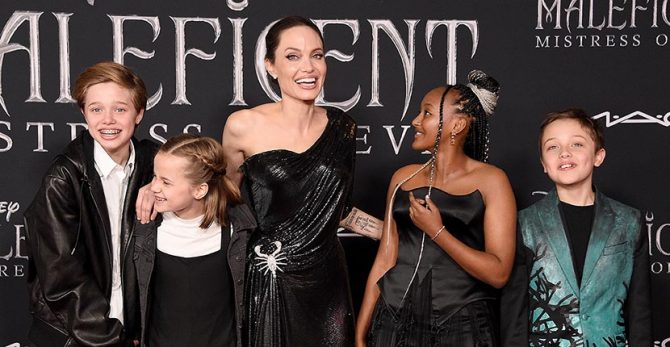 At first glance I thought the giant scorpion on Angelina Jolie’s hip at the Maleficent: Mistress of Evil premiere on September 30, 2019 in Los Angeles was a sequined part of her Atelier Versace black gown. I didn’t think it was a fine jewel, because it’s ginormous. I am happy to report, I was wrong. 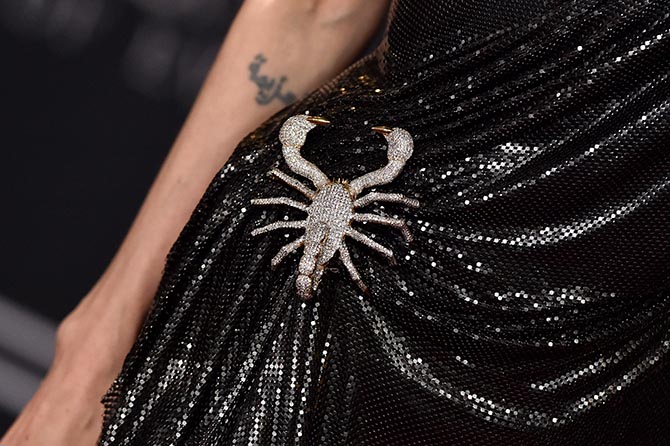 The Scorpion is a 50-carat diamond and platinum brooch with gold details on the body and black diamonds on the underside and ends of the legs. Composed like a piece of sculpture, the tail curls over and the legs have a bend. Jolie conceived the slightly sinister 3-1/2 inch long statement piece with Los Angeles based jeweler, Robert Procop. Read more…

Lust: Verdura’s Night and Day Jewels Sing To Me