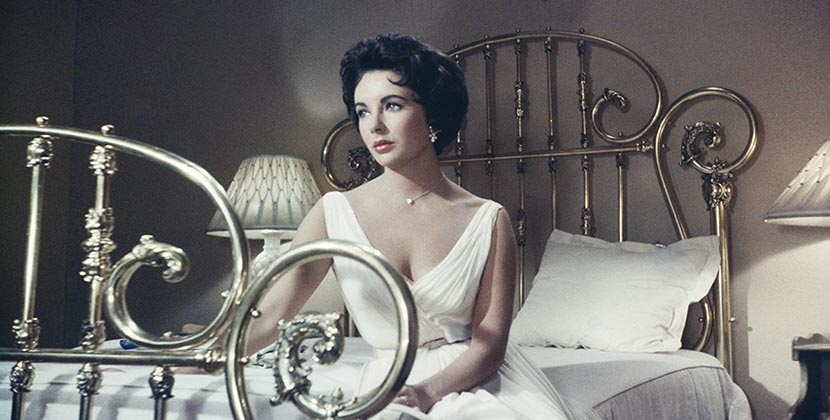 There is a poignant story behind the star's little diamond heart

Elizabeth Taylor had nice jewelry before she married Mike Todd in 1957, but the film producer added significantly to her collection. A few of the most well-known jewels include a Burma ruby and diamond suite by Cartier, an antique diamond tiara and glamorous chandelier earrings. A far less well-known piece Todd gave Taylor is a small diamond heart pendant. It is certainly her most sentimental jewel among the treasures from her third husband.

I had always been aware of the little heart in photos of the star from Cat on a Hot Tin Roof, but didn’t know anything about it. I hadn’t noticed how often she wore the piece until Taylor’s right-hand man for over 21-years, Tim Mendelson, who is now a trustee of the Elizabeth Taylor Trust, told me the backstory he had discovered. 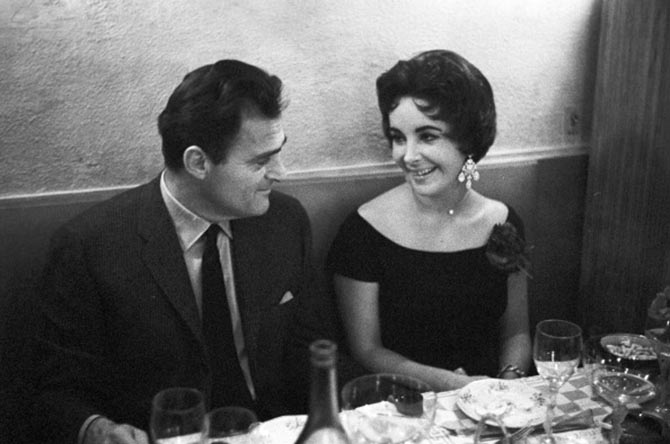 Mike Todd dining with Elizabeth Taylor in February 1958. She is wearing her diamond heart necklace and chandelier earrings. Photo Getty

“Elizabeth had a closet in her dressing room filled with a bank of drawers of her jewelry,” explains Tim. “I noticed the little heart, but didn’t really know what it was right away. It stood out as being different among her other jewels.” After Elizabeth passed away, when Tim went to visit her daughter, Liza Todd, he learned she also had a rendition of the jewel. Liza told him, her father, Mike Todd, “had one made for Elizabeth and one for her grandmother who she inherited it from.” 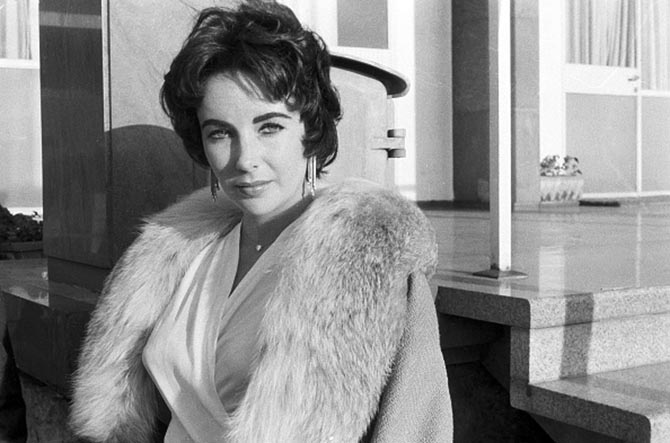 It seems she received it from Todd in early 1958. One of the first times she was photographed wearing the jewel was on February 12, 1958 during a press trip to Europe. It could have been an early Valentine’s Day gift he had given her and her mother. Taylor also had it on during the Golden Globes on February 22, 1958, when she wore it with her tiara and chandelier earrings. 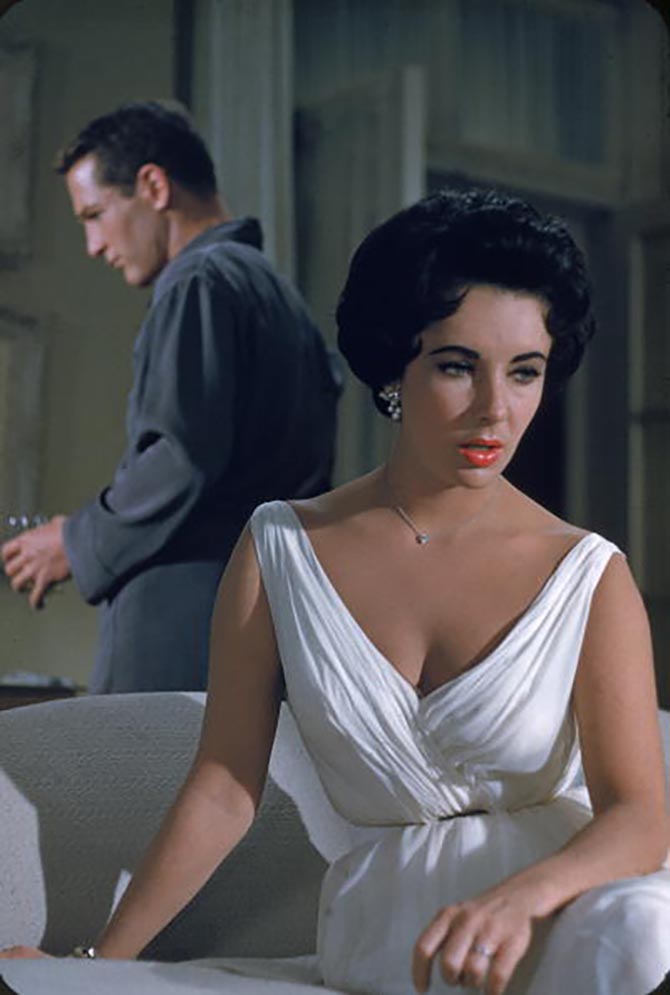 Paul Newman with Elizabeth Taylor who is wearing her diamond heart pendant necklace in ‘Cat on a Hot Tin Roof.’ Photo MGM/Getty

Whatever the occasion was for the gift, the sentiment Taylor felt for the jewel was clearly attached to the fact that she received it shortly before Mike Todd died in a plane crash on March 22, 1958. She wore the heart-shaped diamond to Todd’s funeral and constantly for almost two years after he died.

When she had to fulfill her work commitment and begin filming Cat on A Hot Tin Roof on April 14, 1958, less than a month after her husband died, she made the diamond heart part of her costume and delivered a performance for the ages in the hard-hitting Tennessee Williams drama. 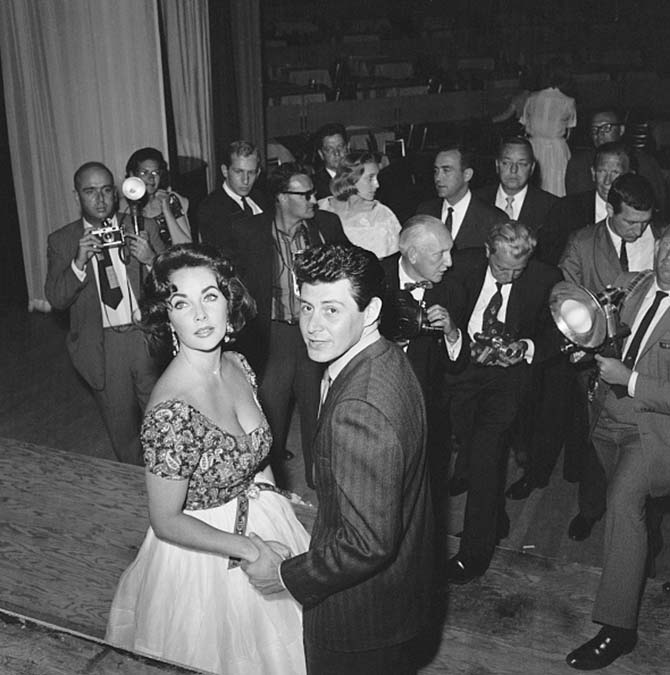 After the production wrapped, as Taylor famously fell in love with Mike Todd’s best friend Eddie Fisher who was married to America’s Sweetheart Debbie Reynolds, she continued to wear the heart necklace. She even had it on the day she married Fisher on May 12, 1959. 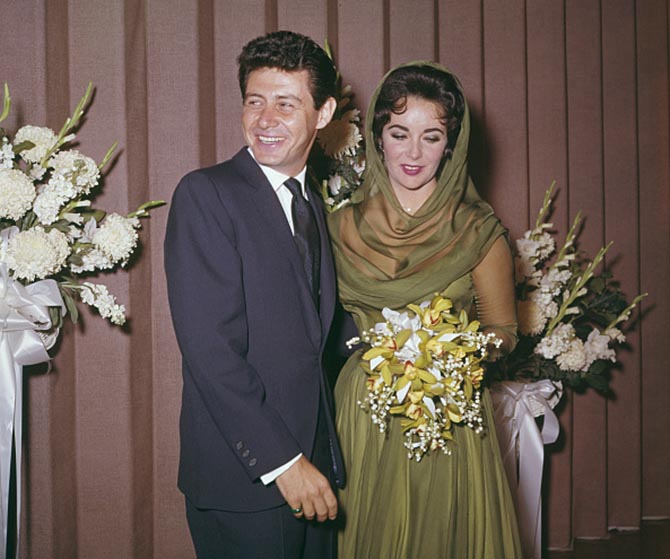 Eddie Fisher with Elizabeth Taylor who is wearing her diamond heart pendant during their wedding ceremony in Las Vegas on May 12, 1959. Photo by Rolls Press/Popperfoto/Getty Images

When she began filming Suddenly Last Summer, shortly after her nuptials, she once again made the heart part of her costume. It wasn’t until 1960 when Taylor landed on the set of Cleopatra in Rome that the diamond heart is less of a mainstay in her daily jewels. 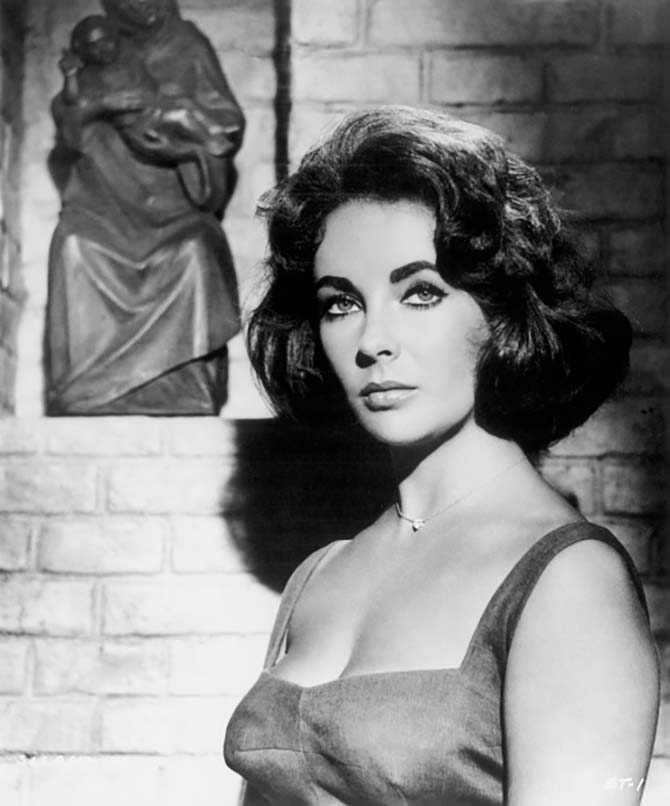 “I know how much the jewelry represented her emotional attachment to a human being,” explains Tim. “During the course of the decades I worked for her, if a friend of hers died she would always want to get out a piece of jewelry they had given her. She had a real emotional attachment to a jewel and the person. Looking at or wearing the jewel was a way of keeping their memory close to her.”