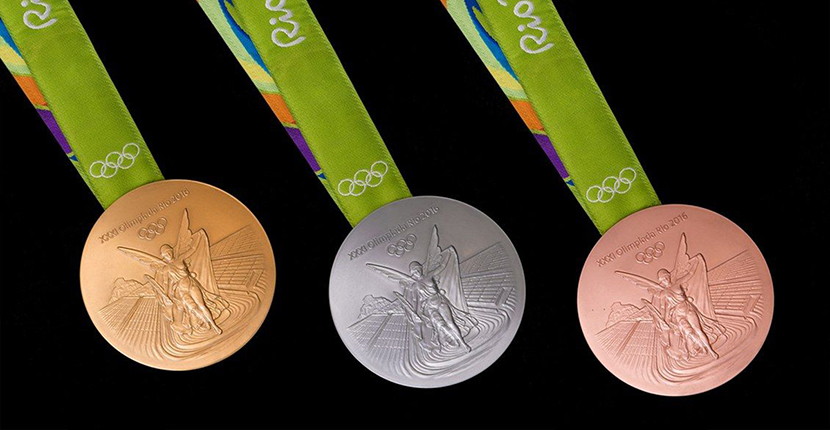 This story from the archives is being republished in celebration of the 2020 Olympics in Tokyo.

August 5, 2016—How did Greek jewelry designer Elena Votsi who is known for her bold sculptural work win the competition to design the Olympic medal for the Summer Games? The story started right before the 2004 Olympics in Athens. To celebrate the return of the event to its place of origin, the Olympic Committee decided there should be a redesign of the medal. It would mark the first time the hardware had been materially changed since the 1928 Games in Amsterdam. Elena recounted the moving experience of winning the intense competition for us.

How were you chosen to design the Olympic medal for the Athens Games?

In 2003, I received an invitation from the organization of the Olympic Games asking me to take part in the international competition to redesign the Olympic medal. My first reaction was to politely decline. The pressure was too much and the competition too challenging. I never thought I could win. Then I got a specific idea in my mind. I began drawing and making it real. After finishing the design, I left from Athens to Hydra to clear my head but more ideas were coming to my mind. As the deadline approached, I felt strongly that I should send the first idea that I had in my mind and heart. The one that was making me feel sure as an artist and as an admirer of the Olympic Games. 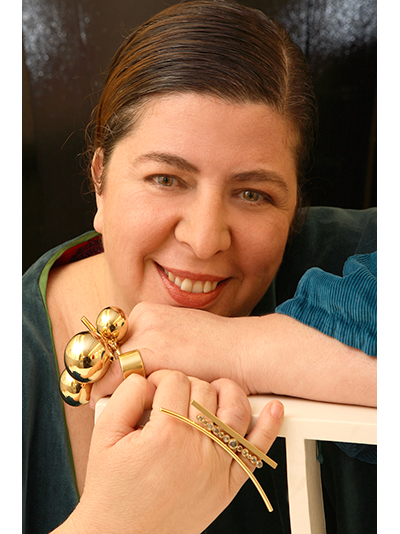 After turning in my proposal, I had some appointments with the organization. Finally, they announced that the winner will be chosen in a few days. I traveled to Hydra again. Then, one morning, I received a call from the president of the Olympic organization, telling me I was the winner. The same day I received a call from my doctor who told me I was pregnant with my son Nicholas. It was one of the best days of my life.

When you did the initial design did you know it was going to be used indefinitely for the Summer Games?

Not exactly, a few days after that first call, I had a second call where they told me that the international Olympic committee loved the universal approach of my proposal and the Greek elements used. They had decided to keep and use my design for the front of the medals for all the future Olympic Games. That was an unbelievable moment and the biggest honor of my career.

*Editorial note: Each host city creates a unique design on the reverse and their own size for the medal.

Your beautiful heroic design celebrates Greece with the goddess Nike, the Kallimarmaro stadium and the Acropolis? Greece’s ancient history is rich with symbolism. What made you decide to put these three elements on the medal?

According to myth, the goddess Nike came down from the sky to put the wreath on the head of the winning athletes. That’s why Nike is in the middle of the Kallimarmaro stadium. The stadium was part of the first modern Olympic Games in 1896. The Acropolis is the jewel of Athens and ancient Greece where Democracy and Philosophy started.  It is where meaning was given to important words such a universal, heritage and legacy. 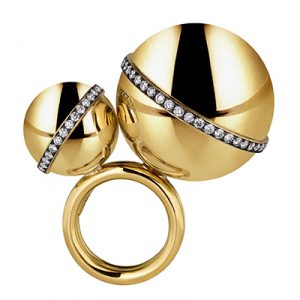 The three motifs were the first ones in my mind when designing the Olympic medal. They were the three symbols I wanted to use for making the connection between past and present, myth and reality.

Your collection is so bold and artistic and the medal is such a classical work. Could you tell me about the side of your personality you explored to execute the design?

This is something many people ask me. In my mind everything is very clear. My first degree at the School of Fine Arts in Athens was in painting.  My masters at Royal College of Art in London was in Jewelry. Two different things that allowed me to think as a painter and artist when needed and as a jewelry designer when needed too. Sometimes I use my knowledge from both for both.  When I am asked to design for a museum or for an organization or for the town hall or the government, it is different than when I design my jewelry collections. I love the fact that I can play in both ways and I can use everything I have learned by being next to my amazing teachers as a student in both colleges. I love designing anyway. There is nothing else I could I do.

Finally, what has it meant to you to be the designer of the medal for the Summer Games?

I think there are not any words that can explain my feelings about that.It is such a privilege and part of my identity already. It is so touching when I see all those great athletes wearing my medal, people who had to practice all their lives to achieve something like that. It is a great moment when I happen to meet some of those athletes or when they send me a picture holding their medals. I am more than happy to quietly be part of the idea of the Olympic Games. It’s an idea that brings different people together and tries to communicate the importance of friendship, love, courage, peace and humanity. 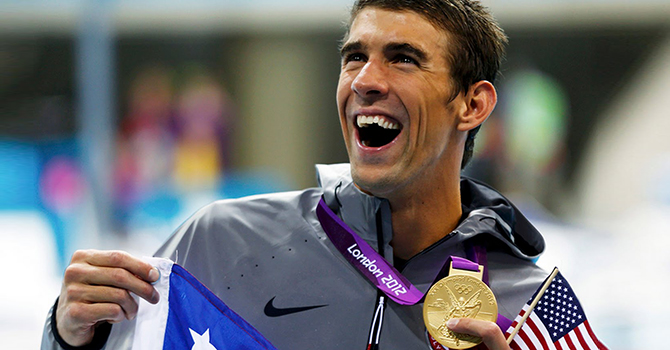 All 28 of the Olympic medals Michael Phelps has won feature Elena Votsi’s design on the front.

The Vince Lombardi Trophy Is Made By Tiffany