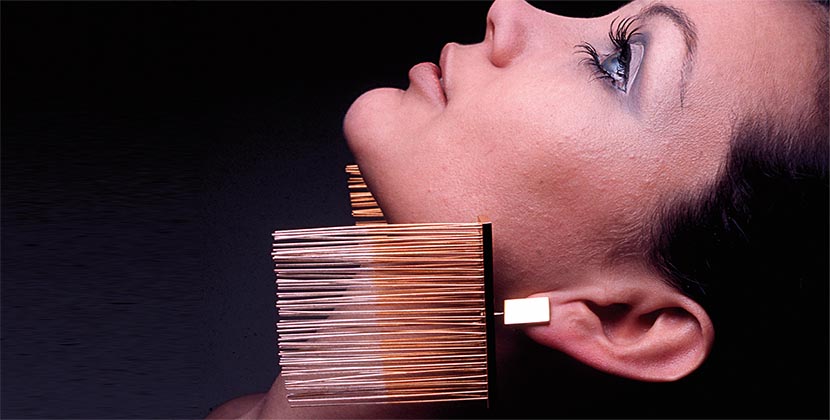 Jewelry by Artists: The Good, Bad and Ugly

A look at the artist jewelry revival

A dear friend of mine, who grew up surrounded by artists, fell in love with gems in one of the most rarefied ways I have ever heard. The American mid-century master Robert Rauschenberg showed her his collection of precious stones when she was a pre-teen. His interest in rocks and their discussions about them inspired her to become a jewelry designer. When she first told me this story, I was surprised to hear about Rauschenberg’s fascination with gemology, because his amazing creations are all collage and Combines with found objects, but then I realized it made perfect sense. Artists have a passion for beautiful materials. He appreciated the aesthetics of the natural wonders. 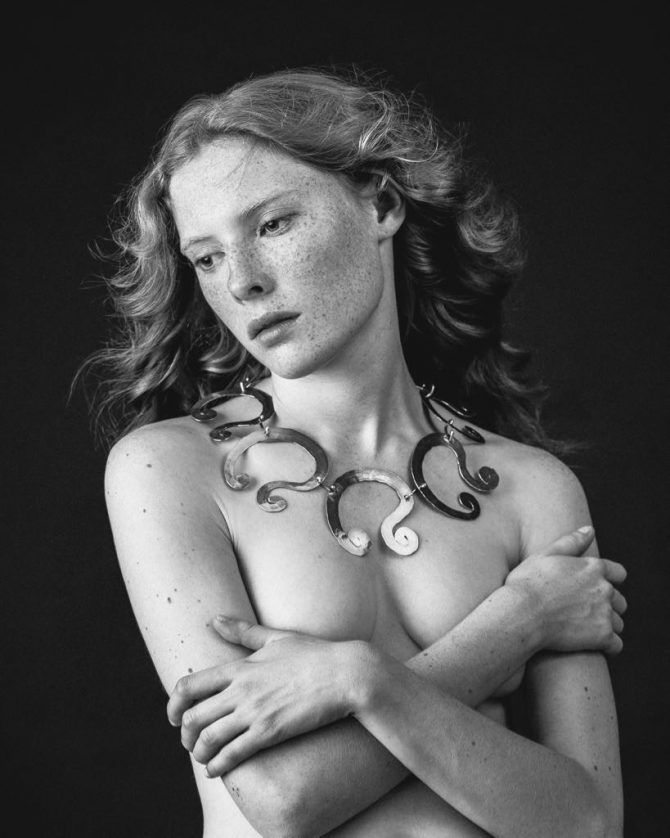 While Rauschenberg’s only foray into jewelry was mini Combine brooches executed by one of his assistants, gems were just a hobby, many other artists have made jewels. The little-known necklaces, bracelets, earrings and rings created by famous painters and sculptors are experiencing a revival right now. Louisa Guinness who not only collects, but also has a gallery in London devoted to art jewelry, published a book on the subject, Art as Jewellery: From Calder to Kapoor that was released last month. On March 7, 2018 the exhibit From Calder to Koons, Jewelry of Artists. The Ideal Collection of Diane Venet, will open at the Musée des Arts Décoratifs in Paris. 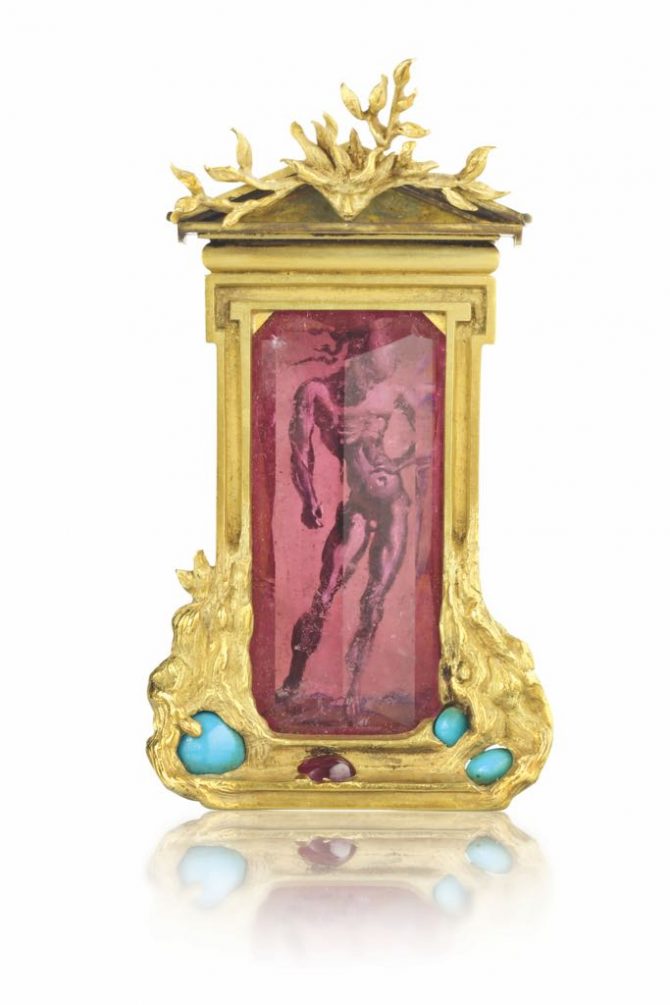 In the history of the genre, there are two artists who rank supreme: Alexander Calder and Salvador Dalí. Calder’s lyrical hammered brass, silver and gold creations that were in a spectacular 2016 show at Louisa Guinness, have been more influential than any other artist’s jewels. Dalí’s first foray into jewelry was a collaboration with the great Fulco di Verdura in 1941. Several years later he entered into a long relationship with the Argentinian jewelry manufacturer Carlos Alemany who transformed his imaginative designs into magical creations. 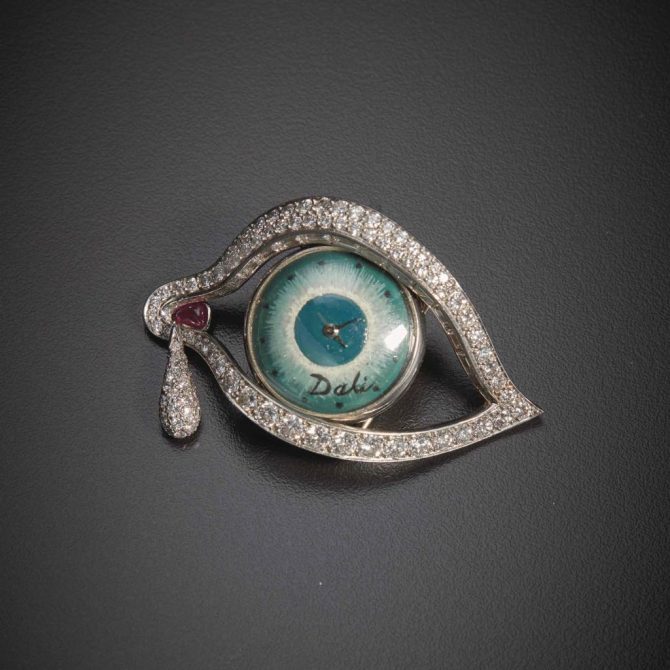 Dalí’s pavé-set diamond and platinum Eye of Time brooch has baguette-cut diamonds set along the lid, a diamond tear drop pendant and a ruby at the lacrimal sac. The dial of the watch was hand painted and signed by Dalí. Movado was responsible for the mechanical movement. Photo Sotheby’s

While Dali and Calder worked at the opposite ends of the spectrum in terms of the value of their materials, what they shared was a sense of the medium. Their work wasn’t shrunken down renditions of their art. It was fully realized as jewelry. 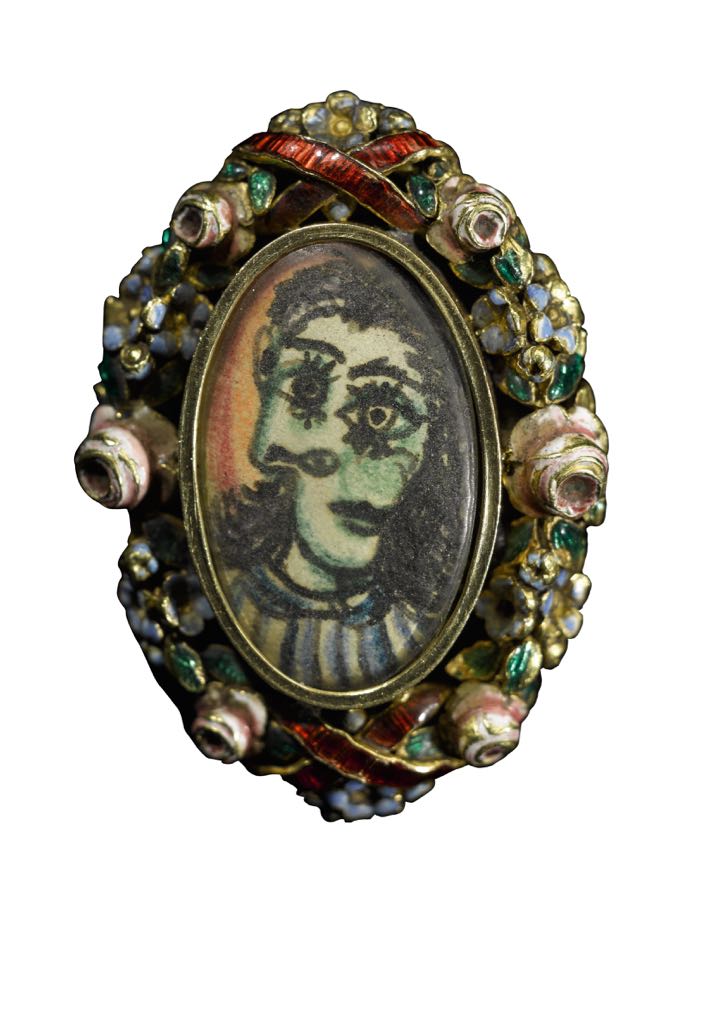 The Dora Maar portrait ring created by Picasso in the late 1930s is composed of a costume ring he found and a painting of Maar in the Cubist style he slipped into the center compartment. Photo Sotheby’s

Beyond these two masters, there are a handful of artists who made interesting forays into the field. The best of Picasso’s jewels are fascinating largely because they link to his love life. One of the most endearing pieces Picasso gave Dora Maar was a vintage costume ring he set with a miniature portrait he painted of her. He made a beautiful ceramic necklace of faces for his wife Jacqueline Roque. You can feel the passion Picasso put into creation of the jewels. 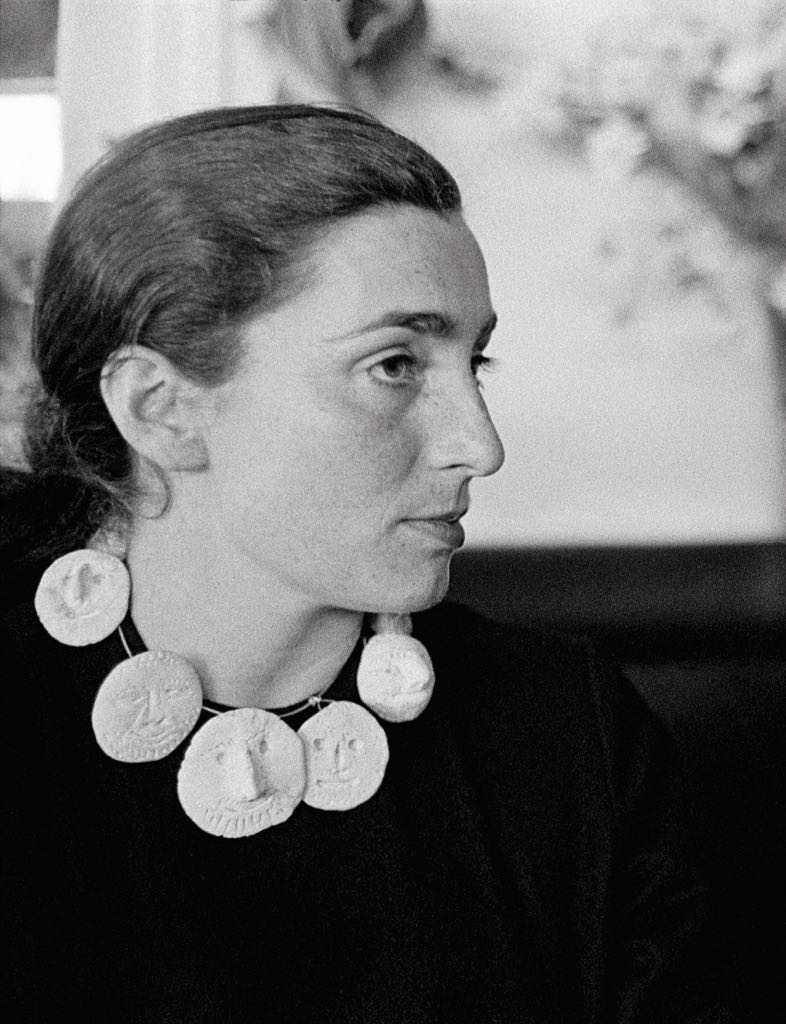 Jacqueline Roque wearing a ceramic necklace created for her by Picasso. From ‘Art as Jewellery: From Calder to Kapoor’ Courtesy of Harry Ransom Center at the University of Texas at Austin, Photograph by David Douglas Duncan, 1957, © Succession Picasso/DACS, London 2017

Man Ray made some interesting jewels. The contemporary artist Claude Lalanne has done some nice florals. Jesús Rafael Soto’s kinetic art translates into cool earrings and rings. There are others I could name who have done good work. There are also a lot of artists’ jewels that, while they may be fun, they do feel somewhat commercial. Damien Hirst’s pharmaceutical pill charm bracelet is one example. While Kenny Sharf’s heart lockets and Keith Haring’s golden baby brooches are both darling, they are far from art with a capital A. 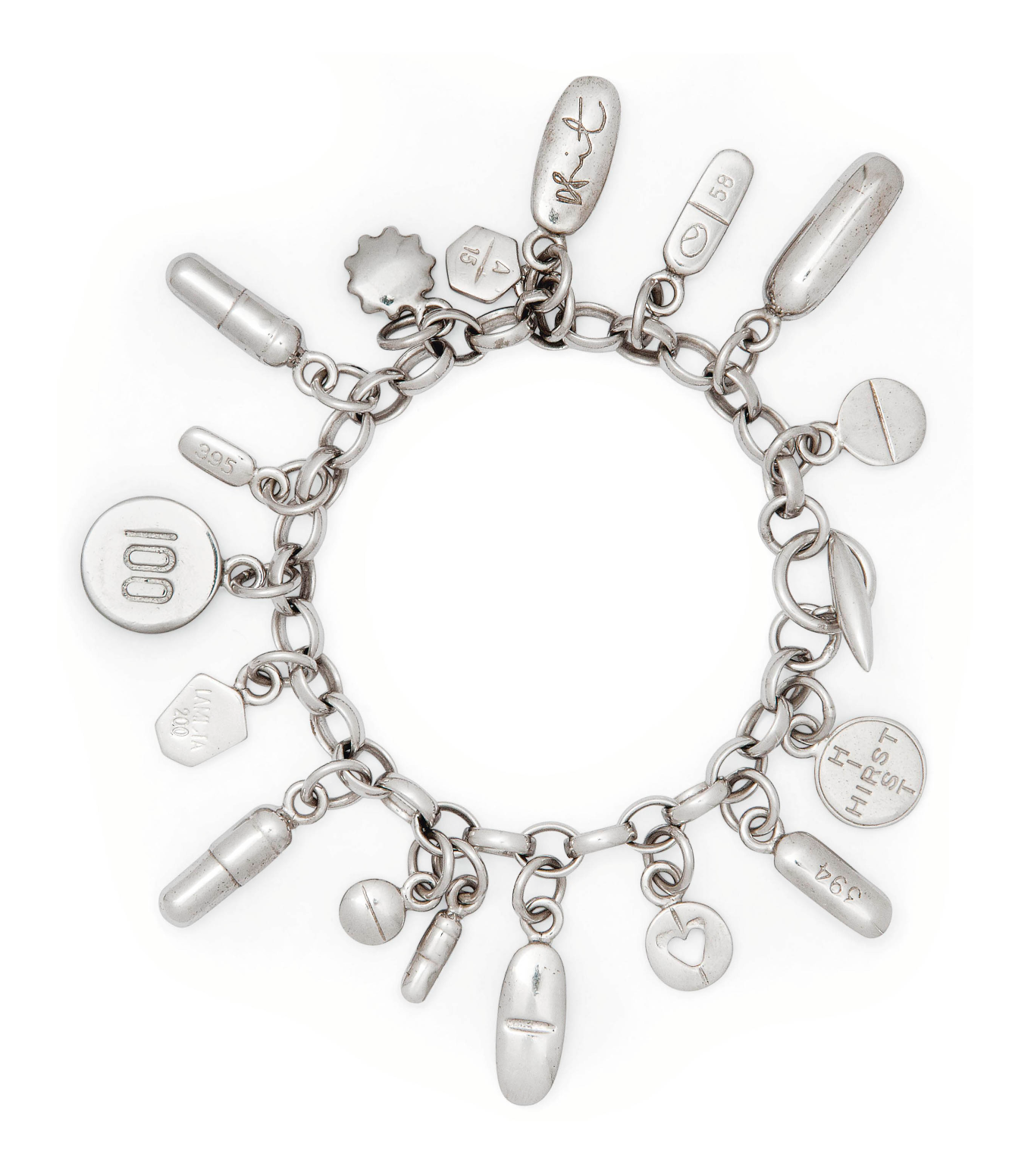 There is so much that is enjoyable in jewelry by artists, I would not normally be compelled to point out the lesser examples. Excluding Calder and Dali, I have always thought of jewelry by artists as intriguing novelty items. When the jewels are not personal, they generally feel like something made for super fans. In the coverage I am reading, however, it seems like advocates of the genre have a notion that it is better, specifically more creative, than jewelry made by jewelry designers.

“I don’t wear jewelry. I wear art,” Diane Venet told The New York Times (December 1, 2017) when she was referring to the necklaces, bracelets, earrings and rings in her collection. The journalist who wrote the story, Laura Rysman, went on to add “Whether made in brass or the precious gold and platinum of traditional jewelry, such pieces defy the form’s established rules of beauty, deriving their worth not from costly materials but from the cultural value of the concept and reputation of its creator, like art itself.” 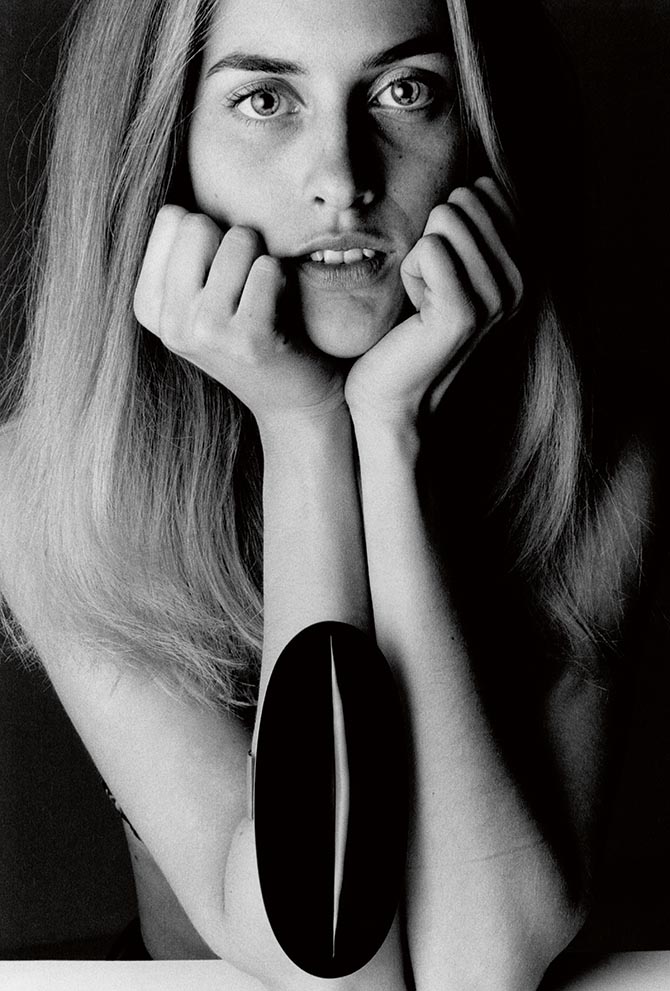 Louisa Guinness writes in her book that the artist jewelers “first goal is not necessarily to enhance the beauty of a gemstone or the wearer. They, therefore, have freer rein and can challenge the boundaries of design in a way a more commercial designer often cannot.”

Fine jewelry historian, Vivienne Becker, echoed the sentiments in the essay she contributed to Guinness’ Art as Jewellery. She said, “Jewellery by artists, as this book shows so well, tends to be free of the jewel’s emotional baggage; it is art for art’s sake, a miniature wearable artwork or sculpture in its own right that is part of an artist’s wider body of work.” 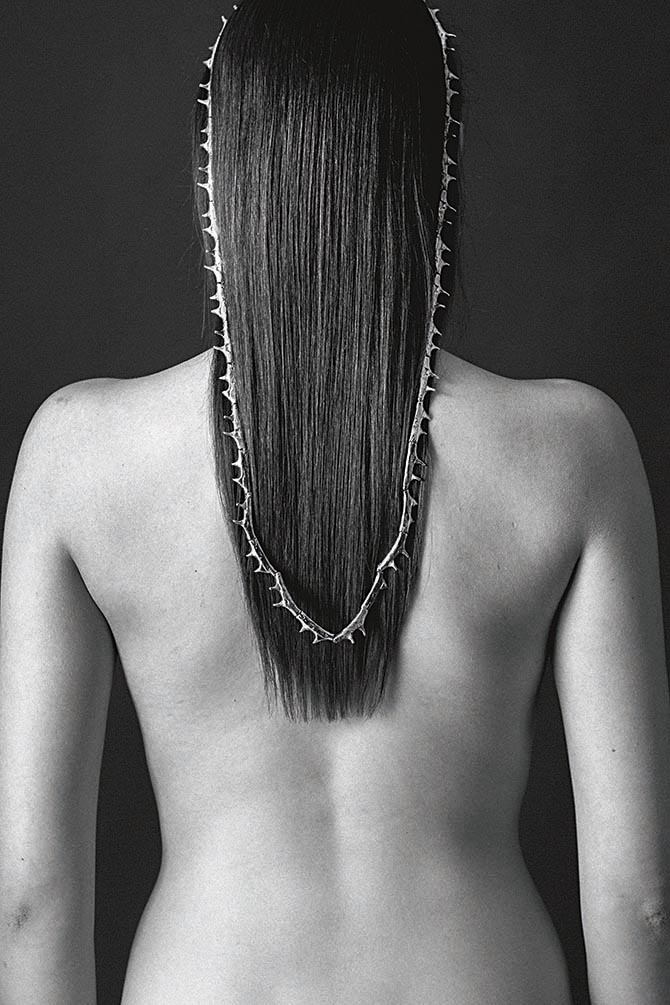 I am not totally clear why these experts are bringing up the concept of traditional jewelry compared to the genre they enjoy. It’s the proverbial apples and oranges on so many levels. If the desire is to be competitive about creativity, why not compare the styles to innovative costume jewelry or the mid-century modernist work by masters like Art Smith as well as fine jewelry?  It just seems odd they are trying to take down fine jewelry as a way of illustrating jewelry by artists as a higher form. Simply put, it’s not. It’s a different area of jewelry that shouldn’t be looked at in the same way.

What’s worse about these statements is that they are archaic generalization. It feels like a mid-century mindset when, perhaps, there were more rules in fine jewelry. Of course today, you can find commercial fine jewelry, but there is also lots of imaginative work being made at every level, from High Jewelry to emerging design talent. In the context of art, one piece released just weeks ago leaps to mind: Nadine Ghosn’s Bling Mac, a stack of gold and gem-set rings that form the two all beef patties, Special Sauce, lettuce, cheese and pickle on a sesame seed bun. It is a precious piece of Pop Art, a design jewelry collector Andy Warhol would have loved. No question, Robert Rauschenberg would have appreciated the gemstones. 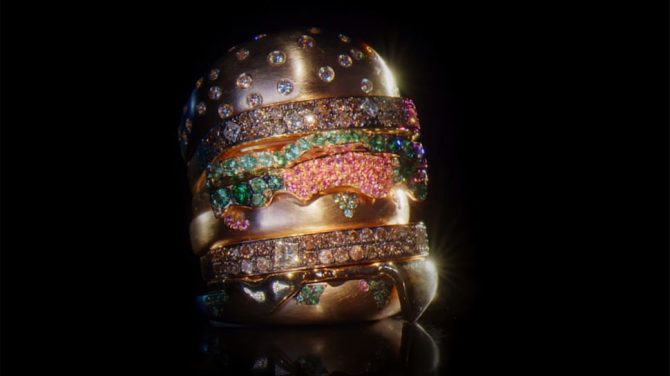