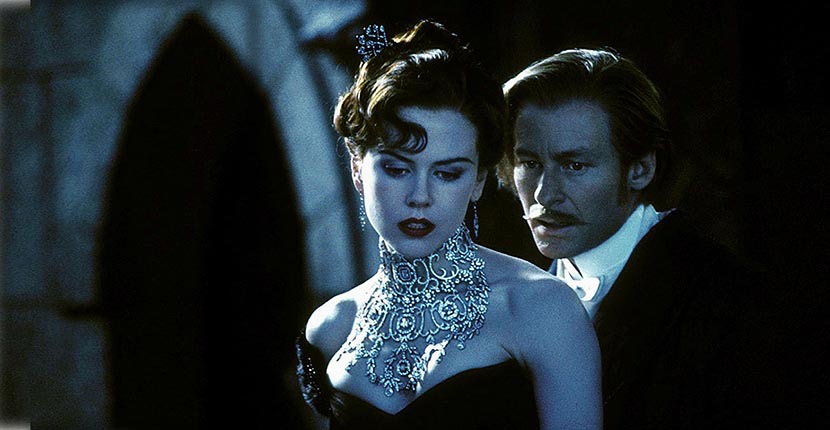 Nicole Kidman wearing the Satine diamond necklace by Canturi in a scene in 'Moulin Rouge!' with Richard Roxburgh. Photo Alamy

About That Diamond Necklace in Moulin Rouge

In honor of the new Broadway show, we take a look at the jewel in the movie

Spectacular, spectacular news, Baz Luhrmann’s Moulin Rouge! is opening June 28 on Broadway. To quote the “Spectacular” song, otherwise known as “The Pitch,” “So exciting, the audience will stomp and cheer! So delighting, it will run for 50 years!”

If you hadn’t guessed, I am totally obsessed with the 2001 film. Growing up, it was the only movie I owned and on my first visit to Paris as a teen, visiting the real Moulin Rouge was tops on my itinerary. My review of the famous dance hall was not as glowing as my feelings about the film. It just didn’t live up to the Baz Lurhmann level of sparkle, but I digress.

We are here for the diamonds in Moulin Rouge! The big jewel in the film is like no other. The now-famous Satine necklace is practically a co-star alongside Nicole Kidman and Ewan McGregor. It represents, well, actually doom and possession for the actress, but it is also seriously eye-catching. It is a metaphor for Kidman’s character Satine who was nicknamed the “Sparkling Diamond.” It doesn’t appear until near the end and is sort of a bookend to the star’s rousing first number, the amazing remix of “Diamonds Are A Girl’s Best Friend.” 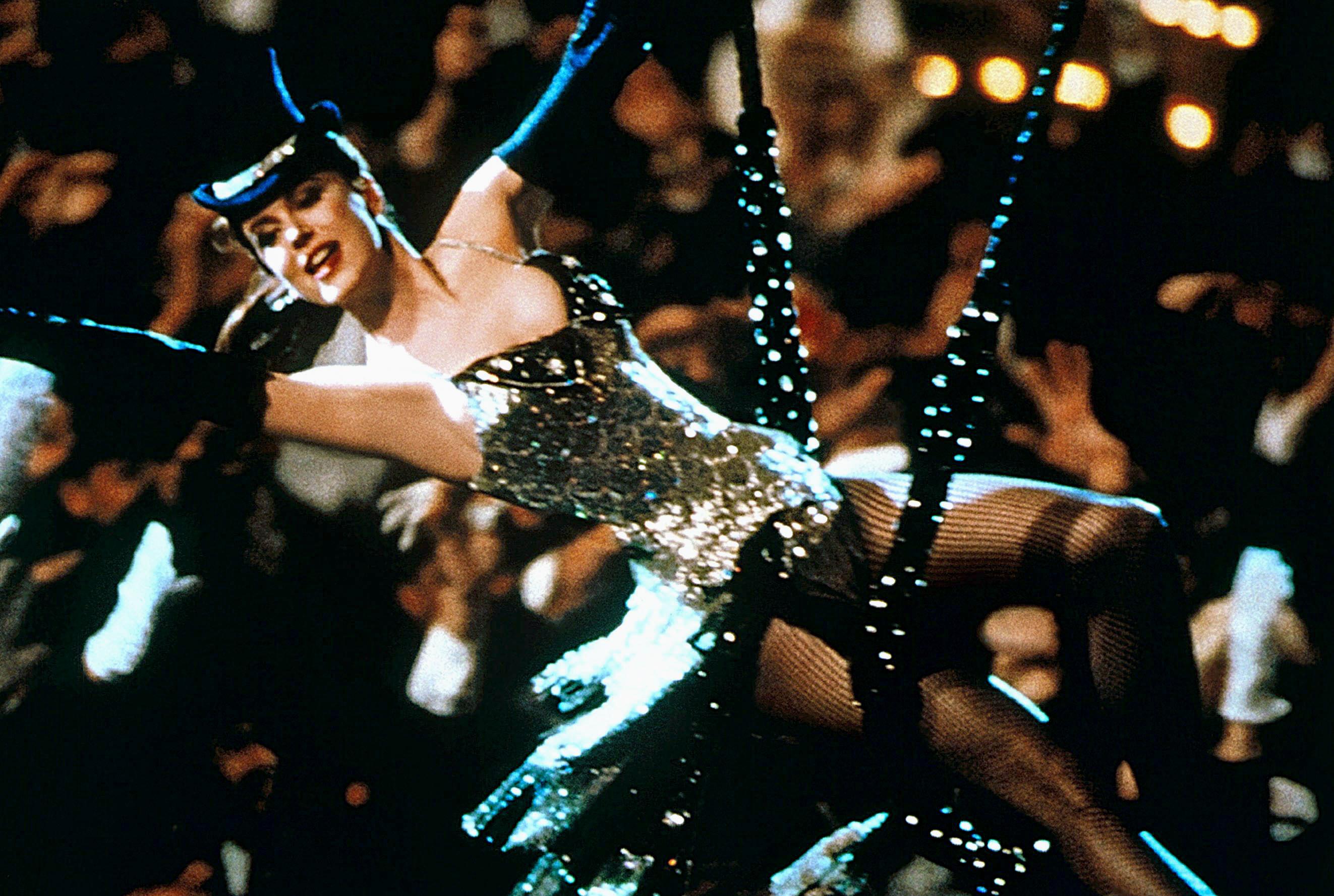 Patricia Canturi, Brand Director of the label, shared that Stefano Canturi spent weeks researching the period. “He worked to capture the opulence and eclecticism of extravagant jewelry in the late 1800s, a time when fine jewelry was designed, crafted and worn with passion,” explained Patricia. “He took inspiration from the Louis XVI style, openwork lace pattern, scrolls and splendorous bodice jewelry. The decadent necklace was meant to accentuate Kidman’s beautiful neckline and décolletage, and especially stands out amongst a sea of theatrical costume pieces worn by cancan dancers throughout the film.” 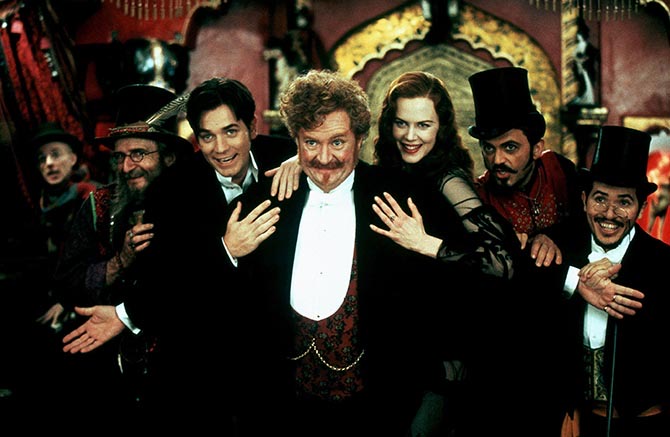 The actual making of the jewel was a couture process. Kidman’s neck and décolletage were measured to create a wire model. Three months of regular fittings followed. It was hand crafted in 18K white gold using traditional techniques and set with a total of 134 carats of diamonds. The largest were a 5-carat emerald cut diamond. A 2.5-carat cabochon-cut Sri Lankan blue sapphire accented the clasp. In total, the necklace weighed 426 grams with a total 1,308 diamonds.

Because of the value of the jewel, a “stunt double,” of silver and crystals with a magnetic clasp was made for an intense scene when the necklace is ripped off of Nicole’s neck. The costume piece has been featured in exhibitions across the world celebrating the movie. 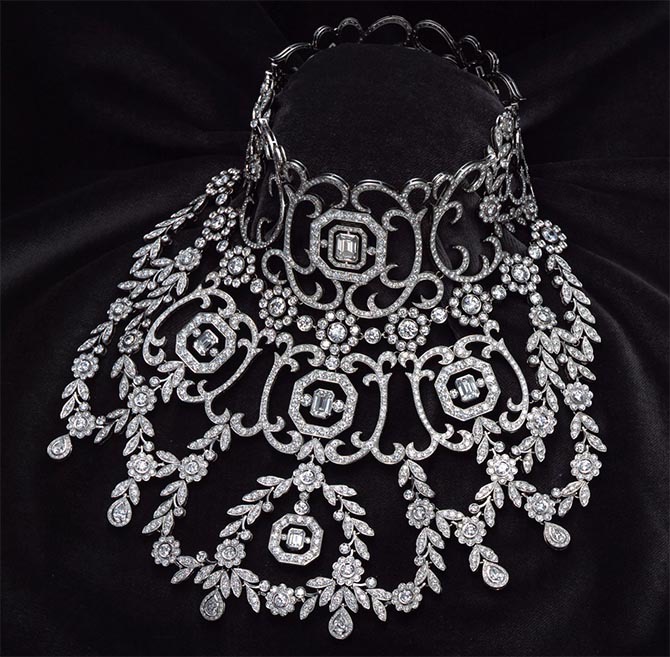 The Satine Necklace by Canturi worn by Nicole Kidman in ‘Moulin Rouge!’ Photo via

“The necklace was named ‘Satine’ after Kidman’s gentle, romantic character for whom it was designed,” explained Patricia. “It became known on set as ‘she’ because Nicole would ask on set is ‘she’ here?” Kidman, who won a Golden Globe for her role in this film, was applauded for both her joyous and playful, yet painfully tragic performance. Moulin Rouge won an Academy Award for Best Costume Design and the necklace itself shared some time in the global spotlight. After the film, it went to press conferences, appearances and other media commitments. 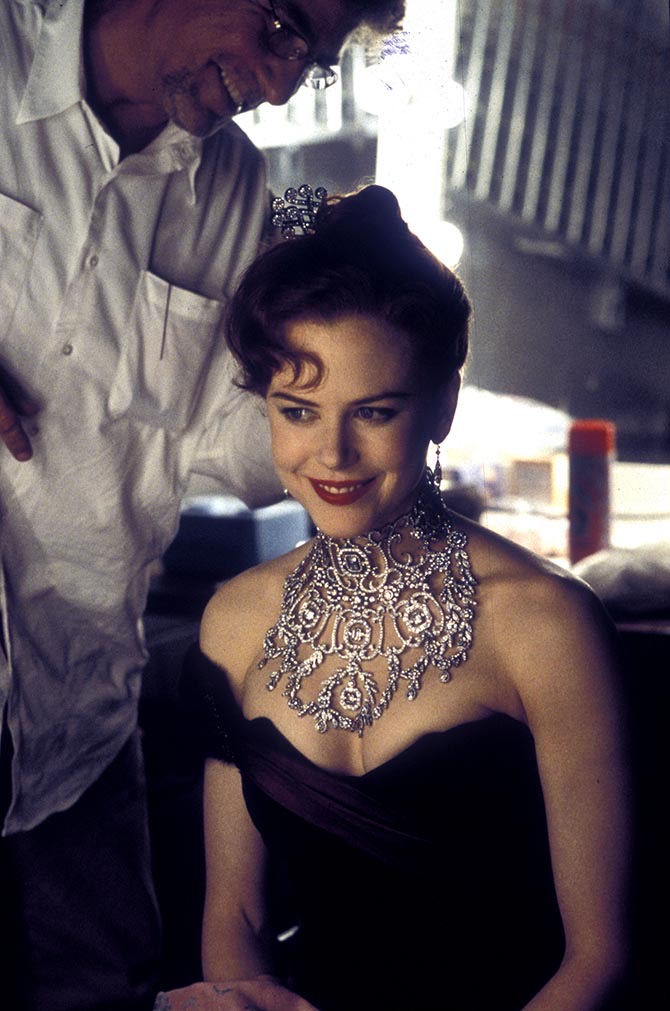