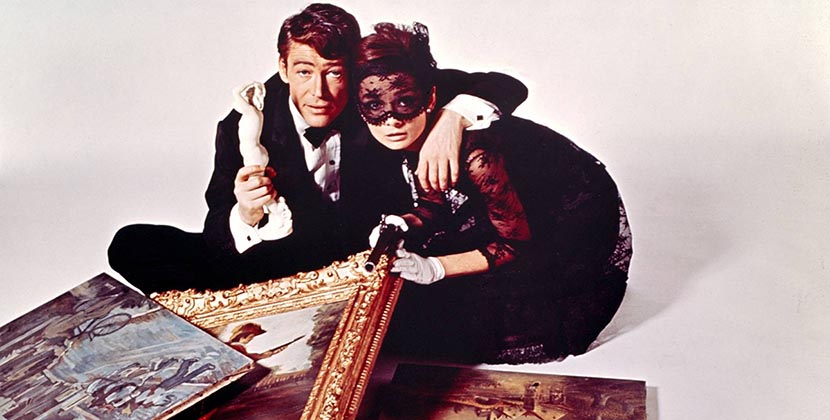 Audrey Hepburn’s Jewels in How to Steal a Million

On the Couture calendar, the house of Givenchy showed here in Paris last night and today Cartier will unveil its new High Jewelry. The combination of creatives in the City of Lights made me think of the classic film How to Steal a Million. In the 1966 comedy-caper, Audrey Hepburn wears Givenchy and some eye-popping diamonds from Cartier.

Audrey Hepburn driving through Paris wearing Givenchy in ‘How to Steal a Million.’ Photo

Filmed in Paris, Audrey is Nicole the daughter of a very successful art forger who keeps churning out paintings from Impressionist masters that sell for big bucks at auction. The trouble starts when he donates a fake Cellini Venus sculpture to a museum and then finds out an expert is going to check the authenticity of the piece. 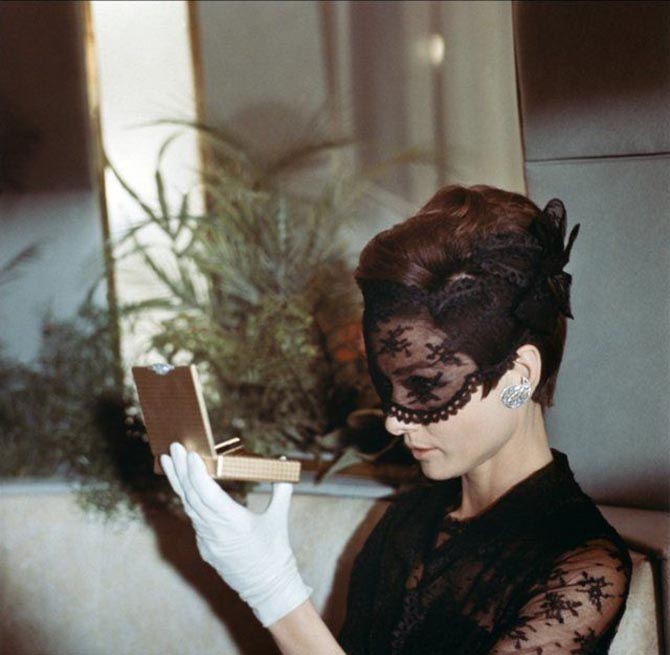 Behind the scenes shot of Audrey Hepburn in ‘How to Steal a Million’ wearing a Givenchy ensemble with Cartier diamond earrings. She is checking her makeup in a Cartier vanity. Photo via Pinterest

At this point Nicole realizes she needs to steal the million dollar sculpture so her father’s secret life isn’t revealed. She decides to engage a “society burglar” named Simon Dermott played by the delightful Peter O’Toole . When she tells him about the score at The Ritz she dresses the part of a chic thief in the most iconic ensemble from the film, a lace mask and matching dress from Givenchy. What is less well known about the look is that her elaborate diamond earrings that swoosh around the lobes are by Cartier. She also has a gold Cartier and diamond vanity that can be seen on the table. 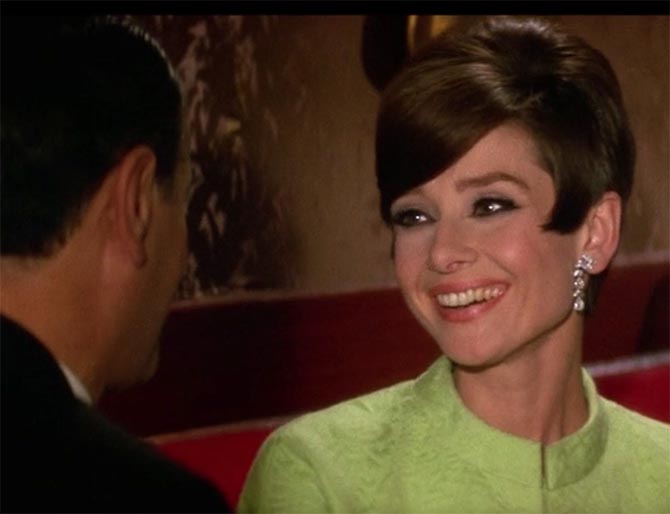 Audrey Hepburn in a Givenchy dress and Cartier diamond earrings in ‘How to Steal a Million.’ Photo

In the midst of the twosome plotting the heist, Hepburn meets David Leland an art collector charmingly portrayed by Eli Wallach. She agrees to have dinner with him only because she is afraid he might be trying to get the real background on her father’s fake business. In the course of just one meal—when she wears a pair of Cartier diamond pendant earrings with a chartreuse Givenchy sheath dress—he falls immediately in love. 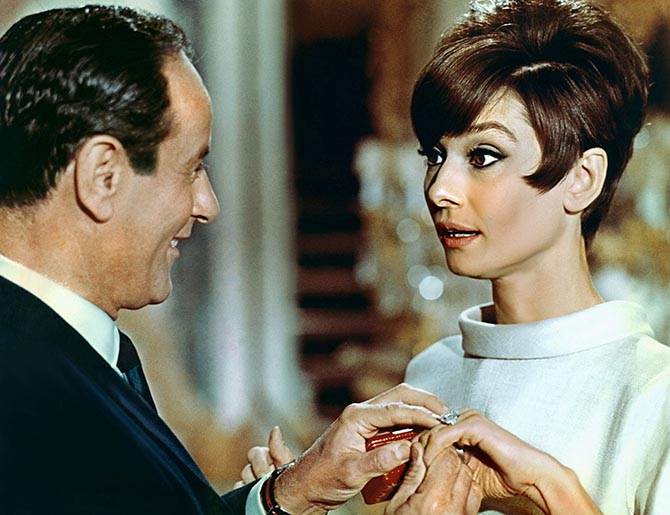 Eli Wallach proposing to Audrey Hepburn in ‘How to Steal a Million’ with a Cartier ring. Photo Alamy

The very next time he sees her, he asks her to marry him in one of the most hilarious proposal scenes ever filmed. In the midst of the marriage offer David tosses a red Cartier box to Nicole. It contains a huge emerald cut Cartier diamond engagement ring. The jewel is absolutely real and sparkles on screen as real diamonds do. When Hepburn puts it on she says, “I am a little dizzy and this thing is blinding me.” The Cartier tank watch, Hepburn wears in the same scene gets a close up when she realizes she is late to meet up with Simon and commit the “crime of the century.”

Closeup of Audrey Hepburn’s Cartier engagement ring in ‘How to Steal a Million.’ Photo via

The film is a must see for any fan of Audrey Hepburn, not to mention Cartier and Givenchy. It was filmed five years after Breakfast at Tiffany’s and while there are lots of similarities between the movies, one being that it is equally delightful, it is interesting to note how Hepburn and Givenchy change their mode for her Paris looks. The actress and fashion designer famous collaboration is even joked about in the film when Peter O’Toole tells her she has to wear a maid’s uniform in the museum and can “give Givenchy a night off.” As for the jewelry, there may be only a few key pieces in the film but they are substantial and sparkle as brightly as the City of Lights itself.