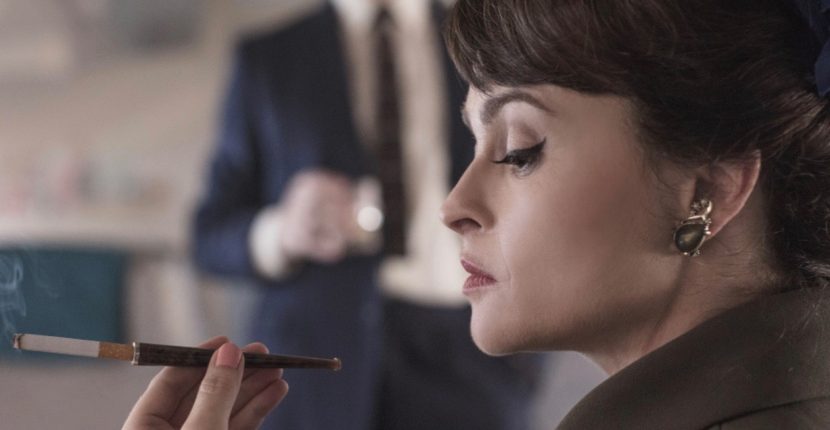 Bonham Carter Wears Her Own Jewels in The Crown

In the run-up to the release of Season Three of The Crown on Netflix, Helena Bonham Carter who plays Princess Margaret gave several interviews where she revealed how much research she put into the role. All her work is present on screen in her wonderful, layered performance as the Queen’s sister. In Aberfan, Episode 3, Bonham Carter added additional sparkle to the drama with earrings from her personal collection by Larkspur & Hawk.

Emily Satloff, the American designer of Larkspur & Hawk, shared the backstory of the moment on Instagram “Margaret had striking blue eyes and Helena wanted to nod to them in some way as she began her journey with the character. She thought about wearing colored lenses but ultimately decided to wear our Caterina Cascade earrings to have blue on and around her. These were from Helena’s personal collection (she bought them at Liberty of London years ago) and she brought them to set.” 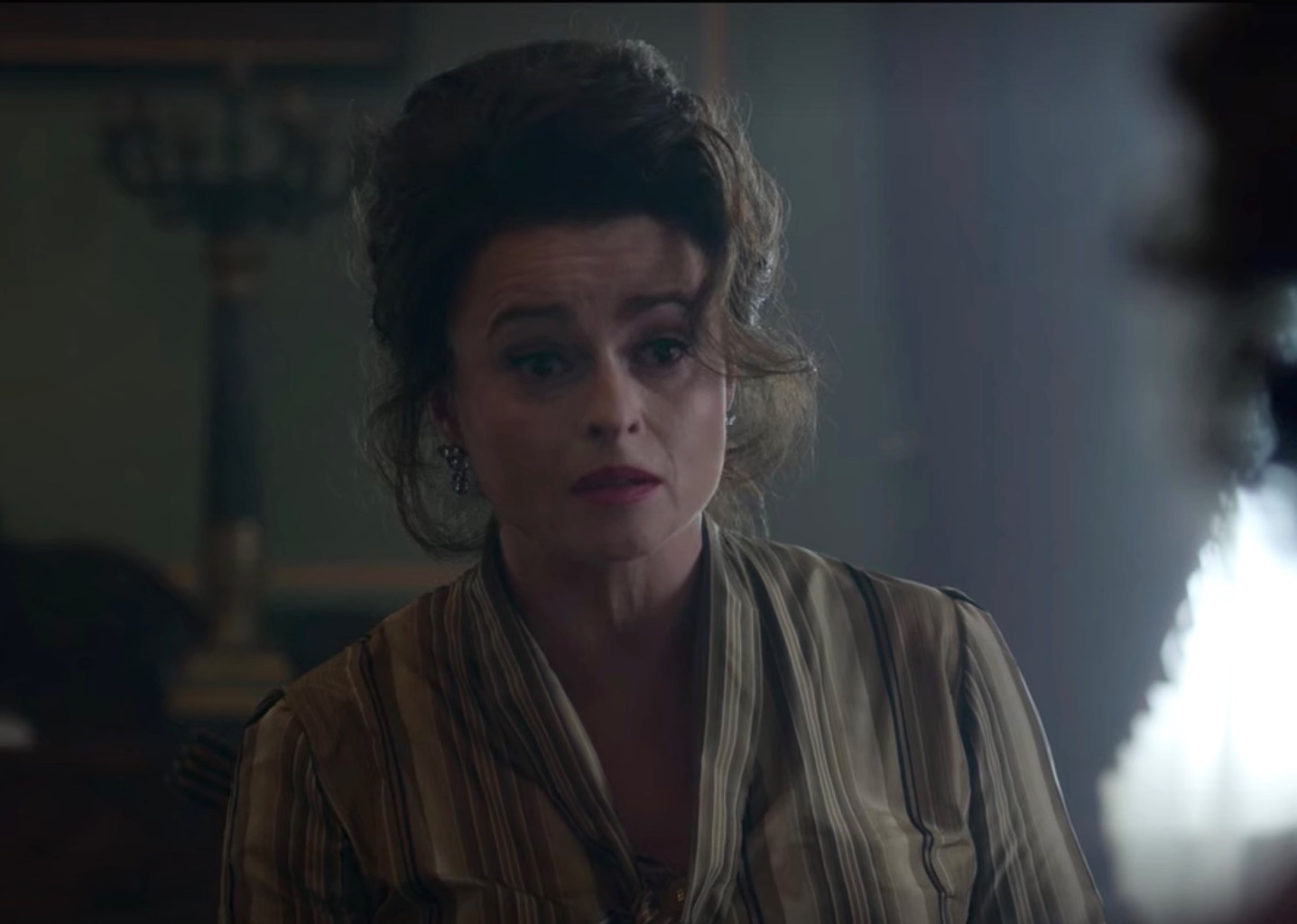 Bonham Carter’s choice to wear her own earrings in the Aberfan episode demonstrates the importance of the scene that wasn’t about glamour, but an incredibly emotional moment. The actress is one of many throughout history of cinema who have decided to wear their own jewels in a production. Marlene Dietrich used her jewels perhaps more than any other actress. The choices prove jewelry is a signifier that can communicate almost as much as dialogue. 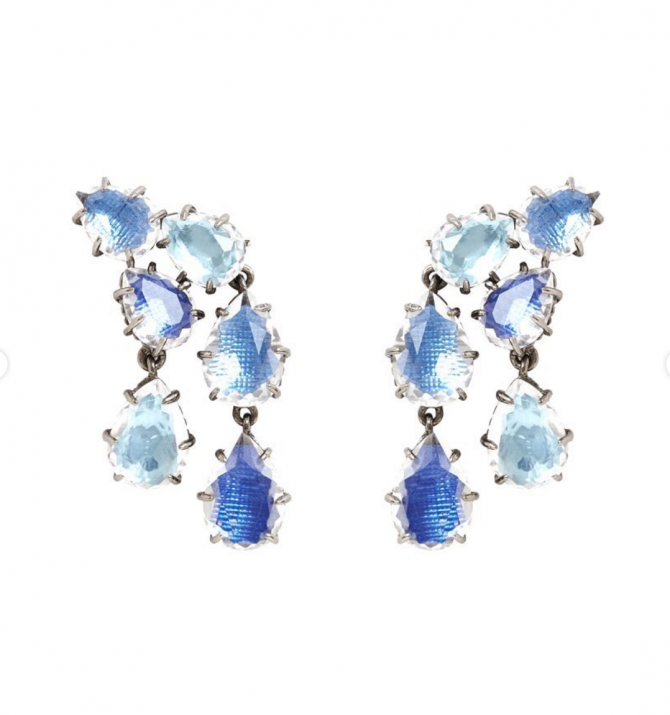 The style of Caterina Cascade earrings by Larkspur & Hawk that Helena Bonham Carter wore in The Crown. Photo courtesy

While jewels by Larkspur & Hawk are a nod to vintage English styles, that fit in perfectly with the mid-20th century costumes on The Crown, they have also been chosen by several iconoclastic celebrities. Rihanna wore earrings from the collection on the cover of her recent book published by Phaidon. Zoë Kravitz also has a pair of Larkspur & Hawk earrings in her personal jewelry collection. Sarah Jessica Parker has been wearing the jewels for years.