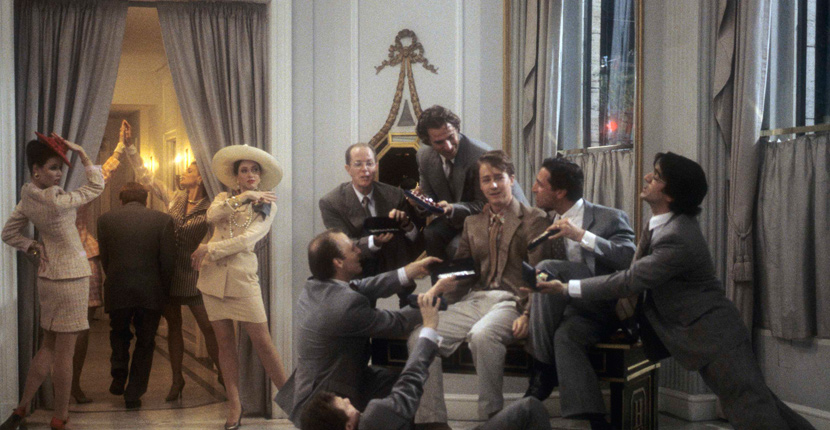 It happened in Everyone Says I Love You

When Woody Allen writes jewelry into the plot of his movies it’s almost always for comedic effect. Slapstick hilarity ensues as Owen Wilson tries to take his fiancée’s earrings and give them to another girl in Midnight in Paris (2011). There is a priceless scene in Bullets Over Broadway (1994) when real life jewelry connoisseur Jennifer Tilly, playing a showgirl who doesn’t know gems, shoots down her mob boss boyfriend. After he presents her with a strand of black pearls she says, “They probably came from defective oysters.” To which he replies, “The pearls ain’t sick.”

The 1996 musical Everyone Says I Love You has the most charming jewelry scene in a Woody Allen movie. Edward Norton breaks out into the song “My Baby Just Cares for Me” and dances with the salesmen and clients at the Harry Winston boutique located at 718 Fifth Avenue in New York City. The location opened by the King of Diamonds in 1960 has not changed significantly over time. There is a silver screen style glamour to the décor that doesn’t appear to have been altered much if at all for the film, giving viewers a nice long look at the exclusive boutique as well as the joy of the performance. Watch it here.