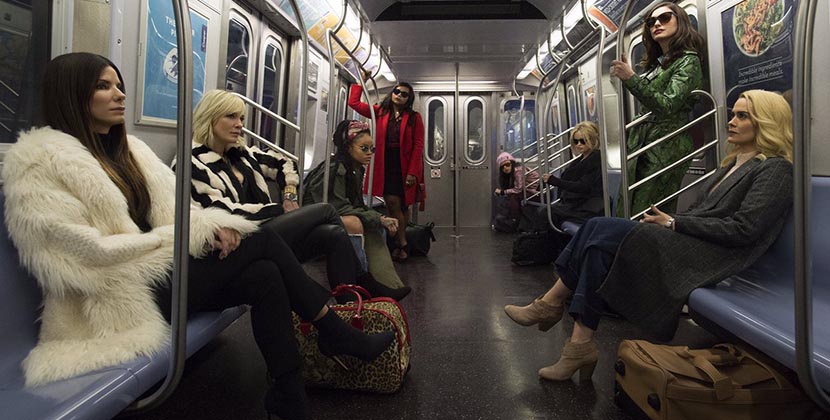 This could be the greatest jewelry movie ever!

The second trailer about Ocean’s 8 may not give us too much more information about the plot involving a jewelry heist at the MET Gala by a band of female thieves, but it’s a helluva of a lot of fun to watch. Review the first trailer released in December here. It reveals Sandra Bullock is Debbie Ocean and her cool crew includes Cate Blanchett, Rihanna, Mindy Kaling, Awkwafina, Helena Bonham Carter, Anne Hathaway and Sarah Paulson.

The movie hits theaters June 8. Between now and then I am gathering intel on what jewels are being worn by who. Cartier is all over the place. And Cate Blanchett is sporting a cool necklace from Sevan Bıçaçkı. The list of jewelry credits on this one is going to be long. Really long.

Ocean’s 8 Is All About Jewelry

The Tiffany Jewelry Audrey Hepburn Wore in ‘Breakfast at Tiffany’s’