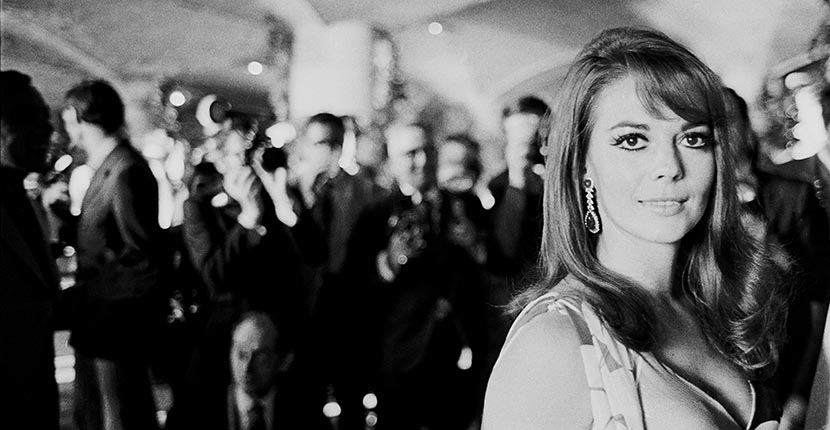 Natalie Wood’s real-life style in 1969 reflected the chic looks in ‘Bob and Carol and Ted and Alice.’ She wore dazzling earrings with a boldly printed dress to an event New York the year the movie was released. Photo Getty

Generally, when I write about jewelry in the movies, it’s focused on the designs and symbolism on screen. Well, this story is a little different. It involves a new pair of stunning diamond earrings inspired by jewels in the 1969 film Bob and Carol and Ted and Alice.

The dramady, that was nominated for four Academy Awards and starred Natalie Wood, Robert Culp, Dyan Cannon and Elliot Gould, has been largely overlooked in this season of 50th anniversary celebrations of that fateful year of events that included landing on the moon, Woodstock and the movie Easy Rider. One couple, however, who did notice and watch the iconic film recently was totally entertained by the period piece. And they had a keen eye for the stylish ensembles in the production. A detail that particularly struck them was the earrings Natalie Wood wore in the final scene in Las Vegas. 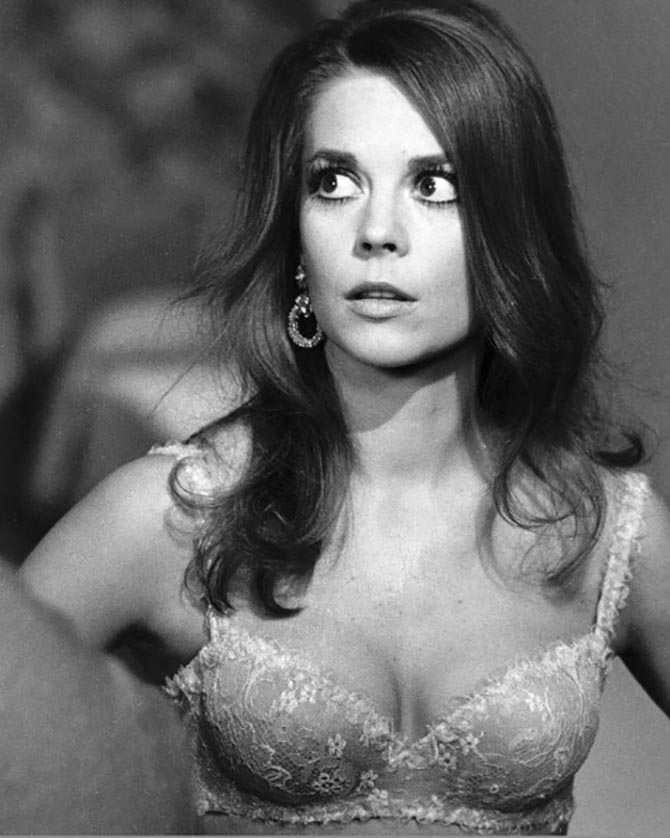 Natalie Wood in the 1969 film ‘Bob and Carol and Ted and Alice’ wearing the earrings that inspired a couple to commission new jewels. Photo Getty

The jewel didn’t get a credit in the movie, so they couldn’t track down the exact jewelry style or designer. Instead, the intrepid husband decided to contact his favorite local jeweler D.C. Johnson Ltd. in Columbus, Ohio and see what they could do.

“I was familiar with Natalie Wood, but not this movie or the earrings she wore in it,” explains the owner of the stylish boutique, David Johnson. “There are so many iconic pieces of jewelry that are easy to find images of with a simple Google search. It was pretty difficult to find anything about these particular earrings. All we had to go on was watching the movie to see how they moved and screenshots we were able to take to get a closer look at the size of them.” 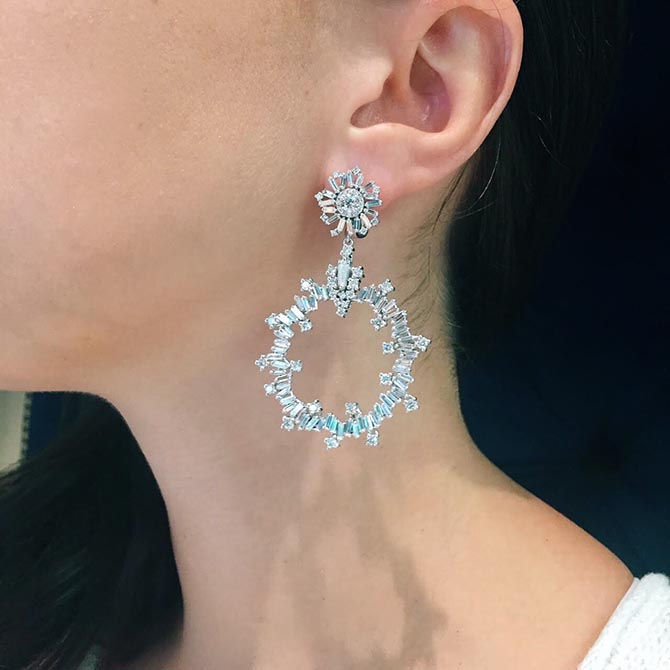 One-of-a-kind diamond earrings designed by Suzanne Kalan and inspired by the jewels Natalie Wood wore in the 1969 film ‘Bob and Carol and Ted and Alice.’ Photo courtesy

After considering bespoke ways to create the jewels David thought Suzanne Kalan, one of the talented designers he carries in the boutique, might be able to make a great interpretation of earrings. “Suzanne was just as excited about the project as I was and designed the most fantastic pair of diamond door knockers!” says David.

The stunning jewels shine brightly with 142-diamond baguettes weighing a total of 7.5-carats. There are also 98-round diamonds They are set in 18K white gold. And dare I say, the new earrings best the jewels worn by Natalie Wood in the movie.

The final scene of the 1969 film ‘Bob and Carol and Ted and Alice’ shows Natalie Wood wearing the earrings that inspired the new Suzanne Kalan jewels.

The Jewelry in…Once Upon A Time in Hollywood

Jackie Kennedy’s Earrings Celebrated The 1969 Landing on the Moon