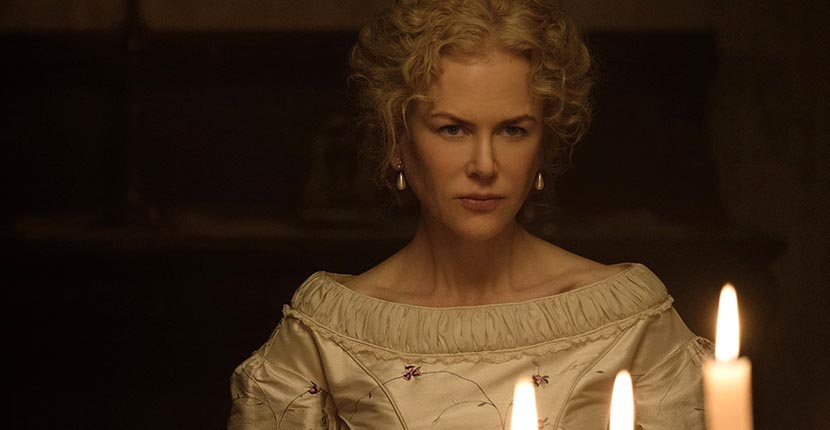 The dark fairy tale has antique pieces and custom creations from 10,000 Things

Director Sofia Coppola’s new film The Beguiled may not be as lavishly costumed as her last divine period drama Marie Antionette (2006) but the Civil War style gowns and jewelry are gorgeous.

Set at the Farnsworth girls’ school in the South during the Civil War, the largely female cast led by Nicole Kidman, Kirsten Dunst and Elle Fanning wear beautiful cotton workaday dresses in the beginning of the film.  The only sign of a jewel is a vintage brooch Kidman has pinned at her neckline.  When a wounded Union solider (Colin Farrell) lands at the school, the women’s attire is subtly upgraded and the better jewelry comes out along with a little competitive snark as they vie for his attention. 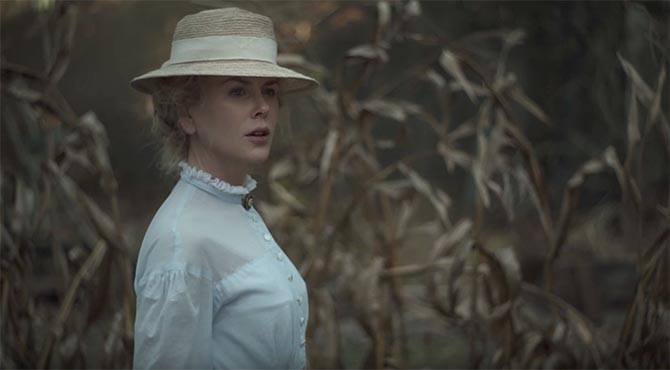 One of the girls cattily notes how she hasn’t seen the brooch Dunst puts on since Christmas.  Another one of the girls swipes a pair of Dunst’s earrings to wear as she tends to the solider.  It’s sexual politics with a Southern spin.

Costume designer Stacey Battat studied period clothing at the Metropolitan Museum of Art in order to create her designs for the movie.  While most of the looks were accurate to the period she also worked in palettes that weren’t always historically pure in order to generate certain visuals expressing the mood or intent of the characters.  For example, she used pastels that would not have been around at the time to express femininity—or feminine wiles—in one scene.

For the jewelry, she sourced vintage pieces that were in the spirit of the era.  In addition to the brooch Kidman has 0n in the first scene, she also wears pearl drop earrings and a delicate bracelet.  Dunst has the brooch, long delicate diamond and pearl earrings and some bracelets.  A suite of onyx jewels was chosen to coordinate with a white and black silk taffeta gown. 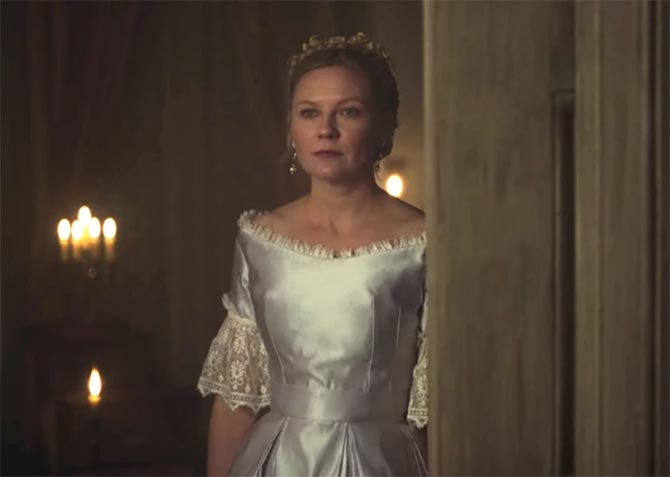 For other delicate jewels in the film, Stacey worked with jewelry designer David Rees of 10,000 Things on custom made pieces.  “Stacey is a dear friend and it’s fun to work with her on films,” explains David.  “We made several pieces for her for Still Alice and a few pearl and onyx jewels for The Beguiled.  Some things, of course, land on the cutting room floor, but it’s fun to be part of the creative process.” 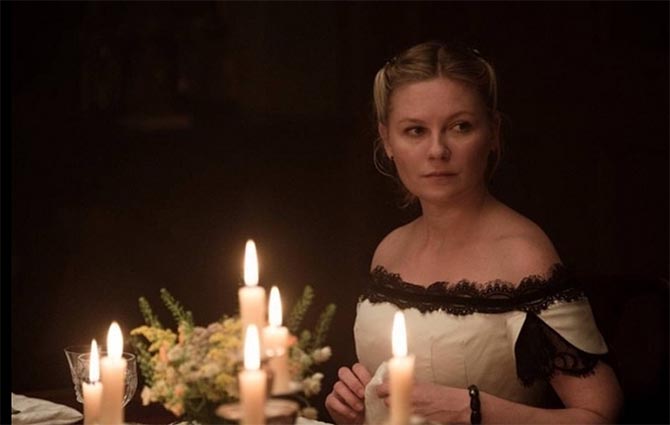 The costume designer and director’s eye for detail comes shining through.  The Beguiled is a thriller that has the visual dreaminess of a dark fairy tale.   Coppola won the Best Director prize at Cannes for the production and made several critics lists as one of the best films of 2017 so far.  Here is hoping the momentum swings all the way into Awards Season. 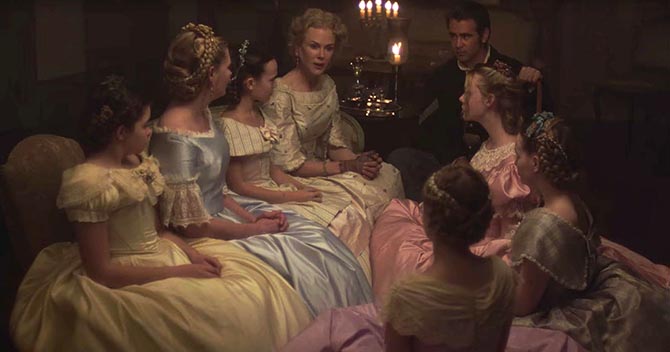 ‘Marie Antoinette’ 10th Anniversary: A Look Back at the Vintage Sparkle

The Art Deco Jewelry in ‘The Great Gatsby’