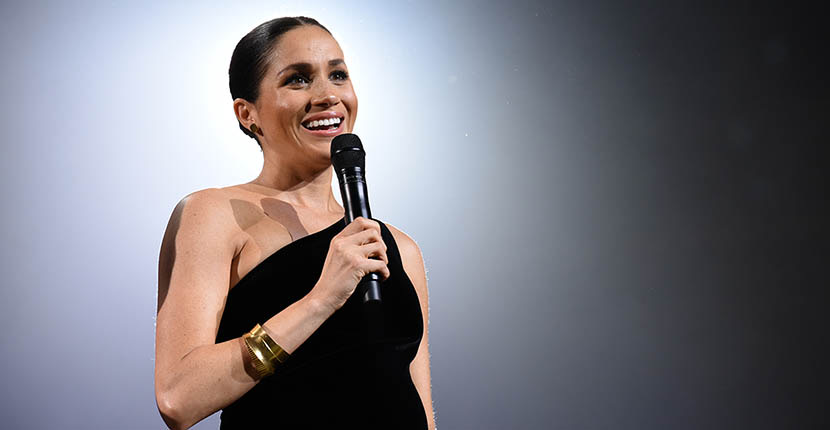 Meghan Markle broke the internet when she made a surprise appearance at the Fashion Awards in London on Monday, December 10, 2018. Pictures of her were immediately published everywhere. Her words honoring Givenchy designer Clare Waight Keller, who was responsible for making her wedding dress and so many other formal ensembles during the course of year, were almost instantaneously heard the world over. Among the moving things the Duchess said was, “When we choose to wear a certain designer, we’re not just a reflection of their creativity and their vision, but we’re also an extension of their values, of something in the fabric, so to speak, that is much more meaningful.”

For the event, Meghan paired bracelets and studs from Pippa Small with her one shoulder Givenchy gown. The jewels were a perfect example of wearing designs with a substantial story. The 18K gold vermeil and silver jewels, that range in price from $60 for the Nosheen Stud Earrings to $430 for the Wajiha Bangle, were handmade in Kabul by the men and women artisans of the Turquoise Mountain Foundation. 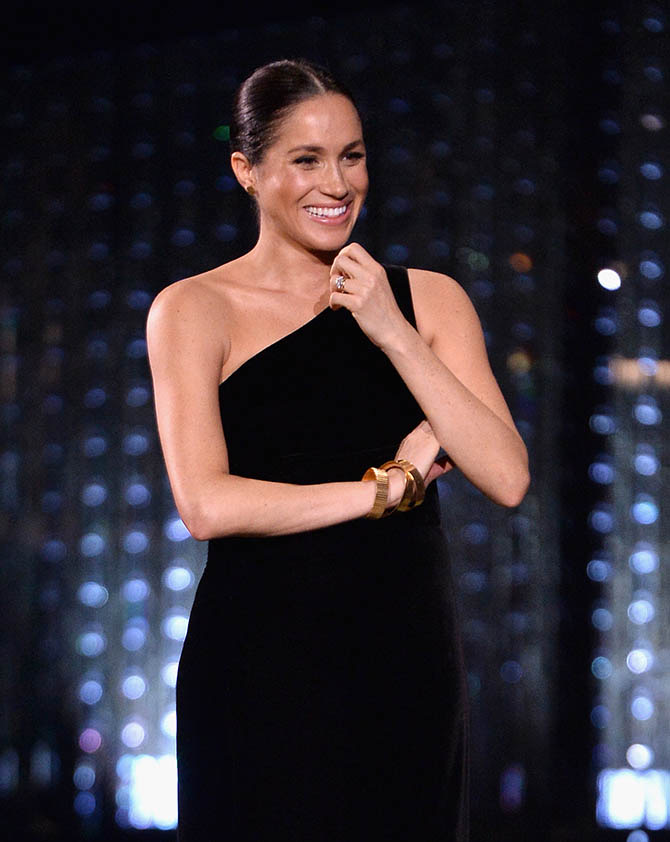 Established in 2006 at the behest of Prince Charles, the group works to preserve and regenerate historic areas and communities with a rich cultural heritage and to revive traditional crafts, to create jobs, skills and a renewed sense of pride. Pippa Small has been involved in a very hands on way with the Turquoise Mountain Foundation for over ten years. She goes to places, including Afghanistan, to personally help train artisans in goldwork.

In 2013, Pippa was awarded an MBE by the Queen for her ethical jewelry and charity endeavors. The lengths the designer has gone to help people in war torn regions as well refugees make it clear she was never doing it for prizes. Pippa Small jewelry reflects the designer’s deeply held beliefs. When Meghan wore the jewels, she expressed her support of Pippa’s work. She also amplified the message of the Turquoise Mountain Foundation and paid tribute to Prince Charles.

How I Knew Meghan Wore Wear Cartier On Her Wedding Day