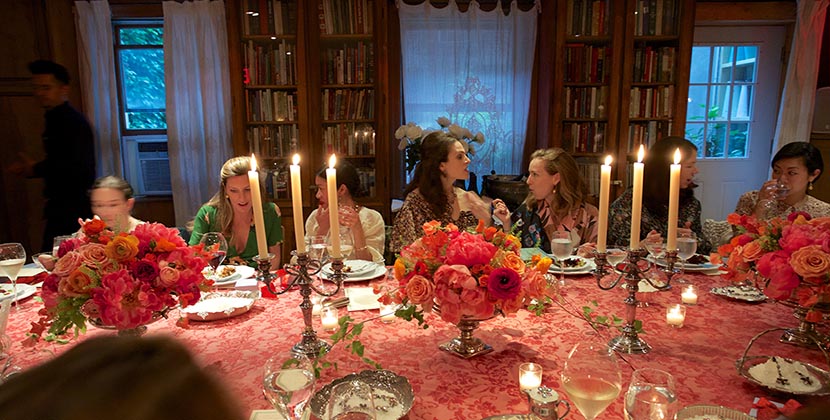 Carriage Covers were introduced at an intimate gathering in Greenwich Village

Sarah Jessica Parker, Zoe Kravitz and Oprah Winfrey have all become fans of Larkspur & Hawk since it was founded 10-years ago. These stylish women didn’t find the jewelry collection because the founder Emily Satloff was following some trend or chasing a millennial consumer. Not at all. Like so many in the last decade, they just fell in love with Larkspur & Hawk’s vintage inspired signature style of foiled jewelry. 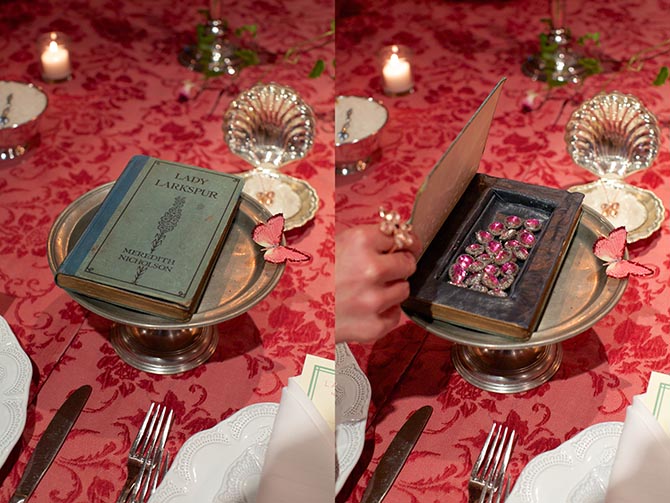 A Larkspur & Hawk signature rivière necklace hidden within a book on the dinner table at the 10th anniversary party at Palma. Photo courtesy

The idea for the collection was originally hatched when Emily, who was working as a decorative arts curator, came across the 18th century technique. The foiling concept of adding a bit of shiny material behind gems was conceived by Georgian jewelers who wanted to make gems glow brighter in candlelight during the period when lapidaries could only bring out so much sparkle in a stone. “We don’t need to do it today, we have great stone-cutting technology and electric lights,” explains Emily. “But there’s a look to foiled jewelry — the play of light and color — that stones alone can’t ever replicate.”

Over time Emily has kept the Larkspur & Hawk collection fresh by working in various color schemes as well as updating the silhouettes. For the 10th anniversary she created Carriage Covers for the jewels, an idea she has had in mind for years. Emily introduced the style during an intimate anniversary dinner at Palma in Greenwich Village for editors, friends and family. When everyone sat down within the private dining room of the carriage house built in 1810, Emily told the story of the style. 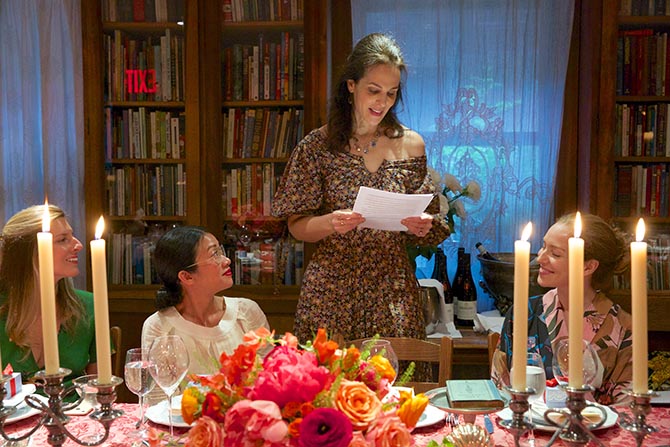 “During the Victorian era, when horse-drawn carriages were the primary mode of transportation, women would hide their gem-studded earrings from potential thieves with detachable, hollow gold orbs known as Carriage Covers,” she explained. “These ingenious decoys were a practical solution—they simply clipped on top of existing earrings while a woman was in transit and were removed upon arrival—that eventually disappeared once automobiles were invented.” 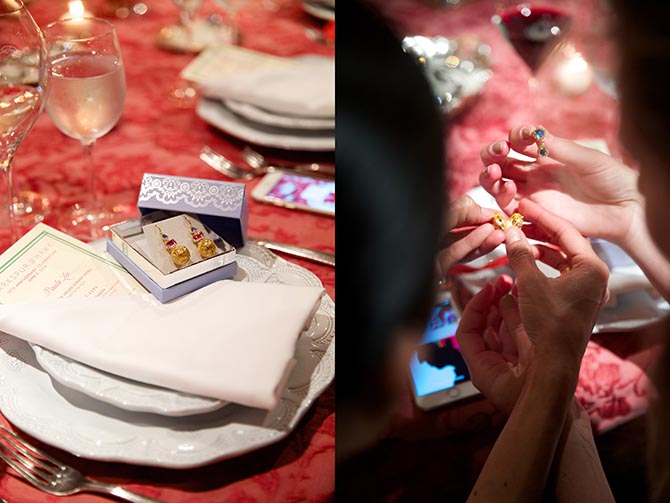 A pair of Larkspur & Hawk earrings with the Carriage Covers on and removed at the 10th anniversary party. Photo courtesy

Emily was not only charmed by the history of Carriage Covers, she also realized they provided a way to transform the look of a jewel. When a Carriage Cover is on, the piece was perfect for day. Take off the little orb and out into the evening party you go. During the dinner everyone in attendance received a unique jewel with a Cover showing the range and diversity of the style.

The look can currently be ordered by sending a message through Larkspur & Hawk’s Instagram. There is also one style on the website. A full collection will be released online in the fall. And I suspect it won’t be long before some high-profile fans turn up in the look.

About That Brooch Angelina Jolie Wore in London

Why Hancocks Is A Must See At Masterpiece London