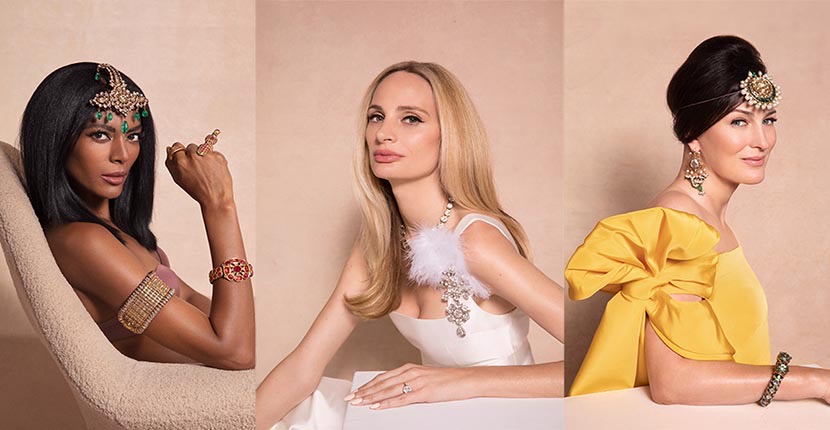 A glam shoot in celebration of Christie’s Maharajas & Mughal Magnificence

At a luncheon last week in New York celebrating the 400 jewels and objects from the Al Thani collection, that are being sold in the Maharajas & Mughal Magnificence auction at Christie’s on June 19, one image from photographer Claiborne Swanson Frank’s shoot of over a dozen woman wearing the jewels was revealed. Well, now the complete portfolio has dropped as the auction house opens the doors to the exhibition of designs that will be on display up until the day of the “sale of the century.”

The conversation at the luncheon not only included chatter about the glorious jewels and their astounding histories, but also the question of how some of the women were chosen for the photo shoot. One person in the know chimed in that they found a lot of the talent via Instagram. So technically you could call these models—many of whom are multi-hyphenate successful professionals—Instagram Influencers. They are also from a certain social set of stylish New York women who wear the jewels with ease because they are accustomed to putting on couture gowns and big-time baubles. Claiborne explained at the luncheon each woman was styled as a reflection of her personality. The looks run the gamut from the diamonds and pearls chosen by Lauren Santo Domingo, Amanda Hearst and Maria Duenas Jacobs to the adventurous turban ornaments strapped on by Maya Samuelsson, Teresa Lourenco and Amanda Alagem among many others.

While I do wish some men had been selected to model the jewels since so many of the designs were originally conceived for men and there is such a great movement in men wearing fine jewelry at the moment, overall it is a wonderful celebration of the collection. It shows how eternal and wearable the designs that have been on display in so many museums truly are. See highlights from Claiborne Swanson Frank’s portfolio of images below and details on the jewels the women are wearing. 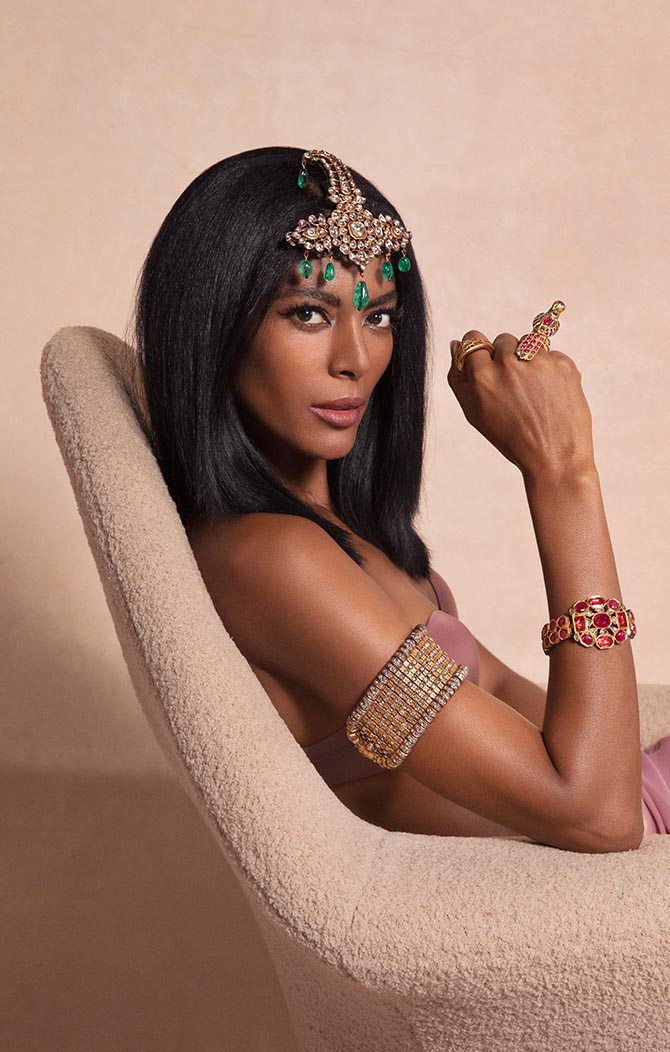 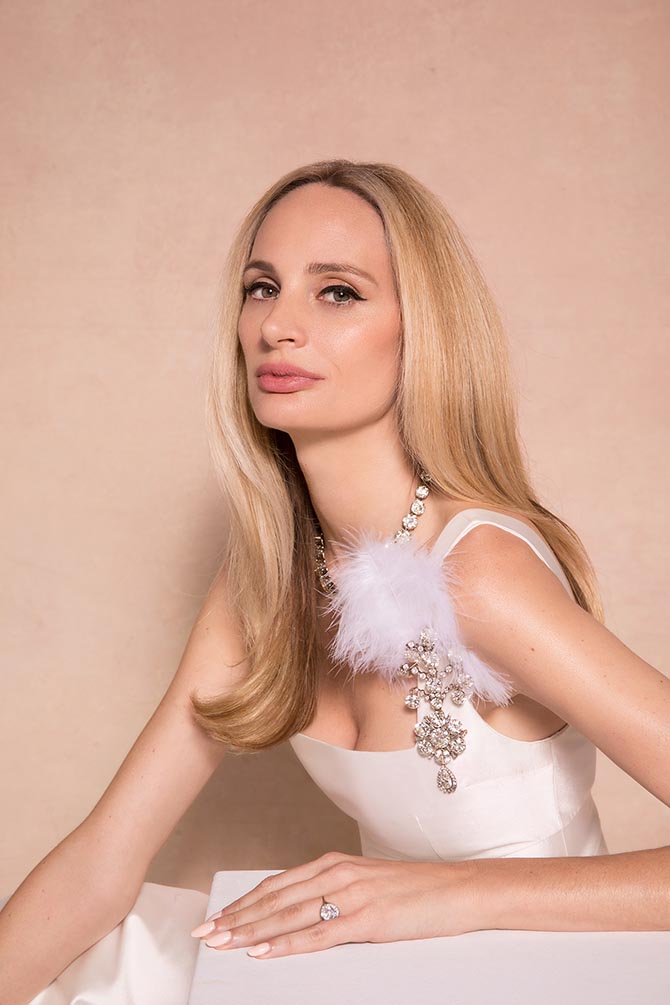 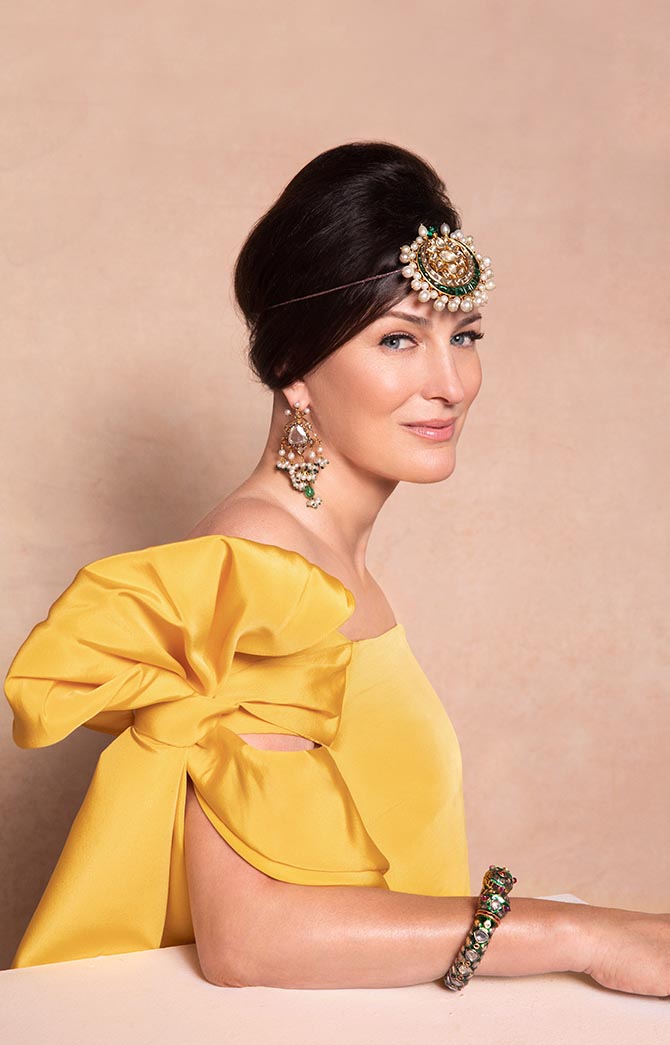 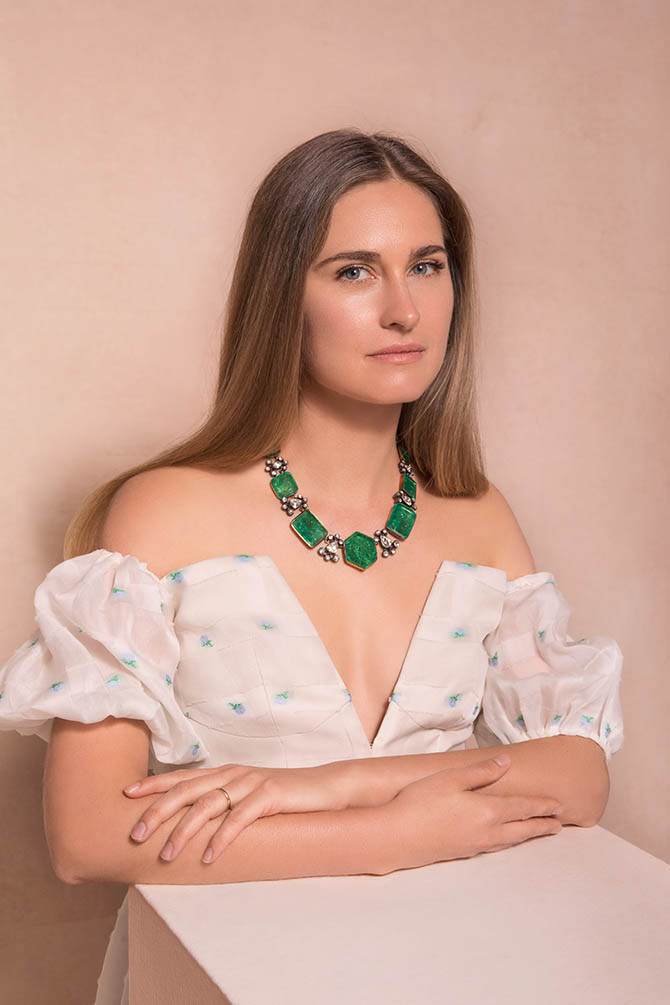 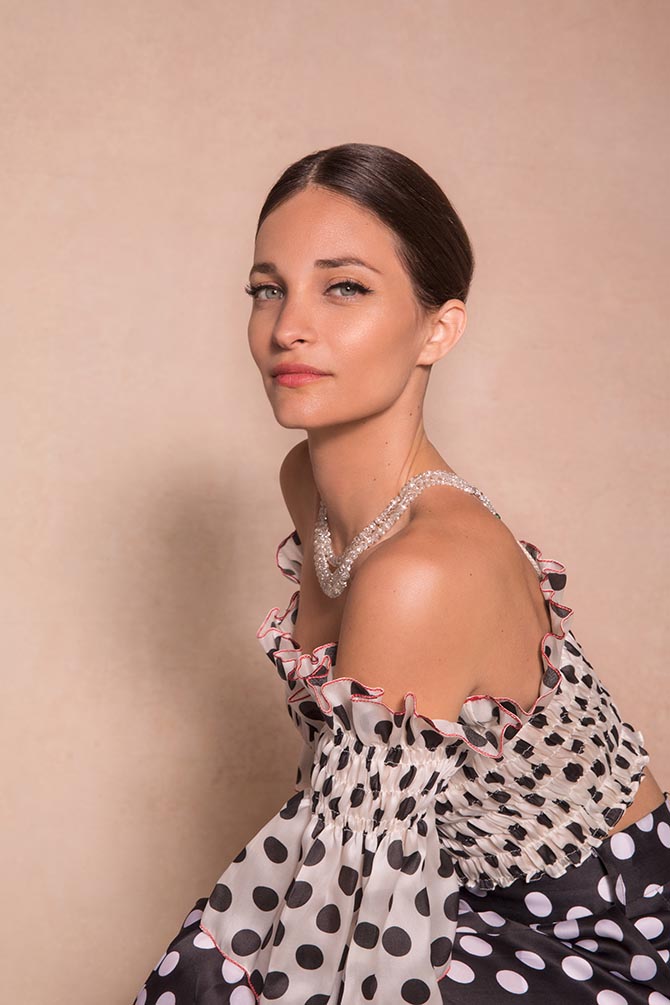 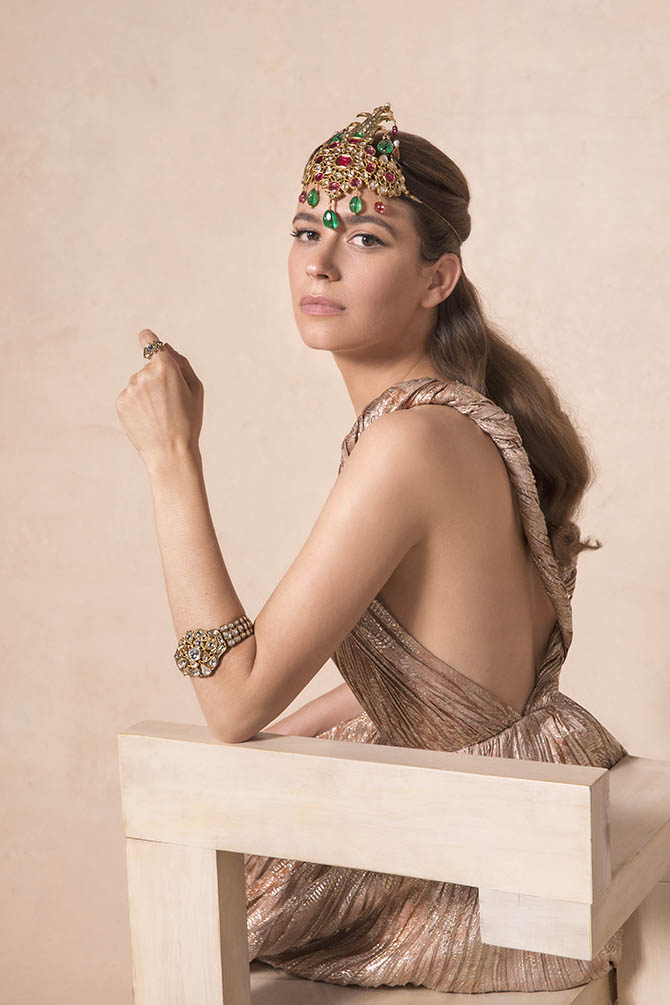 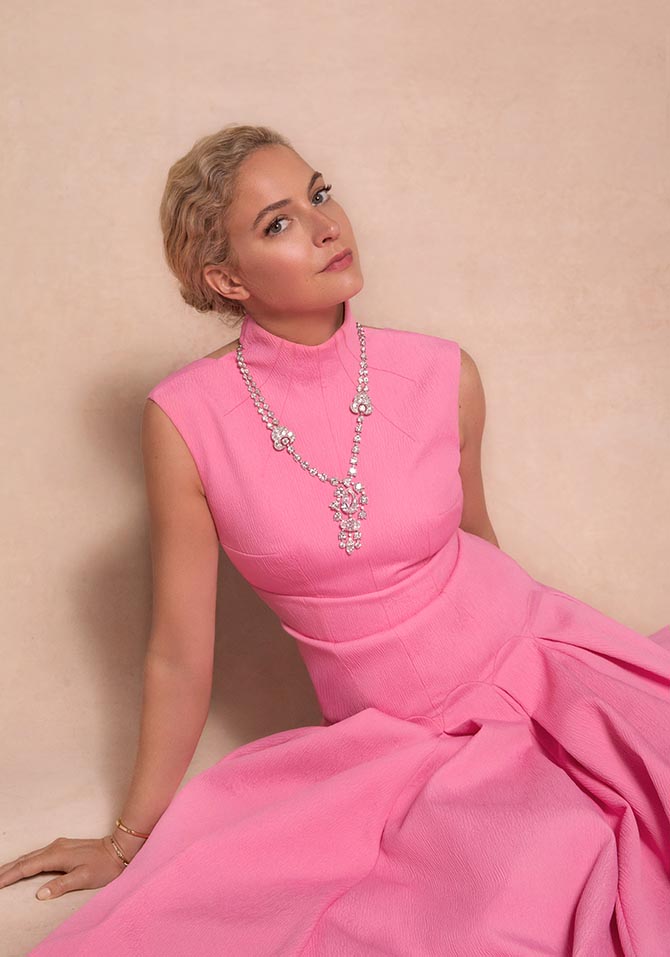 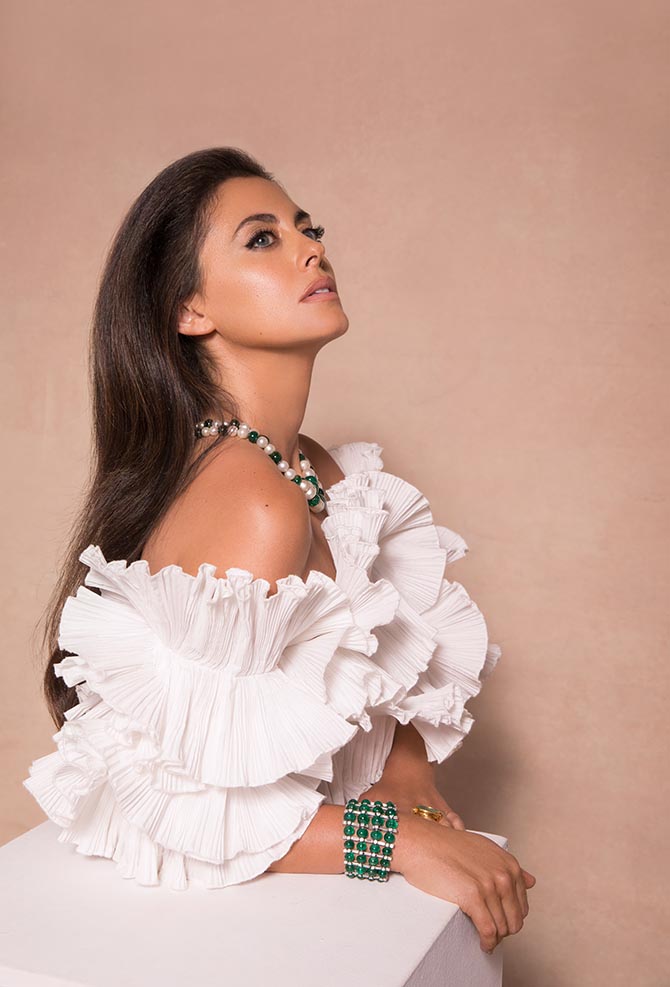 Erika Bearman wearing an antique emerald and pearl bead necklace and an emerald and diamond bead bracelet that once belonged to the Maharani Sita Devi of Baroda. 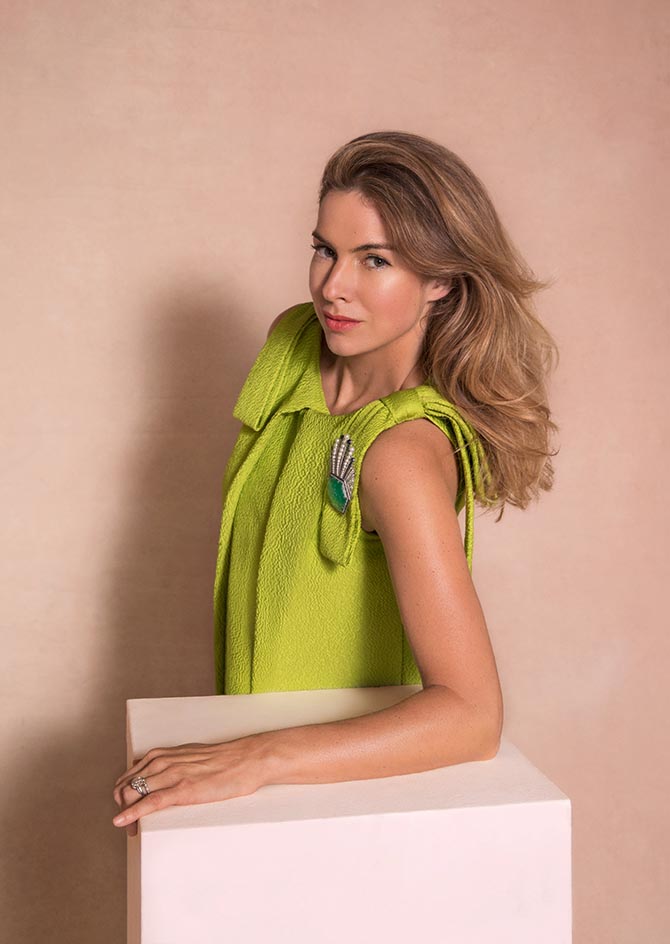 Who Is Sheikh Hamad Al Thani? And Why Is He Selling His Jewelry?

Indian Jewels Ignite The Dreams of An Author