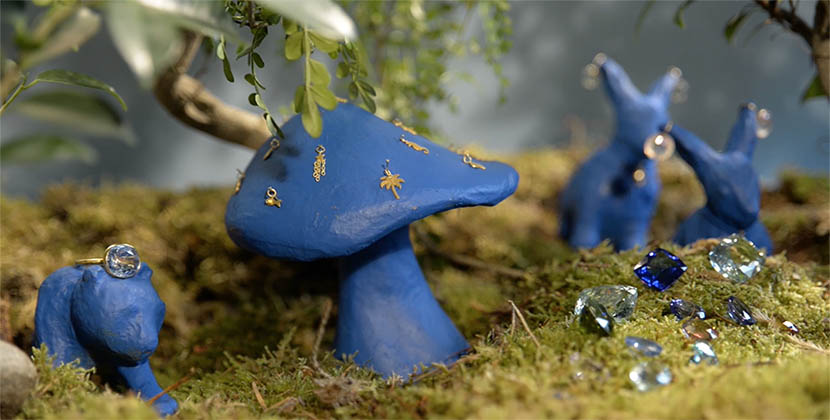 ‘The Magic Forest’ was inspired by a dreamy 1970 French film

There is a fairy tale quality to everything in the world of jewelry designer Marie Hélène de Taillac. The sweet pastel palette of the gems in her jewelry would be the perfect pieces for a mythical princess. Her boutiques in Paris, Tokyo and New York are like Never, Neverland sanctuaries with fanciful furnishings. Possibly the most enchanted object is the plexiglass Yves Klein table in the private space of her Big Apple location that’s filled with 46,000 carats of aquamarines. The designer’s storybook charm extends to her delightful Jewelry User Guide that delivers advice with a spirit of whimsy. 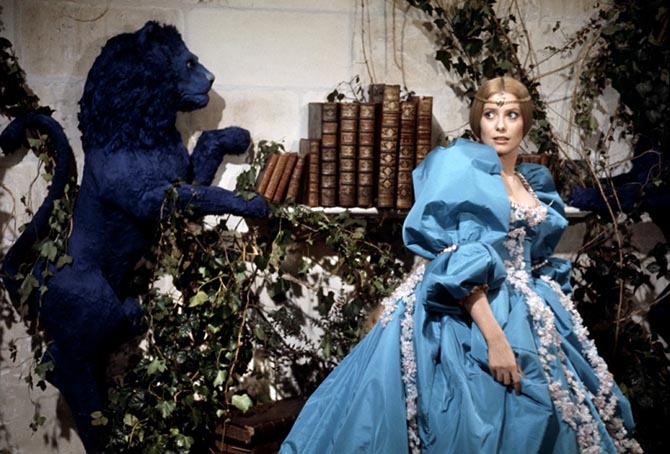 For the holidays, the Marie Hélène de Taillac magic has been transformed into a one-minute movie. The captivating little production documents the window display created by the jewelry designer’s niece, Claire Deroo, which was inspired by the 1970 French film Peau d’Âne [Donkey Skin] starring Catherine Deneuve. “The color of the objects in the windows are a reference to the Blue Kingdom in Jacques Demy’s movie,” explains Marie Hélène.

A Short Film About Gem Palace in Honor of Munnu