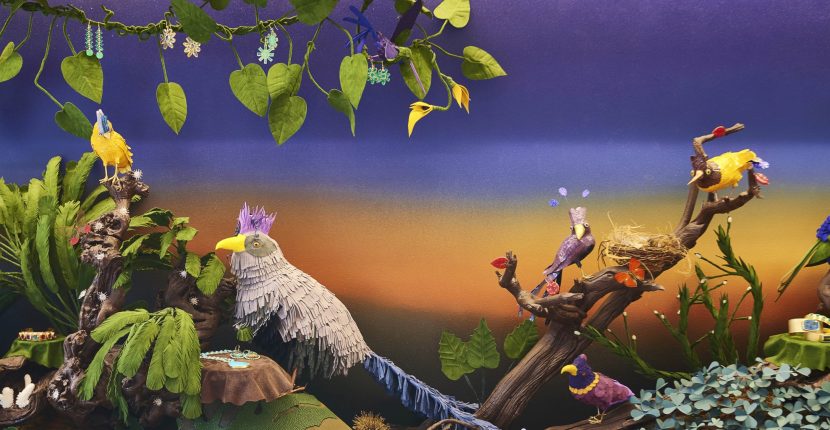 Statistics of what the wildfires in Australia have destroyed and killed are heart wrenching. And the numbers of lives lost, property damaged and the super ecosystem of wildlife destroyed continue to grow. According to The New York Times, “Experts in biodiversity have expressed alarm at the span of scorched earth in a megadiverse country that harbors between 600,000 to 700,000 species, many which are not found anywhere else in the world.”

While the fires may not be in the headlines the way they were a couple of weeks ago they are still burning. Australia continues to need help and two jewelry designers have added their names to the list of many others donating to various causes.  Find out how Irene Neuwirth and photographer and jewelry designer John-Paul Pietrus of Francis de Lara are helping the cause. 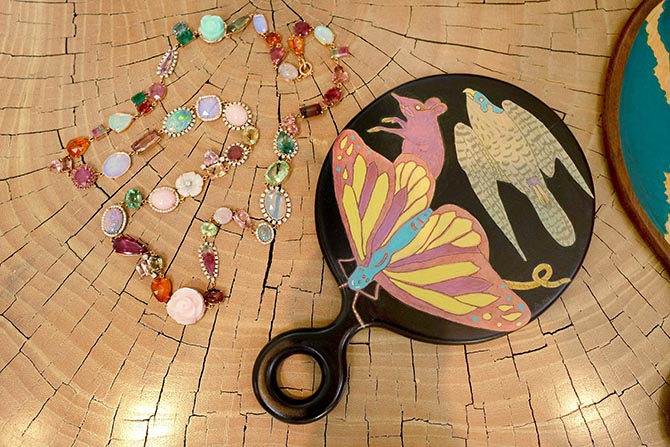 A detail shot in Irene Neuwirth’s boutique showing one of the designer’s necklaces and a hand mirror painted with animals by artist Aaron Morse. Photo Marion Fasel

On January 11, Irene Neuwirth announced 20% of online and in-store sales through January 19 would be donated to the New South Wales Rural Fire Service (NSWRFS), Wildlife Victoria and Wires Wildlife Rescue.

“It’s hard to fully understand the extreme nature of the fires, the numbers of people and animals effected is so staggering it starts feeling abstract,” explains Irene.  “I’m obviously such an animal lover and those images are heartbreaking.”

“We are extremely fire aware as Californians—we were in the studio talking about how we could help, and put this together very quickly, hoping we could make an impact,” explains Irene. “We sent out an email on Saturday morning and posted on social media, and it’s been truly inspiring to see the response.” 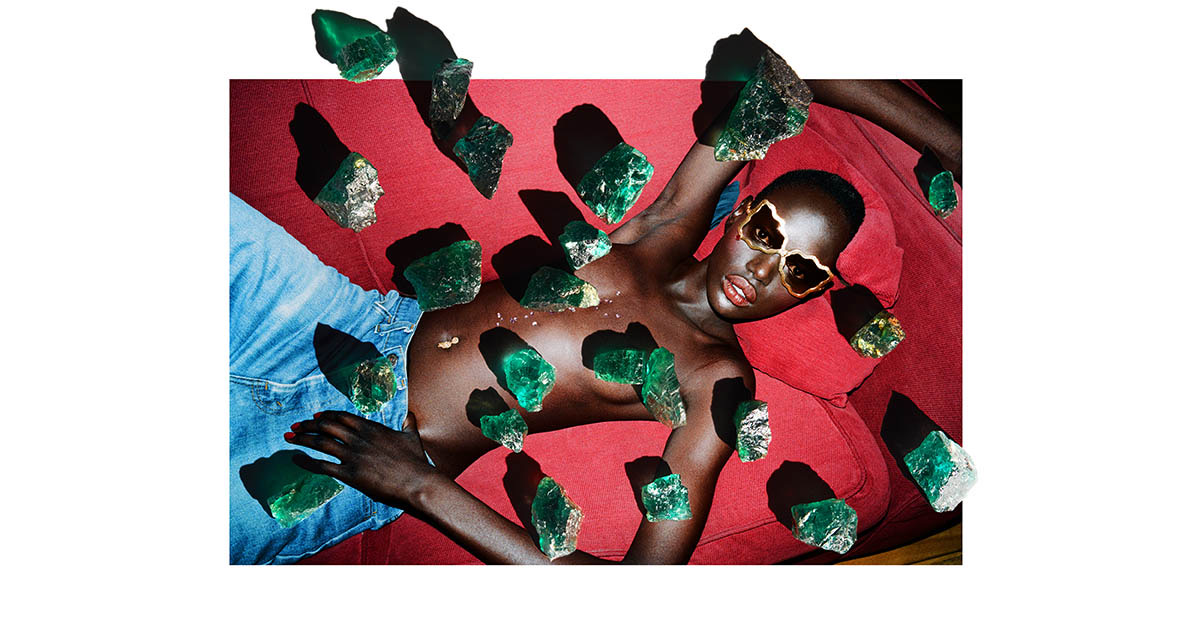 Photographer and Francis de Lara jewelry designer, John-Paul Pietrus, and Sudanese-Australian supermodel Ajak Deng, paired up to raise funds for those affected by the Australian Bush Fires. Pietrus is selling 50 gallery quality archival prints on 14 x 11 inch paper of an image he made with Ajak. Each photo will be signed by both John-Paul and Ajak. 100% of the proceeds will go towards the Australian Red Cross specifically for the disaster appeal. “I chose this image of Ajak because I think the person who supports and purchases will really enjoy the print, and I like how the rough emerald gems on top of the print, rephotographed, give it a 3-d quality,” explains John-Paul. The designer is also donating 30% of the profits from the sales from the Francis de Lara brand in January to be divided to bushfires appeal and the Red Cross general fund appeal.

Wonder Woman Wears A Cuff By Tiffany in 1984

The Year in Adventurous Celebrity Jewels