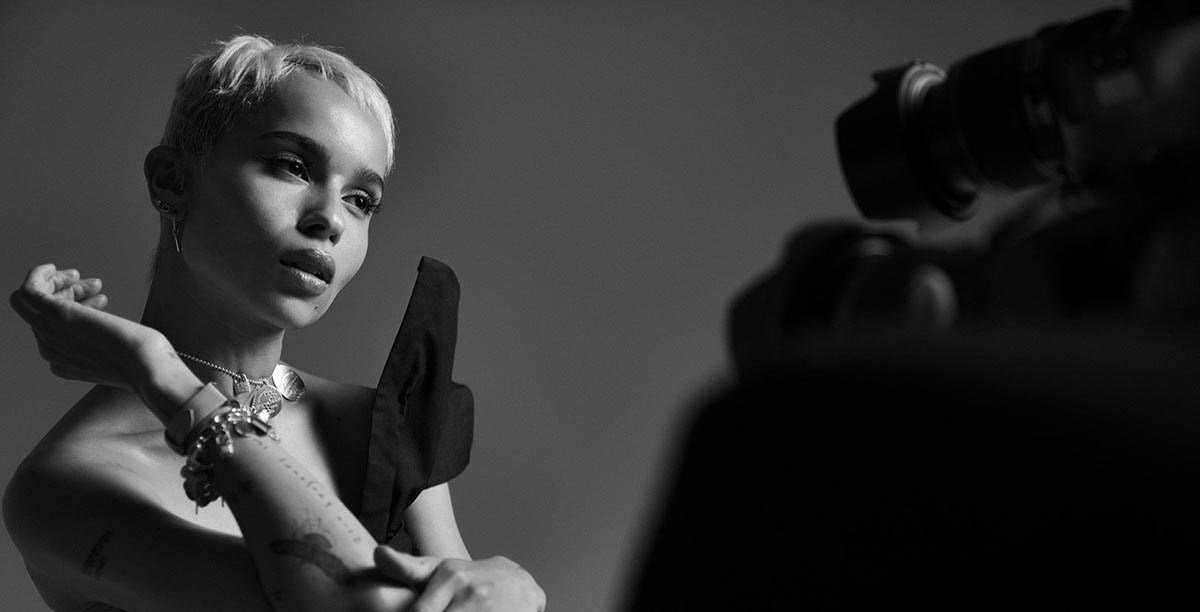 The campaign is the first under the direction of Reed Krakoff

Well, one question, I can answer about millennials is how do they feel about jewelry?  They love it. And they wear it in more original ways than any generation ever. They pile on pieces to express their individuality. They layer earrings in their multiple piercings. They are fearless about mixing new edgy items with classic designs. 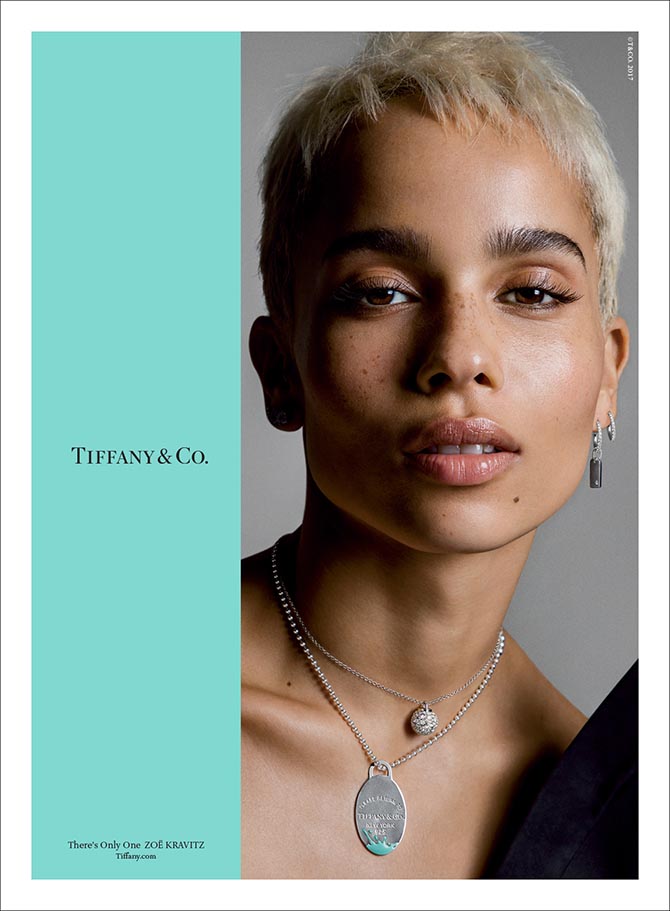 Zoë Kravitz wearing Please Return to Tiffnay and other jewels in Tiffany’s “There’s Only One” ad campaign. Photo by Inez & Vinoodh

I am thinking of my young friends, as well as major influencers like Man Repeller’s Leandra Medine. The powerhouse that coined the phrase “arm party” and wears everything from cords on her wrists to Elsa Peretti’s Bone Cuff. Glossier’s CEO, Emily Weiss, has the coolest collection you can get a glimpse of on her Instagram. Laurel Pantin, Editorial & Fashion Director of The Coveteur loves jewelry and is rapidly becoming something of serious expert with her amazing stories for the website.

Oh, and there are millennial men in on the action too. My personal faves are Christie’s specialist Claibourne Worth Poindexter and David Webb’s archivist and social media master Levi Higgs. Both of them have sported brooches upon occasion. 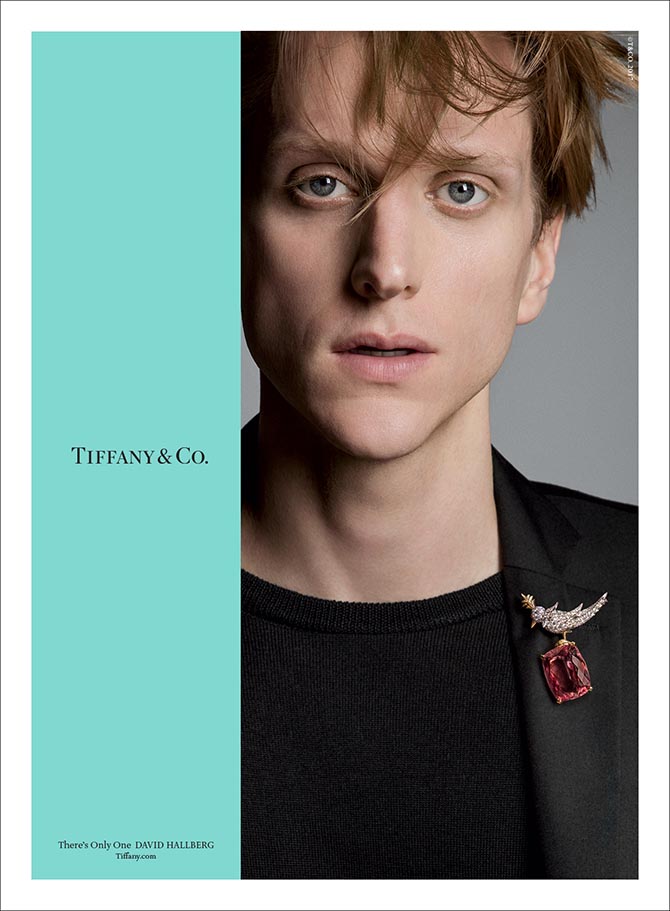 David Hallberg wearing a Bird on a Rock brooch in Tiffany’s “There’s Only One” ad campaign. Photo by Inez & Vinoodh

Tiffany’s new ad campaign, titled “There’s Only One,” has brilliantly tapped into this millennial love of jewels. The images were shot by the photography team Inez & Vinoodh. It is the first done under the direction of the new Chief Artistic Officer, Reed Krakoff who said of the images, “There’s Only One’ is a celebration of self-expression and embodies the spirit of Tiffany.” 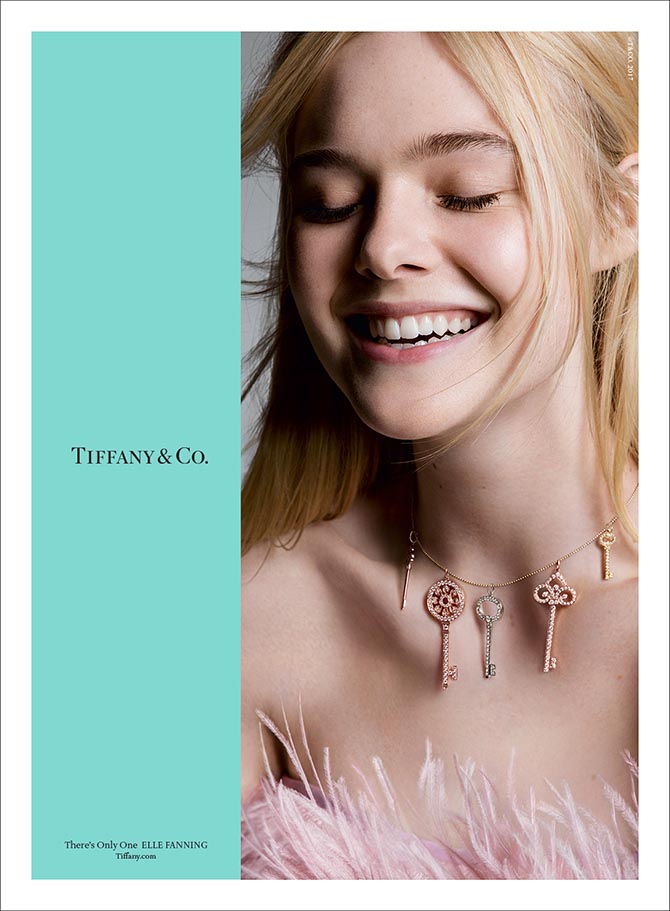 The millennial luminaries featured in the ads include actresses Zoë Kravitz and Elle Fanning, model Cameron Russell and principal dancer for the Bolshoi Ballet and America Ballet Theater, David Hallberg.  They are styled in an elevated version of what I see out there. Kravitz chimed in on how she wears jewels to WWD, “I usually have on some staples, and then I’ll add something special that speaks to the way I am feeling that day.”

Tiffany’s inclusion of the LGBTQ community among the models was a key attraction for Hallberg. He told Out, “The importance lies within free individual expression of any walk of life. This shows that support of all people is an imperative path into future acceptance of not only LGBTQ community, but any community in our lives.”

With this terrific debut from Krakoff’s rebranding of Tiffany, I for one can’t wait to see what he does next. 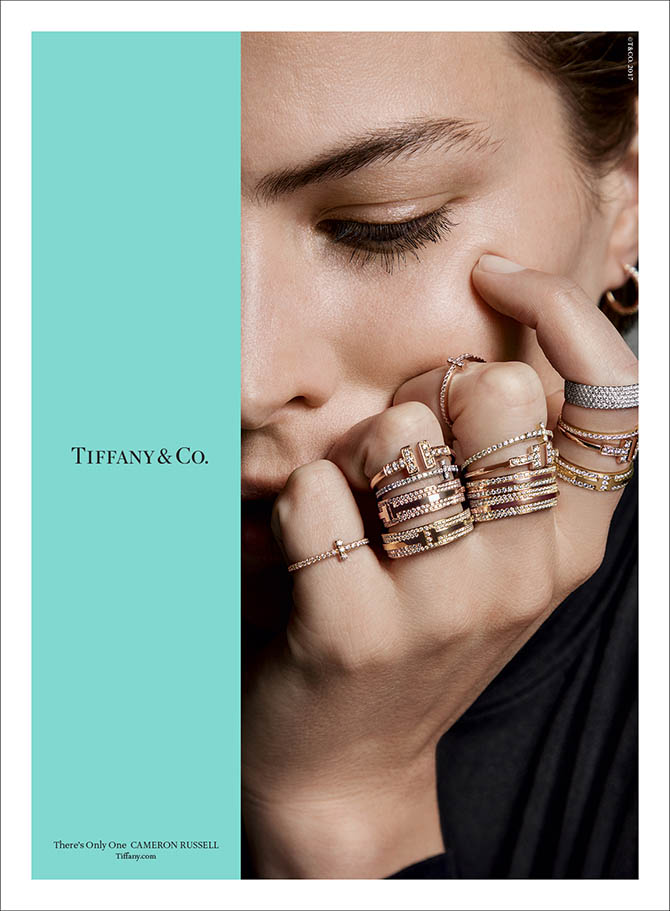 Cameron Russell wearing Tiffany T and other rings in “There’s Only One” ad campaign. Photo by Inez & Vinoodh

The 5 Best Jewelry Looks of the Week