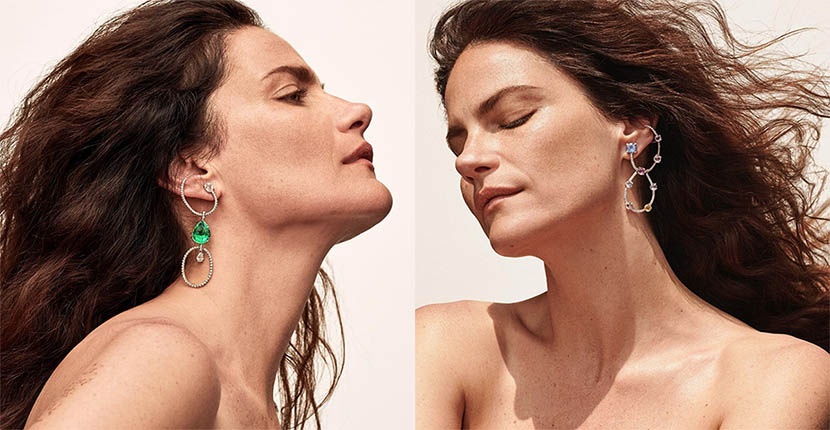 Jewelry exhibitions, talks and that watch in ‘Crazy Rich Asians’

It’s official. The fall is shaping up to be one of the most jewelry jammed we have ever seen. Next week the sparkle ignites with a jewelry exhibit of the dazzling collection of two time Olympic gold medalist Katherine Domyan at Bonhams in Los Angeles. A show featuring Bulgari’s famous muses opens in Moscow on September 7. In New York at Philips Jewels Now Ana Khouri a selling exhibit will be on display for just two days beginning September 14. On September 21, there will be a lecture on Mughal jewelry at the Metropolitan Museum of Art in New York. Later in the season, on November 13 to be exact, our Editorial Director, Marion Fasel will be interviewing Vogue contributor and fashion icon Lynn Yaeger about her jewelry obsession at the 92nd Street Y in a talked dubbed Treasure Hunting. Our favorite accessory story of the week, came from watch expert Eric Wind who revealed how a Paul Newman Daytona Rolex landed in Crazy Rich Asians. Find out more about all of it below. 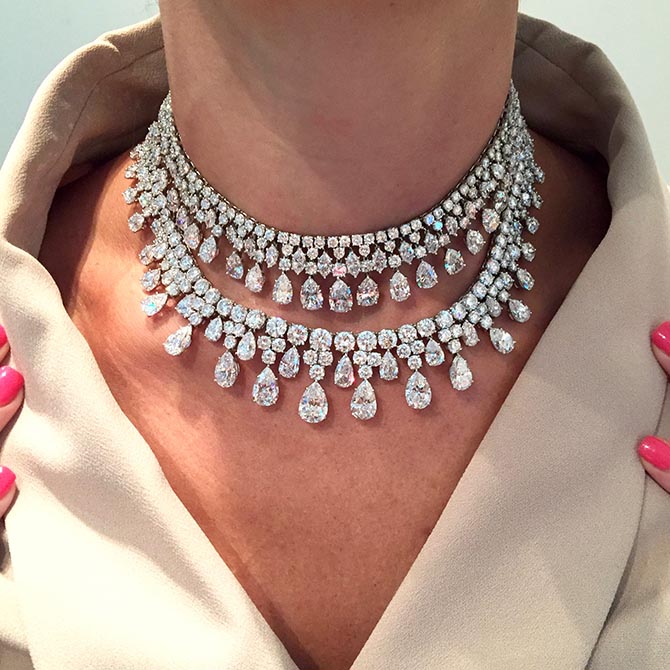 During the preview at Bonhams in Los Angeles Katherine Domyan’s glamorous jewels from September 5th to the 10th, there will also be a special exhibition about her fascinating life. This will include a chance to see Katherine’s Olympic gold medals from the 1952 Helsinki games. Find out more about her story here and book a private walk through by emailing alexis.vourvoulis@bonhams.com. 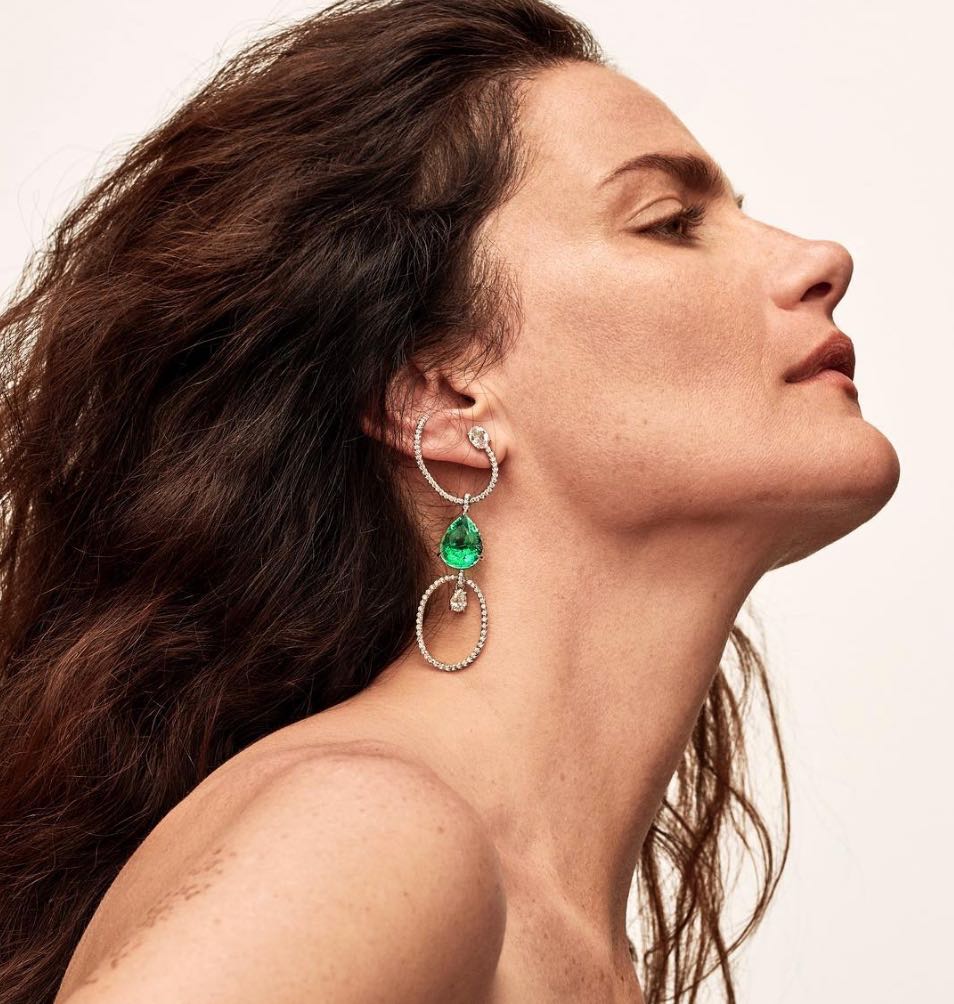 Ana Khouri earring on a model. Photo via @anakhouri/Instagram

At Philips in New York from September 14-16, see Jewels Now – Ana Khouri. The first exhibition solely dedicated to the work of the acclaimed contemporary jewelry designer, originally trained as a painter and sculptor. Khouri’s jewels are works of art in their own right, bringing fine jewelry into the twenty-first century and is renowned for her unique, forward-thinking approach to the function and design of jewelry. 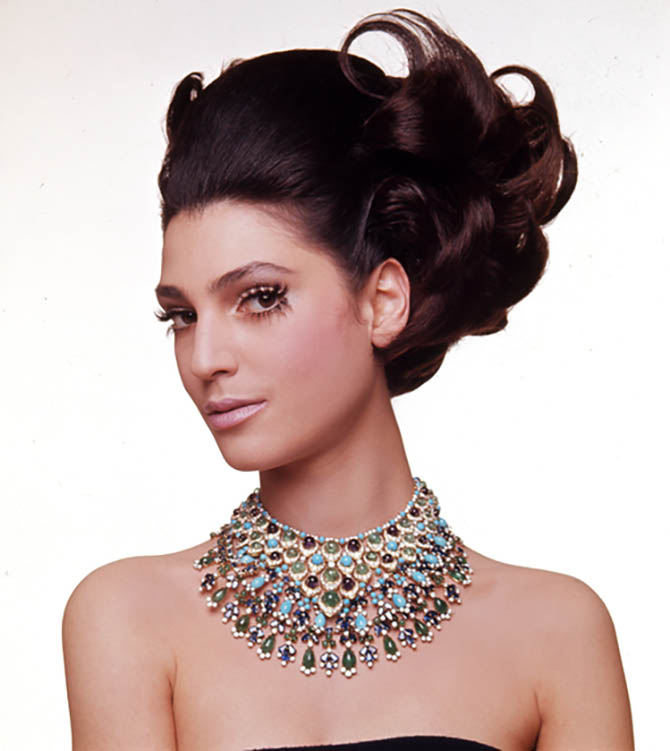 From Elizabeth Taylor to Monica Vitti and Gina Lollobrigida, Bulgari’s muses are going on display in Moscow by Anne-Sophie Mallard

From French Vogue—Despite having been the subject of exhibitions and books for over a century, Bulgari’s archives still hide their fair share of wonders. To wit, the 500-or-so rare specimens that will be put on display at the Moscow Kremlin Museums from September 7, including never-before-seen tiaras and other adornments from the 30s. The red thread running through this retrospective? The women that the house chose to make its emeralds and diamonds shine, particularly stars from the silver screen. “Bulgari: Tribute to Femininity” is the legendary jeweler’s homage to the equally legendary actresses. 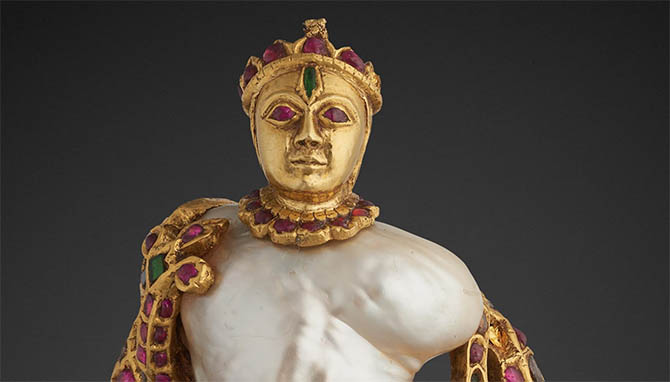 At the Metropolitan Museum of Art—Al Thani Lecture Series on the Art of the Mughal World—Mughal Jewelry: A Global Art at the Age of Discoveries on Friday, September 21. The talk will be conducted by Nuno Vassalo e Silva, Deputy Director, Museu Calouste Gulbenkian, Lisbon, Portugal. 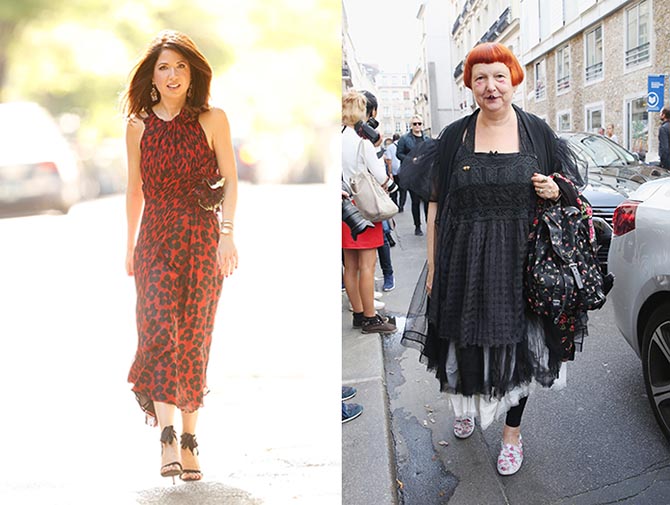 At the 92nd Street Y—Treasure Hunting: Lynn Yaeger in Conversation with Marion Fasel Join the esteemed jewelry historian and editorial director of The Adventurine online fine jewelry magazine, Marion Fasel and vintage fine jewelry collector, style icon, and Vogue contributor Lynn Yaeger for a conversation being presented in conjunction with New York Jewelry Week that will cover how to find jewelry in flea markets, how to wear it, bargain for it, build a collection, and become a jewelry know-it-all. 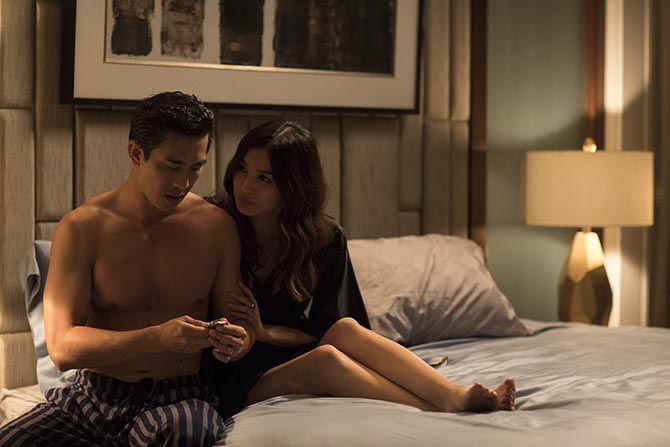 From Wind Vintage—It is Monday, May 1, 2017. In the midst of the stress of finishing up the catalog for the following month’s Christie’s watch auction in New York and just over one week to traveling to Geneva for our auction there, I pick up my phone after breakfast with my wife and son to begin scanning the e-mails that came in overnight. My heart skips a beat from surprise when I see an e-mail with subject line: “URGENT!!! Amazing watch needed for “Crazy Rich Asians” movie” from my friend Kevin Kwan, the author of the book Crazy Rich Asians and the follow-up books in the trilogy, China Rich Girlfriend and Rich People Problems.

Diary of A Jewelry Journey to Paris

The Jewels Ben Gave Jennifer for Her Birthday

Listen to Marion Fasel on The Couture Podcast