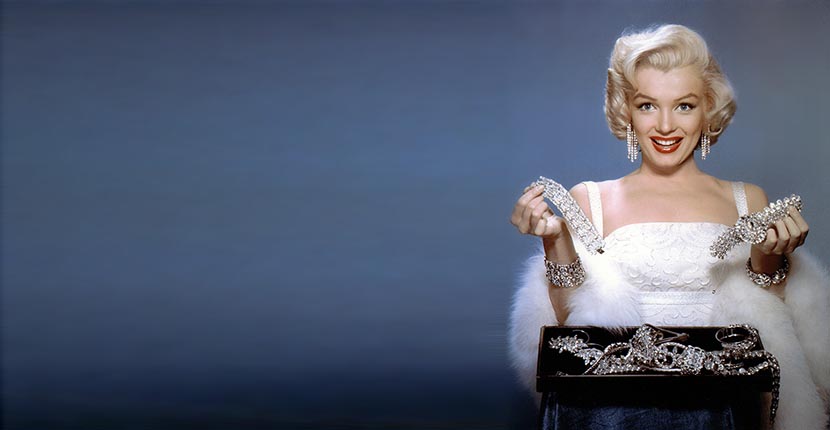 Marilyn Monroe did not wear real gems when she belted out “Diamonds Are a Girl’s Friend” in the 1953 film Gentlemen Prefer Blondes. She wore gigantic costume jewels with her pink silk gown. It didn’t matter one bit that the gems were fake. The impact of Monroe’s dynamic rendition of the song instantly and indelibly linked her to real diamonds forever.

During her rounds of publicity for the Technicolor musical comedy Monroe did, however, wear at least one real diamond for a studio photograph. She infused her legendary movie star glamour to the 24.04-carat Moon of Baroda. When Monroe was shown the sunshine colored stone she said simply, “It’s gorgeous.” 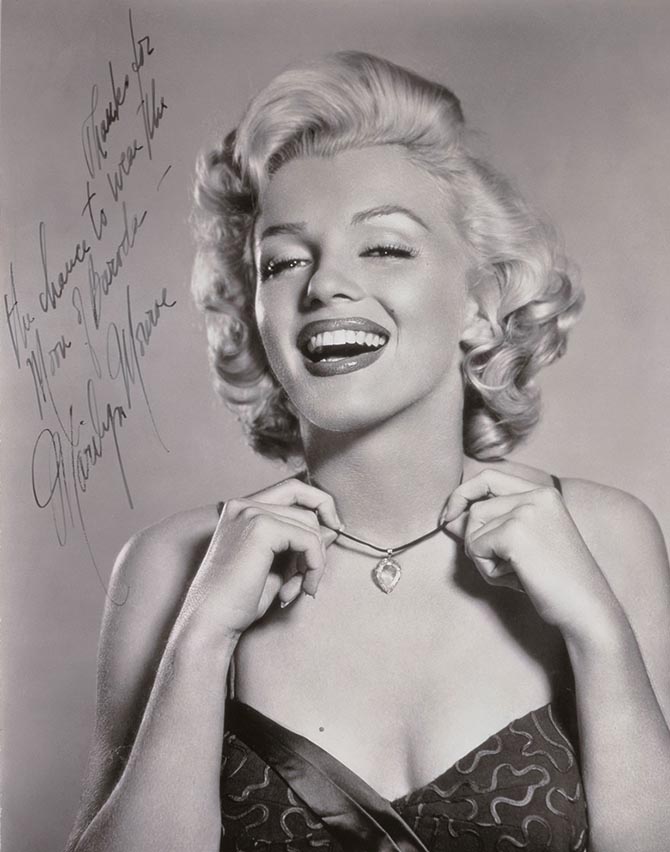 Marilyn Monroe wearing the Moon of Baroda diamond in an autographed and inscribed image being offered at Christie’s with the diamond. Photo Christie’s

The history of the gem has been brought back into the limelight because, it’s being sold at Christie’s in the Hong Kong Magnificent Jewels sale on November 27, 2018. The estimate for the fancy yellow modified brilliant pear shape 24.04-carat diamond suspended from a simple leather cord necklace is around $500,000 to $750,000. An autographed photo of Marilyn wearing the jewel is also being offered in the sale. The image is inscribed “Thanks for the chance to wear the Moon of Baroda.”

Beyond the Marilyn moment the story around the stone, like so many large old diamonds, could be classified as a legend. In other words, most of the facts are not known for sure. One detail that has been proven with certainty according to Christie’s is the origin, “The Gemological Institute of America has recently determined that this historic diamond is from the legendary Golconda mines in India, which, until the advent of the 20th century, produced the finest and largest diamonds in the world.” 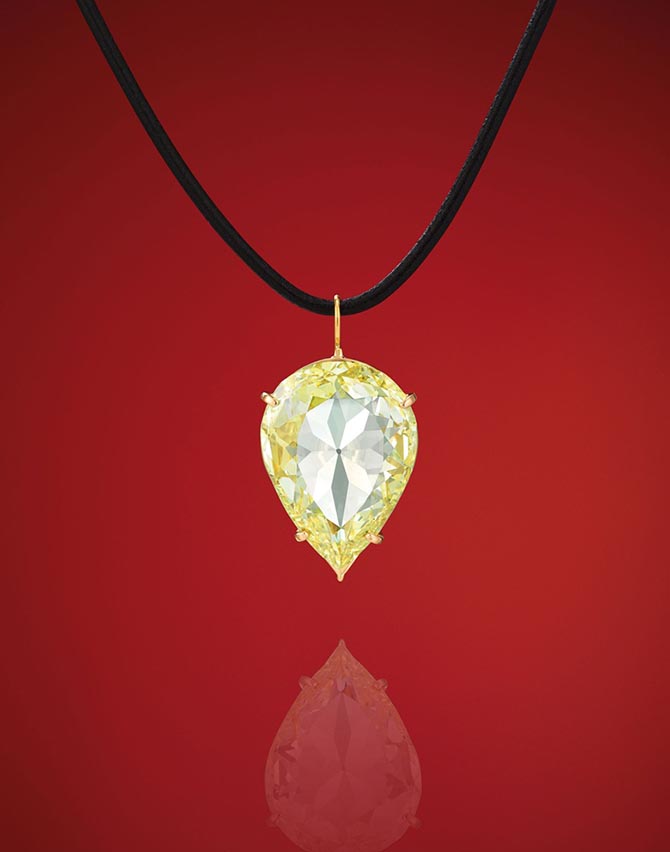 Who owned the Moon of Baroda is the circuitous part of the tale. It could have been found at the Golconda mines anywhere from the 15th to the 17th centuries. The first famous owners were believed to have been by the princes of the Gaekwads dynasty of India which is not a stretch because they ruled the diamond region of Baroda. It was believed the family gifted it to Marie Antoinette’s mother, Maria Theresa of Austria. When she died in 1780 it was thought to be returned to Gaekwads. Around 1860 it was allegedly set in a necklace and sold. By 1926, the piece apparently landed in the collection of Prince Ramachandra who is credited with bringing it to the United States where he left it with new owners. In 1953, it was confirmed to be the property of Samuel H. Deutsch, the president of a firm of diamond cutters based in Cleveland, who sold it to Meyer Rosenbaum, president of Meyer Jewelry Company in Detroit, Michigan.

Somehow Rosenbaum got the stone to Hollywood and in front of Marilyn Monroe. The caption for a publicity photograph of the star being shown the diamond adds a little more detail to the story. It says, “Representing the Jewelry Academy, Manney Lippett of Santa Monica introduces Marilyn Monroe to the famed ‘Moon of Baroda’ diamond, as she is named ‘The Best Friend a Diamond Ever Had’ for her portrayal of the diamond-hungry Lorelei Lee in the 20th Century Fox Technicolor musical, Gentlemen Prefer Blondes. Guard Francis Shisham stands by to protect the rare stone from ‘Lorelei.’” 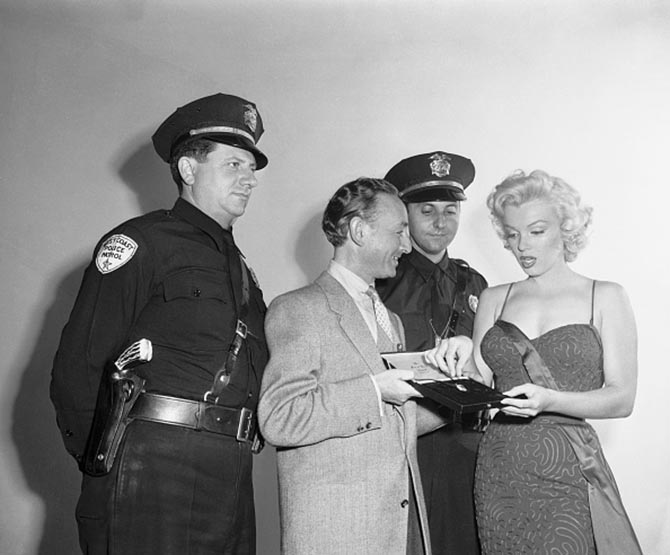 Marilyn Monroe being shown the Moon of Baroda by the Jewelry Academy’s Manney Lippett of Santa Monica. Photo Getty

After Monroe posed with the Moon of Baroda and made it famous, the gem seems to have gone into a private collection. It returned to the public view at Christie’s in New York in 1990 when it was sold for $297,000. The gem was put on display among the treasures in the 2008 exhibit Diamond Divas in Antwerp. Now after two decades in a private collection, it is once again being sold at Christie’s. The gem is a highlight of the Magnificent Jewels auction because of the unique qualities of the Golconda stone including the pear shape and yellow color. Marilyn Monroe’s moment with the gem has also surely added immeasurably to the value.

This Tiffany Diamond Is Priceless