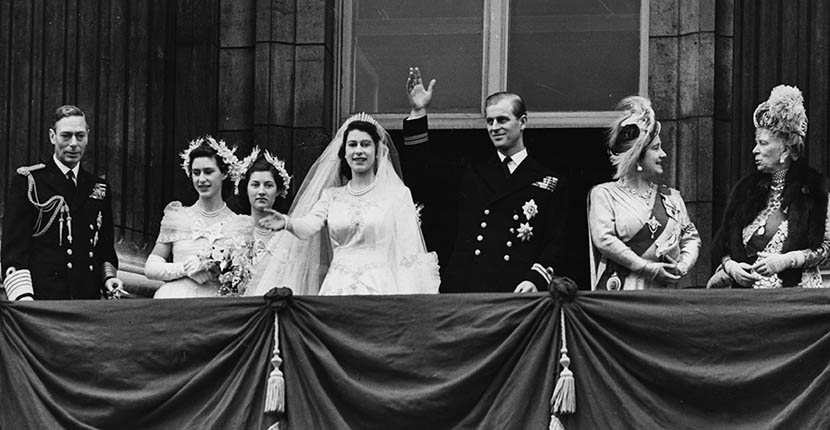 Princess Elizabeth and Prince Philip with the royal family on their wedding day. On the left is King George VI, Princess Margaret. On the right are Queen Elizabeth, Queen Mary Photo Popperfoto

The intriguing facts about the jewel left out of 'The Crown' 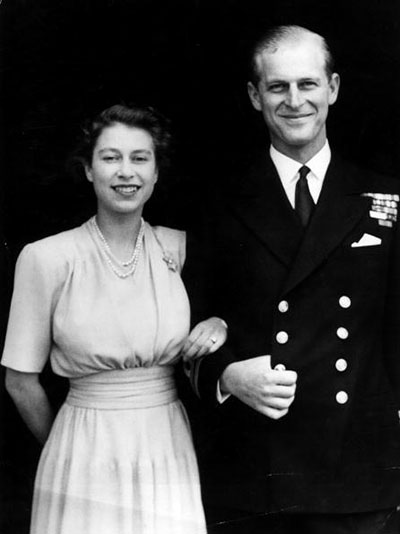 The diamond ring is shining on Elizabeth’s finger at the July 10, 1947 engagement announcement to the press with Philip Photo Hulton Archive

One of the many fabulous things about the Netflix historical drama The Crown is all the behind the scenes views of royal family life. The eye-popping luxury of the lifestyle with the palaces and teams of people assisting the royals every need from dressing them to reloading their shotguns on hunts. Yet, everything is far from perfect at Buckingham Palace. The Windsor family’s famous dysfunctions are also on full display. In fact, it’s the chinks in the proverbial armor that are part of what make the story so riveting.

In the first episode, ‘Wolferton Splash,’ the politics surrounding young Princess Elizabeth’s wedding to Prince Philip and her steely resolve play into the plot. What was left out was the drama surrounding her engagement ring and wedding jewelry.

The design of Elizabeth’s ring was a royal family affair. Her creative and frugal suitor, Prince Philip, used diamonds from a tiara that belonged to his mother, Princess Andrew of Greece. His uncle, Earl Mountbatten, who liked to design jewelry for his wife Edwina, recommended the London jeweler Philip Antrobus Ltd. The engagement ring Philip conceived was a personal statement, not a flashy show of rank. It had a relatively small center stone for the future queen of England, a 3-carat round diamond. The gem was flanked by several smaller diamonds and set in platinum.

There was only one problem with the ring. On the big day, July 8, 1947, when Philip asked Elizabeth for her hand, the ring was too big to fit on her finger. It was resized in less than two days so Elizabeth could wear it to the Buckingham Palace garden party where the couple officially announced the engagement. 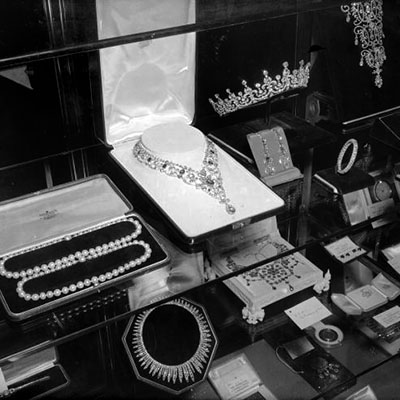 On Elizabeth and Philip’s wedding day, November 20, 1947, there were more jewelry mishaps. As the princess was getting dressed at Buckingham Palace and the convertible diamond fringe necklace—which was Elizabeth’s “something borrowed” from her mother and originally belonged to Queen Mary—was being fitted on its frame to be worn as a tiara, a part popped off the jewel. When the jewelry mishap occurred the staff and security whipped into action. The court jeweler in attendance received a police escort back to the workroom to quickly repair it.

When someone realized the necklaces were still on exhibit at St. James’s Palace with the rest of the wedding presents, the princess’s private secretary raced there to get them with just a half hour to spare before the carriage procession to Westminster Abbey. Elizabeth miraculously made it to the church on time with every jewel in place.