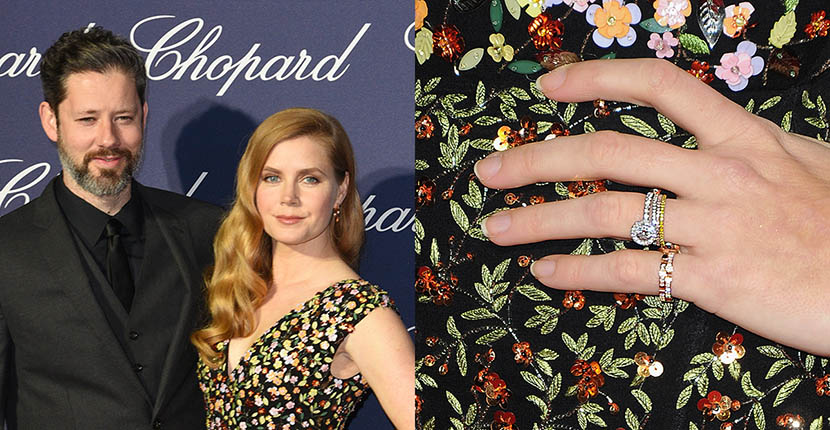 Designer Jean Dousset remembers when he created the jewel 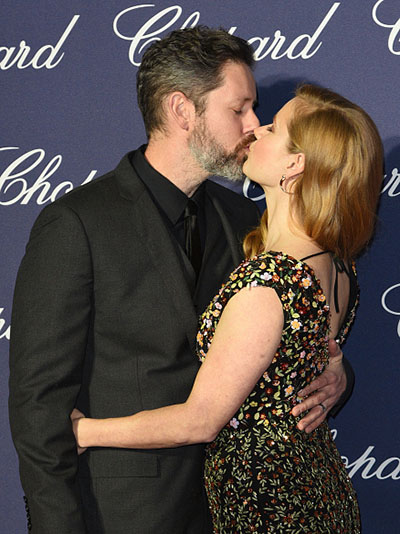 In the glory days of the Elizabeth Taylor and Richard Burton romance, they kissed in front of the red carpet cameras a lot.  I am not talking about the early period of the relationship when there was more than a whiff of scandal around the lovers, but much later when they were years into their marriage.  The couple could not keep their hands off each other.  It’s a type of affection you rarely see with the justifiably cautious Hollywood couples of today.  Some never even appear together on the red carpet.  Not so with Amy Adams and her husband Darren Le Gallo.

A look at pictures of the twosome on all the red carpets recently—the Palm Springs Film Festival, the Critics Choice Awards, the Golden Globes—made me think of Taylor and Burton.  After over 17-years together the couple are constantly kissing.  This true romance, not to mention some great photos of Amy Adams left hand showing her engagement ring and wedding bands inspired me to look up the designer of the jewels, Jean Dousset.  We sat down in his beautiful boutique on Melrose near a picture of the Frenchmen’s great-great grandfather Louis Cartier (yes, the Louis Cartier) to talk about Amy’s gorgeous rings.  Following is an excerpt of our conversation.

You created Amy’s ring at the beginning of your jewelry design career after years of working in High Jewelry sales at the most esteemed houses in Paris and Los Angeles and a stint of remodeling homes.  Tell me about those early days of your career when Darren Le Gallo contacted you for Amy’s ring. 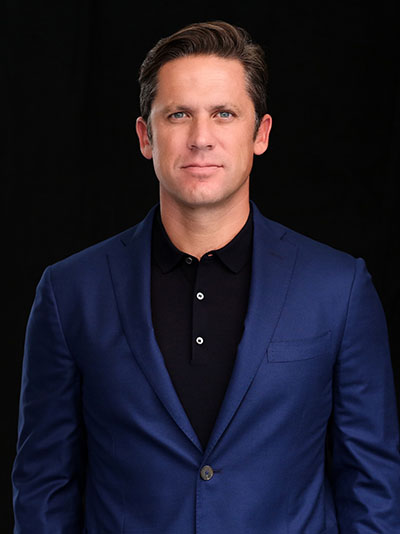 I was literally working out of my home.  I lived in a historical building in the Hancock Park neighborhood of Los Angeles.  I had transformed my dining room into a cool office.  I made it look like the studio here now.  Darren was referred to me by a stylist and he was very trusting.  He told me about the relationship.  They had already been together for many years.  I showed him my signature Seamless Halo design which was quite new at that point.  It is pretty and dainty and I thought it would be perfect for her.  Darren liked it right away.

Making an engagement ring that is at once modern and withstands the test of time isn’t easy.  Your Seamless Halo is gorgeous and clearly looks as beautiful today as it did when you created it for Amy.  Tell me about the design.

The round brilliant-cut diamond at the center is completely fitted to the halo right on top of the girdle of the gem.  The prongs are unobtrusive, virtually cemented down on the stone.  There is one row of diamonds around the center stone trimmed in little beads.  All you see from the top is the crown of the gem.

I believe jewelry should be three dimensional, because we don’t just look at our hands from one angle.  There are details all over the jewel.  On the underside of the ring there are several rows of diamonds at 45 degree angles.  On the bottom is one of our signature stones.  It is a small gem that is just for the woman who wears it.  We have a selection of gems for people to choose from.  They can pick a color they like or a birthstone.  It is a secret personal part to the design. 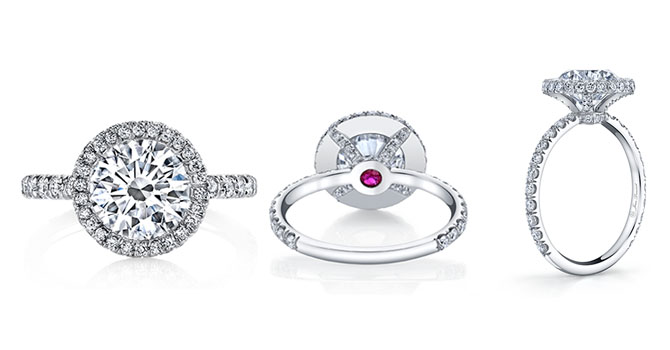 What is the metal of Amy’s ring?

After Amy received the ring did you hear anything back from her and Darren?

After he proposed the two of them came back to meet me.  They were so thrilled. We have stayed in touch over the years.

So you also designed her wedding band?

She actually has three wedding bands.  One is pink diamonds.  One is yellow diamonds.   And one is white diamonds.  She wears all three together.  It’s an elegant group of rings with touches of color.

To contact Jean Dousset about his engagement rings and wedding bands go to jeandousset.com

Details Left Out of ‘The Crown’ on Elizabeth’s Engagement Ring, Wedding Jewelry