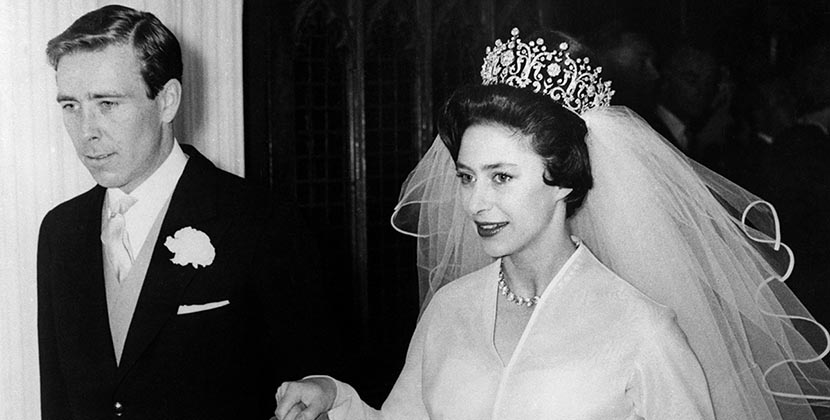 It’s not exactly a spoiler to reveal Princess Margaret finally makes it to the altar in The Crown. Even if you haven’t watched Episode 7 of Season 2 yet, you are probably aware the rebellious sister of Queen Elizabeth married photographer Tony Armstrong Jones who was given the title, Lord Snowdon. What might come as a complete shocker—facts that are not reviewed in the Netflix series—is that the tiara Princess Margaret wears for her wedding was bought shortly before the occasion. What? Yes. Even with all the tiaras available to the Princess from the crown collection another was acquired. 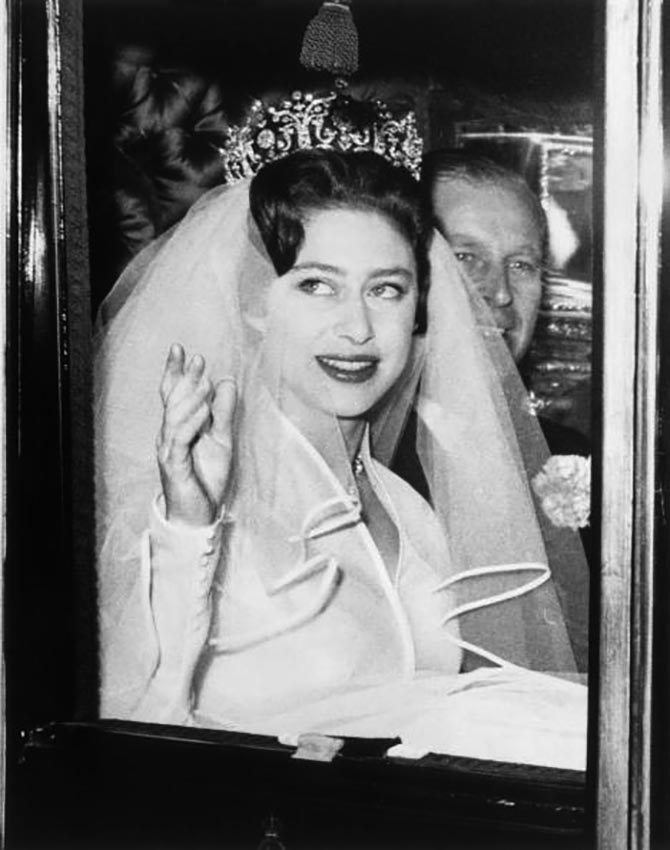 Princess Margaret wearing the Poltimore tiara on her way to Westminster Abbey with Prince Philip who is gave her away. Photo by Hulton Archive/Getty Images

The story behind the jewel is that it was purchased upon the recommendation of Lord Plunket who was the Queen’s Deputy Master of the Household from 1954 to 1975. Plunket, who mainly supervised Elizabeth’s social life, was also an art collector and occasionally advised the monarch on purchases for the royal collection. Clearly, he thought the diamond tiara made by the crown jeweler Garrard during the 1870s would be the right piece for Margaret’s wedding and wow was he ever right. 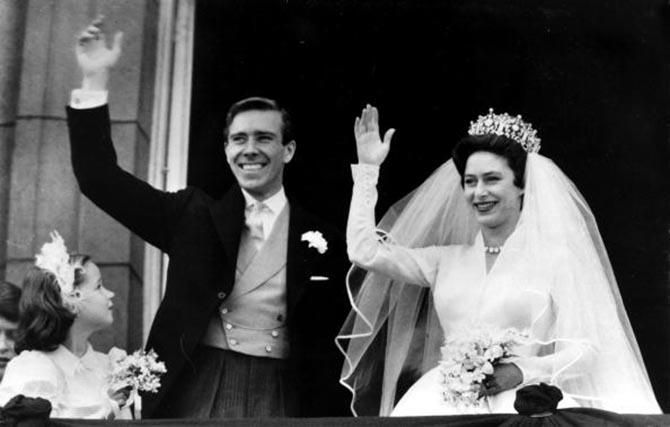 Princess Margaret in the Poltimore tiara and her husband Anthony Armstrong-Jones wave to the crowd from the balcony of Buckingham Palace after their wedding. Photo Getty Images

The antique silver topped gold diamond jewel went on offer at Sotheby’s in 1959. Originally, made for Lady Poltimore, wife of the second Baron Poltimore, was sold by the daughter of the fourth Baron Poltimore, Honorable Lady Stucley. It was purchased for a song, £5,500. Most royal watchers believe Princess Margaret got it for herself and that is the kind of independent move that fits her character. Others say it may have been bought by either the Queen Mother or Queen Elizabeth as a wedding present.

Like many late nineteenth century tiaras, the jewel was convertible. It could be taken off its frame and transformed into a fringe necklace and 11 brooches. (See how it looks as a necklace here.) Before the announcement of her engagement Princess Margaret wore the piece as a necklace. For her royal wedding on May 6, 1960, Margaret debuted the dramatic tiara. She had it worked into her elaborate chignon with a long silk tulle veil by Claude St. Cyr of Paris flowing from the back. The ornate jewel stood out against her minimalist Norman Hartnell silk organza long sleeved wedding dress that didn’t have any of the usual crystal accents found on royal bridal attire. Queen Mary’s Diamond Rivière was her only other jewel on the big day. 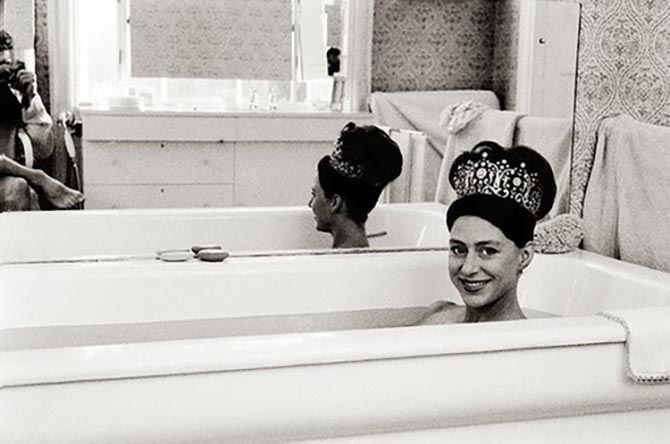 Princess Margaret wearing the Poltimore tiara in the bathtub while her husband Lord Snowdon takes a picture.

After the wedding, Margaret wore the Poltimore tiara on numerous occasions throughout her life including at least once in the bathtub. The now famous dip in diamonds was photographed by her husband at the couple’s apartment in Kensington Palace around 1962. Margaret had her hair done and was bathing before she got dressed for an evening on the town. The often Instagrammed image was seen by the public for the first time in 2006 at an exhibition of Lord Snowdon’s work. 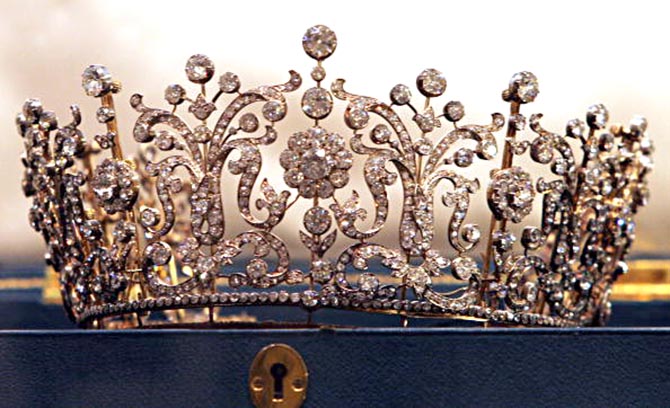 The exact whereabouts of the Poltimore tiara today are publicly unknown. In order to raise funds to cover exorbitant inheritance taxes, Margaret’s children put the piece up for auction at Christie’s in London on June 13, 2006 along with around 90 other jewels and many of her other personal possessions. The tiara sold for £926,400. Naturally some thought the royal family should have bought the historic jewel. The drama surrounding it is truly worthy of an entire episode of The Crown.

UPDATED October 21, 2019: The Crown Season Season 3 Official Trailer has just been released and there is a glimpse of a scene recreating Margaret’s moment in the tub wearing the Poltimore tiara.

The Story of Queen Elizabeth’s Engagement Ring and Wedding Jewlery