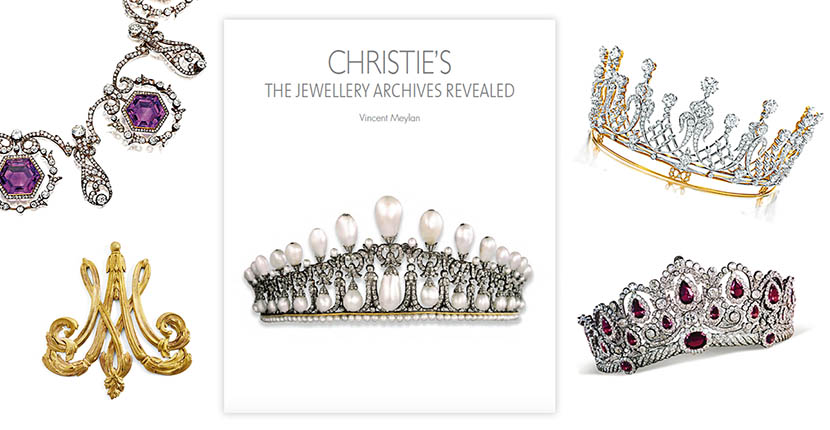 ‘Tis been the season of great jewelry books about contemporary designers.  Well, now there’s something for jewelry history fans.  Christie’s: The Jewellery Archives Revealed is a glorious publication by Vincent Meylan whose grand reputation is such that he is rumored to be intimately familiar with every archive on the Place Vendôme.  The esteemed French author’s previous books include Van Cleef & Arpels: Treasures and Legends and Boucheron: The Secret Archives but he has never done anything quite like this. 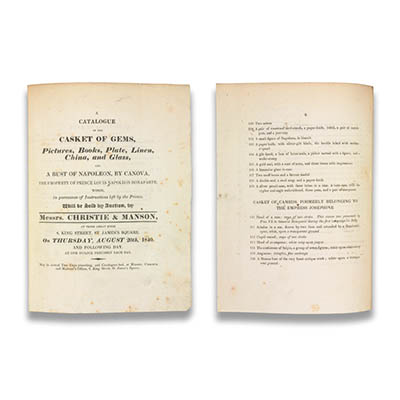 The stupendous volume covers the important, and when I say important I mean historically beyond, sales of Christie’s over the last 250 years.  The author begins with a bang with a necklace that once belonged to Marie Antoinette.  He gives the history of the ill-fated queen and takes you right up to the guillotine in his narrative and then traces the jewels’ various owners before they arrived at Christie’s.

The French queen’s treasures are followed by stories about jewels from several royals who met a similar fate in the section of the Murdered Queens.  Then there are the Empresses in Exile, other members of The French Court and more.  The tales are absolutely riveting.  They are accompanied by paintings of the royals, photos of the jewels and pages from the original catalogues.  Veylan dives deep on the facts and goes where few have gone before even making corrections to historic descriptions and backing up his arguments with solid intel. 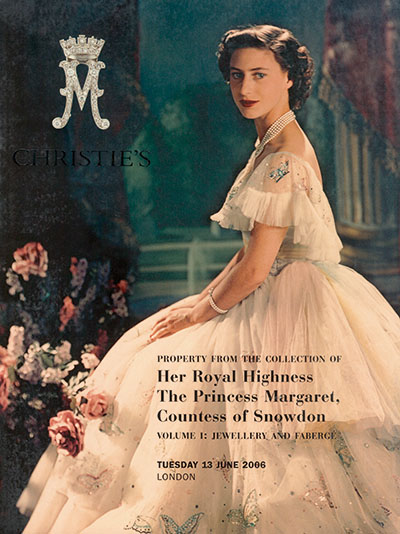 By the time he reaches, the twentieth century the history may be less gruesome but the anecdotes are equally engaging.  Anyone who has been watching The Crown will be enchanted by the section on Princess Margaret who (spoiler alert) finally left Captain Peter Townsend for Lord Snowden.  I could quibble over the description of her married life to the photographer as “bohemian,” but I guess relatively speaking, it was.

When Margaret’s estate went on display at Christie’s in London in 2006, the great auctioneer François Curiel, who wrote the introduction to the book and shares remembrances throughout it, said it was “the only time during my whole career with Christie’s, that I have seen a queue before our building in King Street, London.”  He went on to add, “The collection consisted of several hundred lots telling the intimate life story of this royal personality.  Princess Margaret, sister to Queen Elizabeth II; a public person, but also someone who had a very human dimension.  She experienced joy, unhappiness, love affairs—all of which allowed the public to identify with her.”

The book includes some pieces by contemporary masters Cartier and Van Cleef & Arpels that are beyond astonishing.  A look at one mystery-set Van Cleef peony in the pages is practically worth the price of the book alone.  Several of the most significant pieces in the most important jewelry sale at Christie’s, or anywhere for that matter, from Elizabeth Taylor are included in the publication.  And there is one mouth-watering image at the very end of the JAR jewels from the Ellen Barkin collection that frankly leaves you wanting much more from that sale—in my opinion the greatest exhibition of the designer anywhere.  Here’s hoping a volume two is in the works.  What Christie’s: The Jewellery Archives Revealed is truly about is important jewelry history and, in that, it is a crowning achievement.

Interview with the Amazing Aja Raden, Author of Stoned

Details Left Out of ‘The Crown’ on Elizabeth’s Engagement Ring, Wedding Jewelry