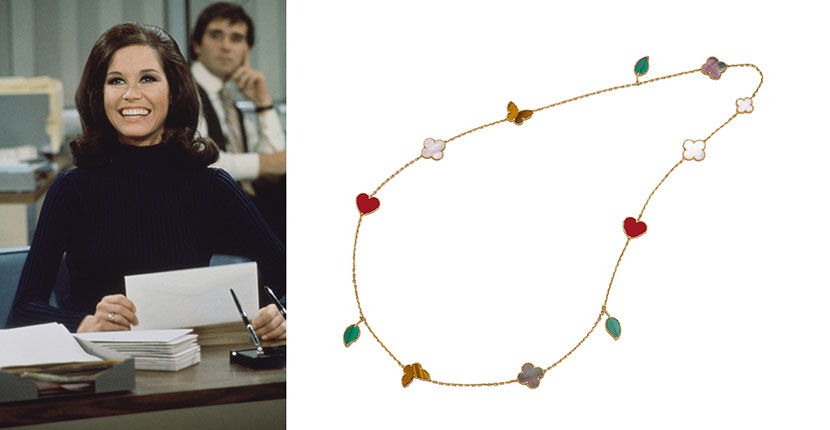 Because her 1970s style is inspirational after all…

When the news alert came across my phone yesterday that Mary Tyler Moore had passed away, I instantly had flashbacks to her beloved 1970s television series. The Mary Tyler Moore Show is an extraordinary sitcom to reflect on at this particular moment in American history. Moore played television producer Mary Richards who went head-to-head with her at times tough boss (Ed Asner) to get things right. She expertly managed the TV anchors to make programs flow. Her scenes with the great Betty White were priceless. She lived in the most amazing apartment. And she had the best group of friends ever.  Her banter with Valerie Harper was comedy gold. I vaguely remember her dating upon occasion, but men were not the focus by a long shot. It wasn’t so much Sex and The City as it was an independent working woman living her life on her terms. Always with a wink and a smile and loads of style. 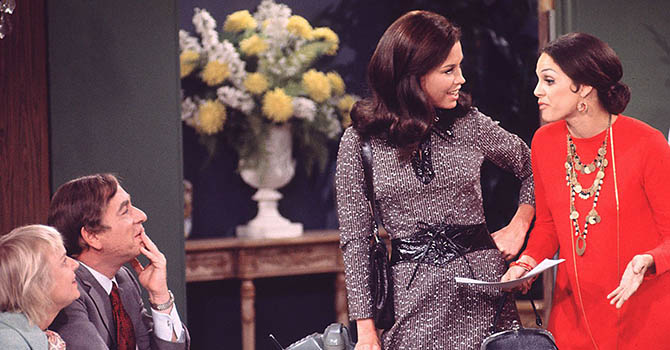 If you take a look back at Mary’s wardrobe it is as au courant as the themes of the show. I would love almost everything she had in her closet. Honestly, I think her wardrobe is burned on my subconscious as more than one person has told me I have Mary Tyler Moore-like style in the last year. Of course, I consider this high praise.

When it came to jewelry, Mary wore it strategically. I always envision her with a button down shirt and a long chain necklace. To me it’s textbook Mary Richards professional mode. On my hunt for an image, however, I couldn’t find it. Perhaps I have just imagined her wearing it. 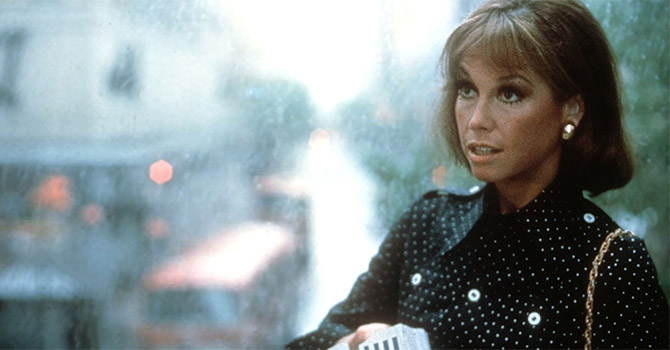 In 2009 when Van Cleef & Arpels introduced the Lucky Alhambra necklace, a special version of the classic design, it reminded me of Mary’s style. The toss it on easy to carry off jewel had just the kind ease she would have loved. There was always function in her fashion and the jewel had it in spades. The connection inspired me to riff on the famous lyrics of the Mary Tyler Moore song to the jewel when I originally wrote about the piece. I have repeated it here now, as a sort of lighthearted jewelry homage in the spirit of the comedy on the show to one of the greatest independent women ever portrayed on the small screen.

This jewel could turn the world on with its style.  It could take a nothing day and certainly make it all seem worthwhile! Oh it’s you jewel and you should know it!  With each and every charm and the gold chain you show it!  Van Cleef & Arpels has made you after all.