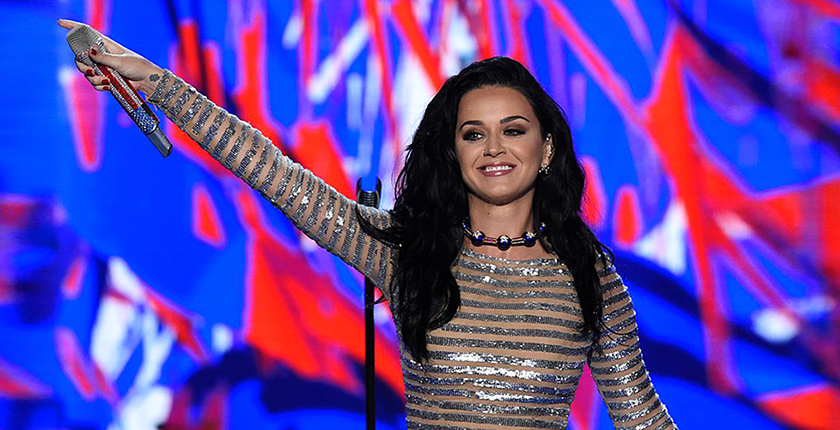 At the DNC, the pop star mixed vintage from Eleuteri with Jane Taylor diamonds

When Katy Perry took the stage at the Democratic National Convention in Philadelphia before Hillary Clinton’s historic speech, she told the audience how she had been on the trail with the Presidential candidate since the beginning of the campaign in Iowa. Perry said she had a closet full of “Hillary themed dresses.” Well, clearly she saved her best look for last. 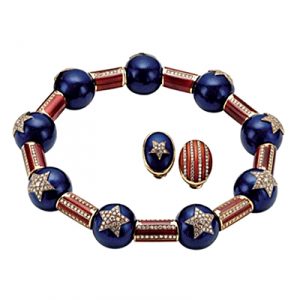 Katy Perry belted out a couple of her hit songs for the delegates wearing a sequined gown from Michael Kors accessorized by one of the greatest American patriotic jewelry designs ever created. The necklace came from the Italian jeweler Carlo Eleuteri’s private collection of vintage Bulgari jewelry.  Made as a tribute to the USA, shortly after Bulgari opened a New York boutique in 1972, the Stars and Stripes necklace is composed of 18K gold, diamonds and red and blue enamel. Previously, the piece has been loaned by Eleuteri to important exhibitions all over the world including the Bulgari’s 125th Anniversary presentation at the Grand Palais in Paris. 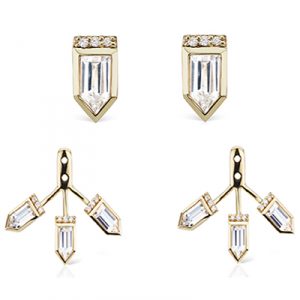 The jewelry look was finished off with diamond studs and ear jackets by American designer Jane Taylor.