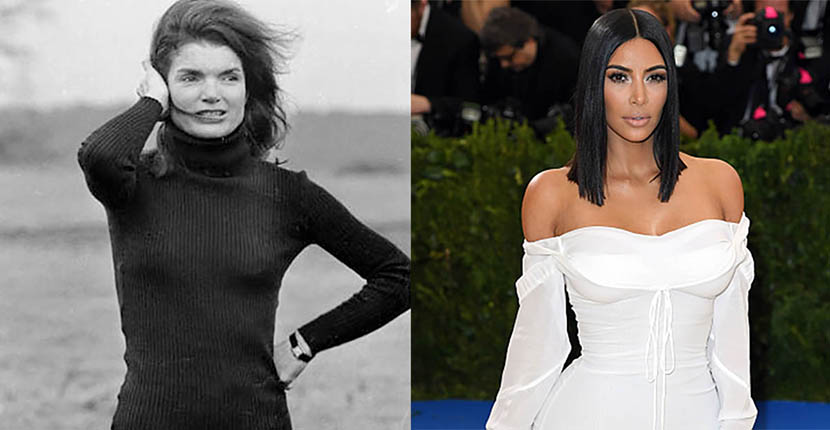 The star shelled out $379,500 for the Former First Lady’s timepiece

Among the 12 people who were vying for Jackie Kennedy’s Cartier Tank watch when it went on the auction block at Christie’s, Wednesday, June 21, 2017 was Kim Kardashian. At the end of three exciting minutes, Kim was reportedly the top bidder on the historic timepiece. If indeed it was Kardashian, she paid $379,500 for the watch.

The full story on the Jackie’s classic watch only came to light when the it appeared at the Christie’s sale. For years it was believed the watch was a gift from President Kennedy when in fact it was a gift from Jackie’s brother-in-law Prince Stanislaw “Stas” Radizwell. Get all the fascinating details on The Adventurine’s original post here. 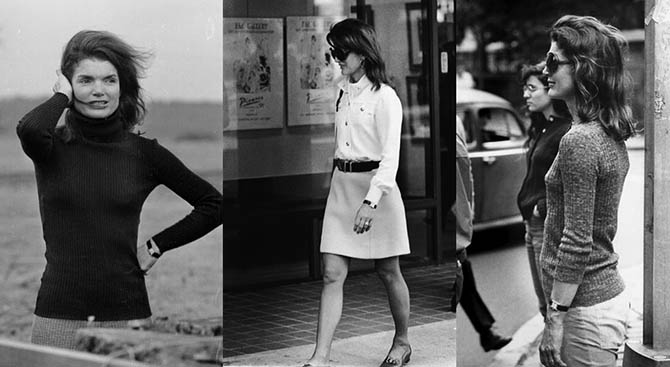 Jackie Kennedy wearing her Cartier Tank watch bought by Kim Kardashian (from left to right) in December 1969 and in two images taken on the streets of New York in the early 1970s. The one on the far right is from the famous series by Ron Galella. It appears to suggest the famous paparazzo removed the watch in the dark room from the image he calls his “Mona Lisa.” Photo Getty

Christie’s will neither confirm nor deny the news. It is their corporate policy not to reveal or comment on clients’ identities.  While the purchase came as a surprise to many when the news broke this morning, Kim and indeed the entire Kardashian family has had a long-time love affair with Cartier. They have been piling Cartier Love and Juste un Clou bracelets up their arms for years. 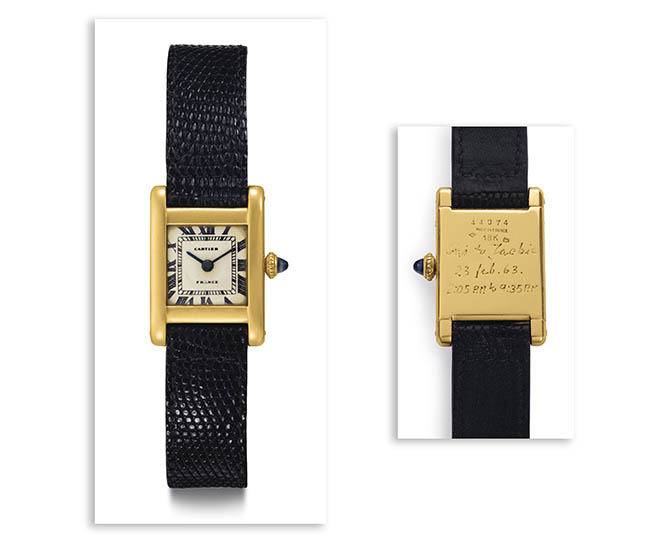 The front and back of the Jacqueline Kennedy Onassis Cartier gold Tank watch purchased by Kim Kardashian at Christie’s. The timepiece is engraved “Stas to Jackie – 23 Feb. 63 – 2:05 am to 9:35 pm.” Photo courtesy

What exactly inspired her to pick up Jackie’s Tank isn’t known at the moment. Perhaps she felt it was time to start building up her jewelry box after she lost so many extraordinary pieces in the robbery during fashion week in Paris last October.  Whatever the case may be, I have a feeling we will find out from Kardashian herself.  Stay tuned.