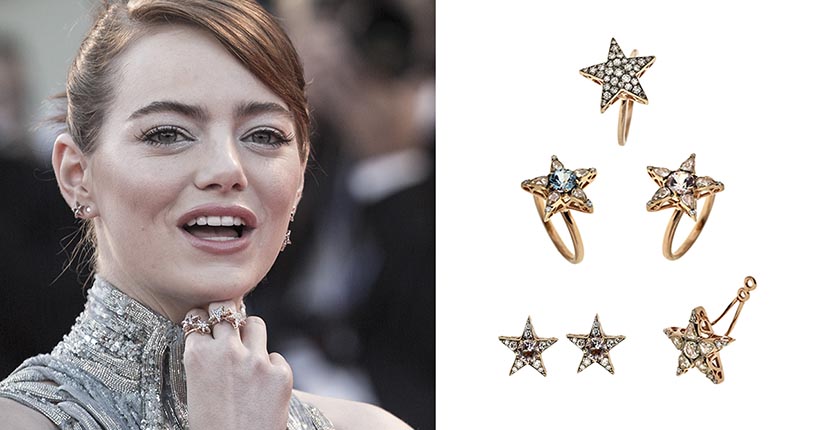 The way an actress dresses at a red carpet event is always a reflection of their feeling about a film. Just take a spin back in your mental Rolodex to review how nominees versus presenters put themseleves together at the Oscars. At the Film Festival in Venice, now universally considered the first stop on the long road to the Academy Awards, Emma Stone was dressed for the win. Her film, La La Land, was universally praised by critics and her Atelier Versace ensemble was called her best ever by some in the fashion sphere.

In the jewelry department, Stone proved yet again that she knows the coolest pieces to wear right now. After shining in stars at the press conference for the film, the actress layered a galaxy of stars from Selim Mouzannar’s Istanbul collection. Inspired by the magical culture of the beautiful Turkish city, the designs have a vintage vibe with pink gold setting and the rose-cut gems that add texture to the jewels. The medium size of the pieces keeps the look youthful. The way Stone styled the earrings asymmetrically and piled on the rings made the look absolutely of the moment.

Emma Watson’s Dreamy Jewelry in ‘Beauty and The Beast’