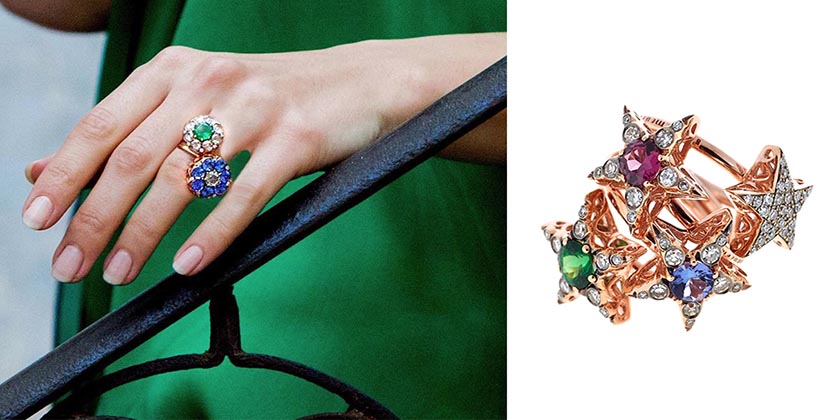 Back in January, we predicted Selim Mouzannar would be one of six jewelry designers to watch in 2017. Well, he has been shining all year long and in the last couple of months any number of celebrities have worn his joyful jewelry. In other words, he has proven us right and then some.

A jewelry veteran with decades of experience in gems and design, the Beirut based designer debuted in the United States last year. His experience shines in the jewels that combine antique motifs with twenty-first century proportions and the most marvelous gems. There is a lovely selection of the jewels on matches.com. See our favorite Selim celebrity moments below. 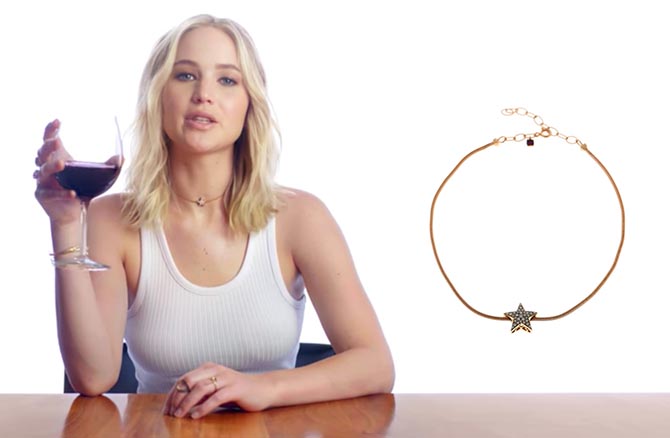 Jennifer Lawrence first wore Selim’s jewelry last year at the December screening of Passengers in Seoul. For her high spirited video promoting a wine tasting being auctioned by the Omaze charity, she wore a Selim Mouzannar diamond star and gold choker from his Istanbul Collection. Lawrence loves this jewel. She was also spotted wearing it casually during the Venice Film Festival. 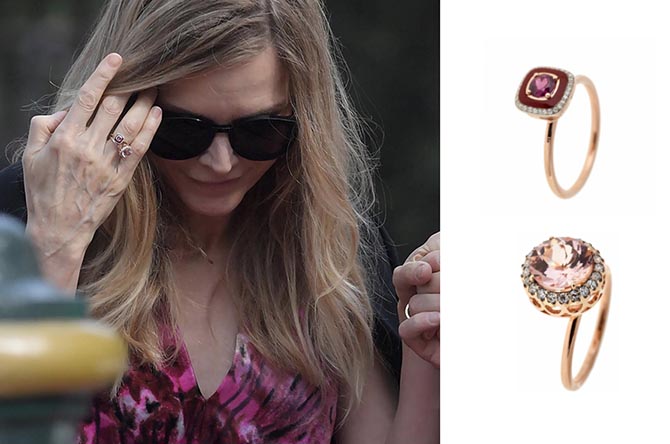 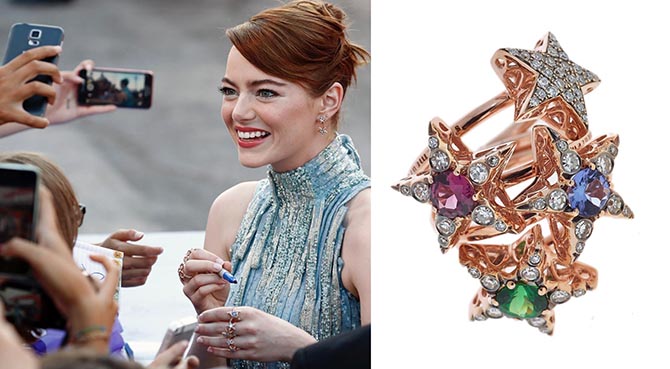 A round-up of Selim Mouzannar celebrity credits would not be complete without the memorable moment last year when Emma Stone wore Selim Mouzannar Istanbul rings and earrings at the 2016 Venice Film Festival premiere of La La Land. The jewels perfectly matched the “City of Stars” song in the film that would won Stone the Oscar for Best Actress.

Retrouvaí Is a Name You Need to Know