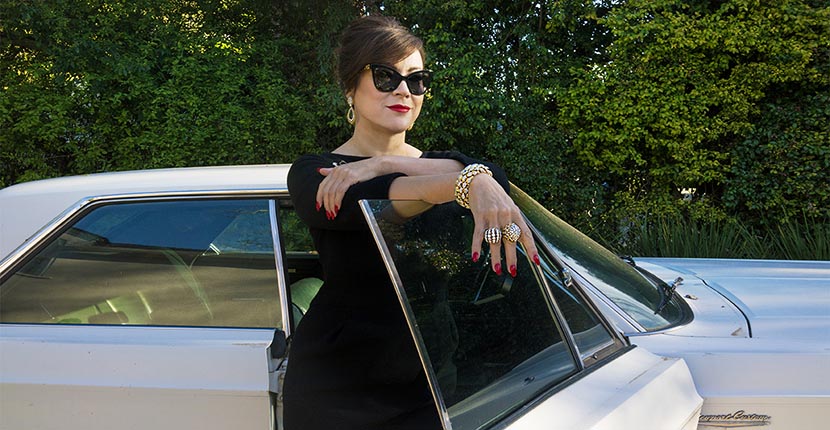 February 21, 2017—Jennifer Tilly is cut from the classic cloth of Hollywood glamour. For starters, she is as much of a bombshell today as she was when she was nominated for an Academy Award for her role as the showgirl Olive Neal in Woody Allen’s Bullets Over Broadway (1994). As fast talking and quick witted as Rosalind Russell in His Girl Friday, she can mix it up with the boys when she plays poker at professional tournaments. She’s also a girl’s girl who hopscotches the globe with her gal pals for her mid-century-style lady-like couture that’s very much in the mode of Rita Hayworth. When it comes to jewelry, Jennifer’s passion is on a par with Elizabeth Taylor. 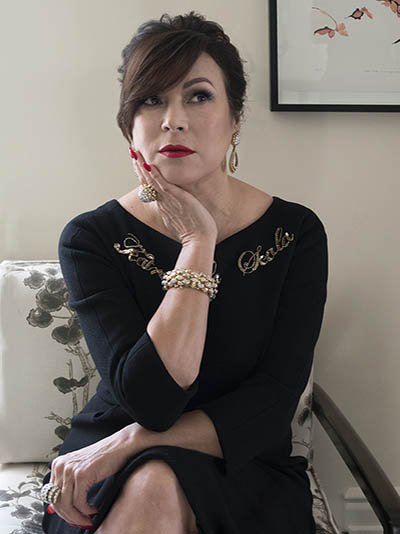 The actress started building her collection decades ago after borrowing pieces a few times for the red carpet. “I felt like Cinderella when, I had to give the jewelry back at the end of an evening,” explains Jennifer. “I got the idea to start collecting while I was watching Joan Rivers interview everyone on the red carpet about their clothes and jewelry.  When she asked Tyra Banks ‘Whose necklace are you wearing?’ Tyra said, ‘It’s mine.’ Her statement ignited a burning desire to have and wear my own jewelry.”

Over the years, Jennifer has shopped for masterworks at the big auction houses. A few of the highlights in her world class collection include a bejeweled evening bag that once belonged to the Duchess of Windsor and a jaw-dropping pair of JAR shoulder dusters from Ellen Barkin’s 2006 auction at Christie’s. The most fabled item in her jewelry box is a Bulgari diamond and emerald floral spray she purchased in 2011 at Elizabeth Taylor’s estate auction at Christie’s in New York.

“I love the story behind it, which maybe isn’t romantic to some people but to me it’s amazing,” explains Jennifer. “Eddie Fisher gave it to Elizabeth on her 30th birthday in 1962 at a dinner party in Rome where she was filming Cleopatra and falling in love with her leading man Richard Burton. Two weeks later she left Fisher for Burton. Eddie hadn’t paid for the brooch yet so he sent the bill to Elizabeth who paid it! Elizabeth was notorious for getting people to buy her jewelry so I thought she must have wanted that brooch awfully badly to pay for it.” 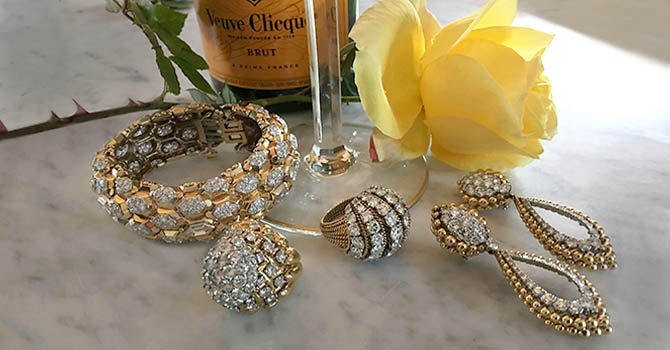 While many of Jennifer’s jewels come with an impressive provenance, others she has infused with a new narrative that captures her singular wit and glamour like the time one of her favorite jewelry dealers showed her a large selection of David Webb in the late nineties. Jennifer recounted the story for me and posed for The Adventurine’s lenswoman Sally Davies, wearing some of her favorite David Webb jewels with one of her Alta Moda dresses by Dolce & Gabbana. Following is her delightful story. 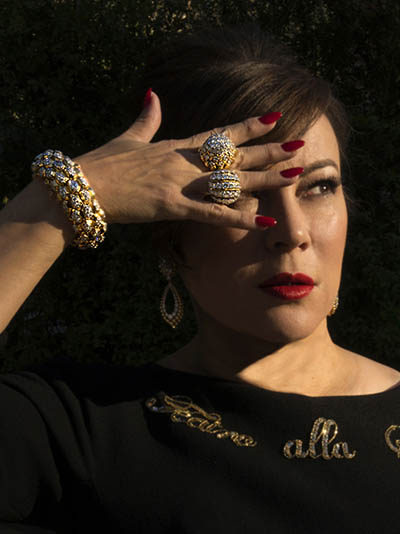 When I was driving home, I called my manager and told him ‘I need some money to pay for my jewelry! Any horrible movie that comes along, I will do it.’ He said, ‘Well, there is this one movie…’ It was a movie I passed on three times. It was truly, truly a heinous film. He said, ‘They still want you.”  I asked, ‘How much are they going to pay?’ It was enough to pay for the jewelry so I told him ‘I’ll take it.’ I was thinking, ‘How bad could it be?’

Well, I played a killer in high heels and there were definitely some shady things going on during the production. Anyway at the end of the week, I got paid in cash. They gave me a big paper bag of money which was a shock. This was before I was a poker player and used to dealing in cash.  Anyway, I took the money off to my jewelry guy and gave it to him for the David Webb jewelry.

I remember asking him, ‘Have you ever been paid in a bag of cash before?’ He laughed and said, ‘You’d be surprised.’  After he counted it, he gave me back three of the hundred dollar bills. He said, ‘These are counterfeit!’  But it was a happy ending, I got the jewelry.

Over the years, I have put together a nice collection of David Webb. I found out the bracelet I was wearing in our photoshoot is very rare. It was a one off, they made for a person and also the earrings. I wore the bracelet and earrings in ‘Seed of Chucky’  because I was playing ‘Jennifer Tilly international movie star.’ I wanted to feel like Elizabeth Taylor or Marlene Dietrich. All the movie stars back in the fifties used to wear their own jewelry in the movies. I thought it would be a little inside joke to be dripping in all my own jewelry.” 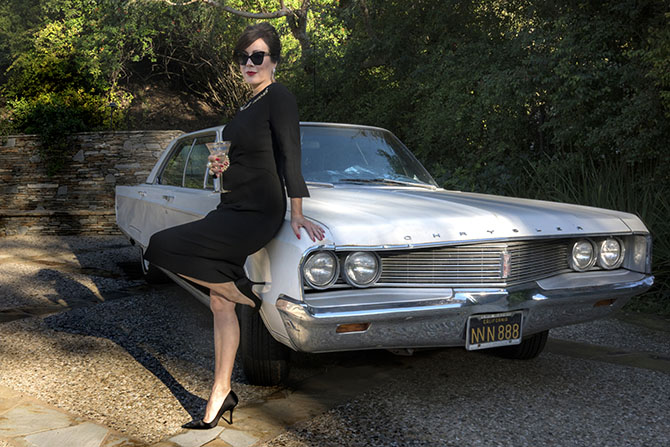 *Special thanks to Brett Freedman for the hair and makeup

Stars Who Wore Their Own Jewels in ‘The Women’