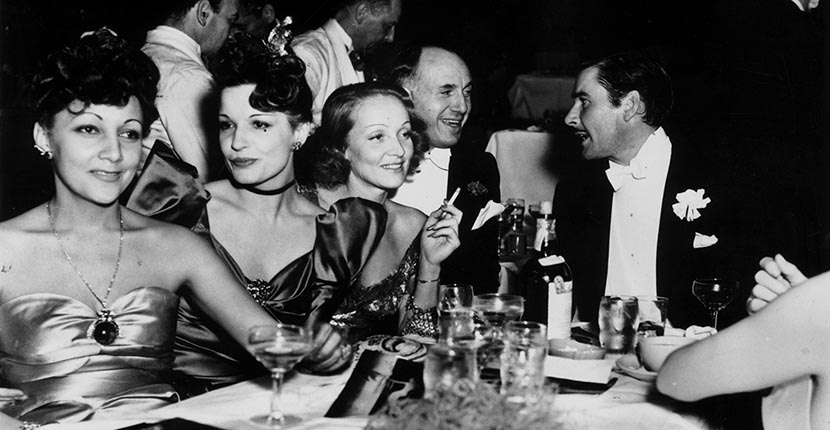 At Auction: A Jewel from Hollywood Royalty

A statement jewel from the collection of Ann Warner, wife of the legendary Warner Brothers studio chief Jack Warner, is being sold at Christie’s in Geneva on November 13, 2018.While the piece isn’t signed it has long been attributed to Trabert & Hoeffer-Mauboussin. The jeweler may have largely been forgotten in Tinseltown today, but it was once one of the hottest in Hollywood.

The New York based firm’s success was fueled by the fact that it had a boutique in Los Angeles when few great jewelers did. Stars loved the bit of French cachet added to the brand in 1936 when the jeweler formed a business relationship with the Parisian house Mauboussin and became known as Trabert & Hoeffer-Mauboussin. The biggest lure of all for the Hollywood crowd was the bold Art Deco jewels set with gargantuan cabochon gems. These treasures showed up on screen, in publicity photographs and when stars were out on the town like nothing has before or since. 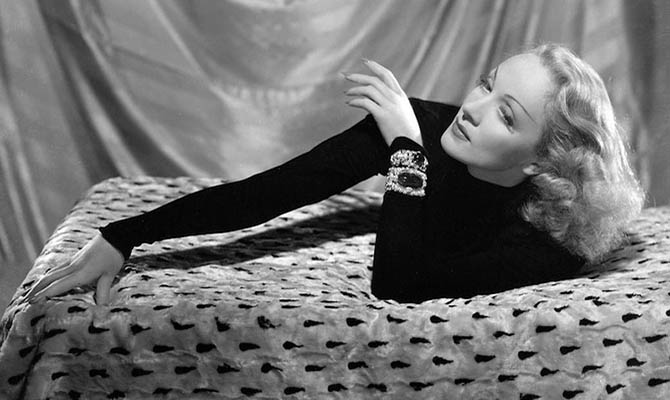 In a splashy marketing move Trabert & Hoeffer-Mauboussin named many of the large gems in their jewels like important stones from royal collections. A brooch set with the 182-carat star sapphire from Sri Lanka dubbed the Star of Bombay was given by leading man Douglas Fairbanks to his wife, Mary Pickford. The actress bequeathed the sapphire to the Smithsonian where it is on permanent display in the Janet Annenberg Hooker Hall of Geology, Gems and Minerals.

An 83-carat ruby cabochon, christened the Star of Burma by Trabert & Hoeffer-Mauboussin, was set in a bold diamond Art Deco clip that could be attached to a lavish diamond and ruby necklace. The jewel appeared in a few films including on actress Joan Bennett in an early Technicolor production, The Vogues of ’38.  The ruby eventually landed in the collection of the famous skater Sonja Henie. 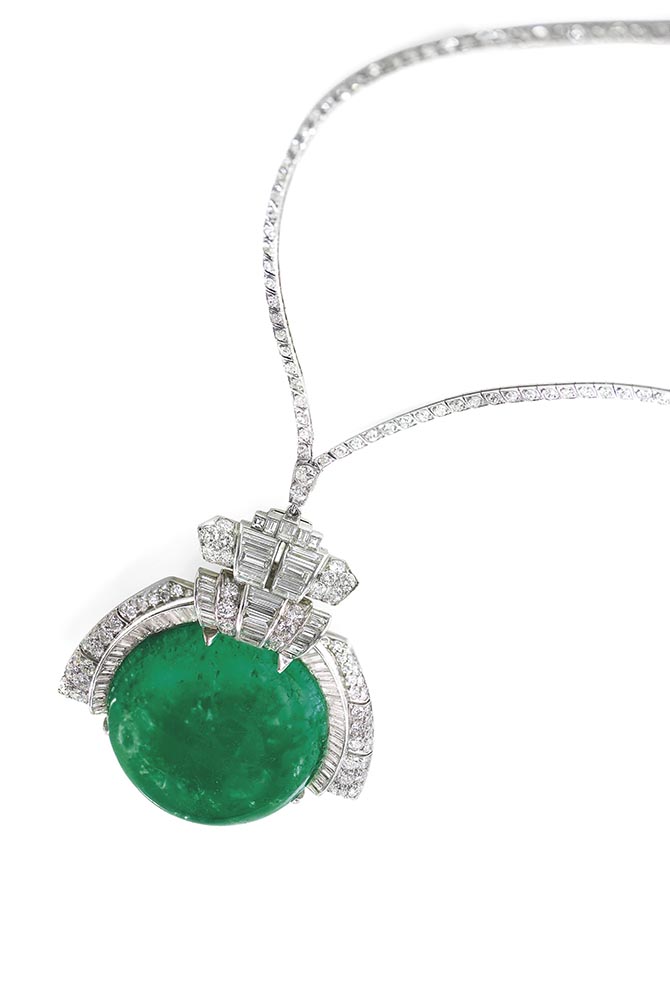 Ann Warner’s 168-carat cabochon emerald and diamond necklace that is not signed but attributed to Trabert & Hoeffer-Mauboussin. Photo Christie’s 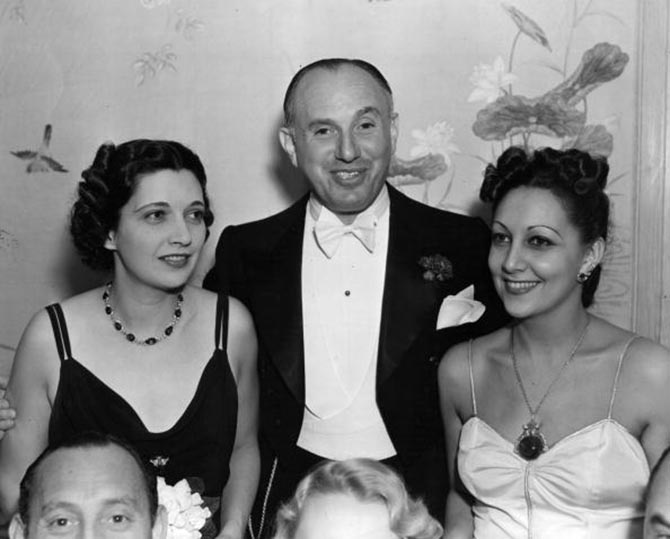 The vivacious movie mogul’s wife was photographed wearing her emeralds on several occasions. Once she was captured in the emerald necklace while dancing at the front of a Conga line with the actor Errol Flynn at Carroll’s restaurant in Hollywood. Another time she was spotted in the jewel when she was greeting Orson Welles and actress Lili Damita at the Annual Motion Picture Guild Charity Party in 1939.

Around 1945, Ann Warner wore her emerald brooch when she posed for Salvador DalÍ. The artist was staying in Hollywood while he worked on the set of Alfred Hitchcock’s film Spellbound. For the haunting image Mrs. Warner is seen in a surrealistic landscape with motifs alluding to the theater. The art captures a moment when Hollywood’s community really became a sort of royalty with their statement jewels and international cultural clout. 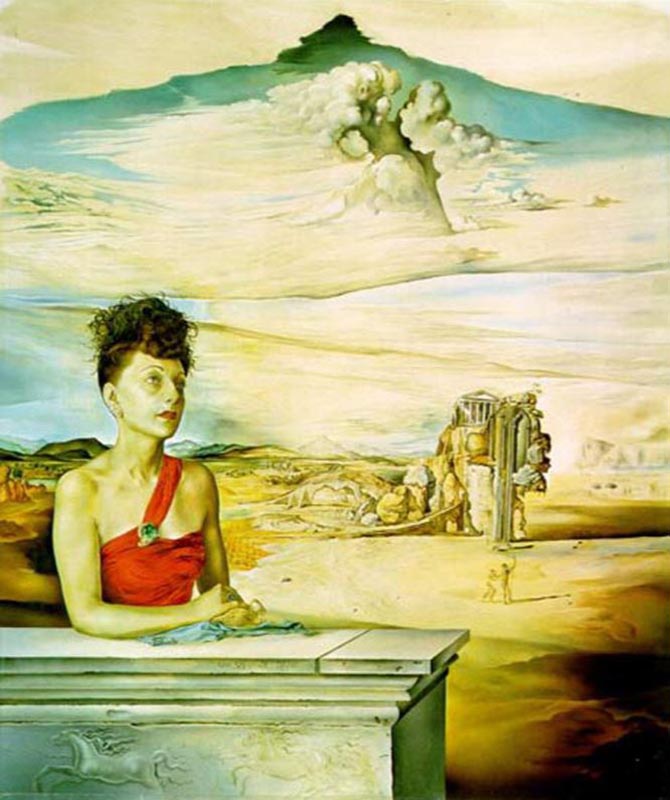 Ann Warner in a Dali portrait wearing her Trabert & Hoeffer Mauboussin emerald as a clip brooch. Photo via

As far as the Trabert & Hoeffer-Mauboussin narrative, the jeweler faded out of the Hollywood picture during World War II when the owner William Howard Hoeffer retired and sold the business. Mauboussin took back the rights to its name around 1954.